It's already been an eventful Monday with the dismissal of head coach Alain Vigneault and assistant coach Michel Therrien. It came at a bit of a surprising time – no, not following a 7-1 loss, but with the Flyers right back on the ice on Monday night to take on the Colorado Avalanche.

Mike Yeo will be behind the bench serving as head coach in the interim, as the Flyers try to avoid a ninth straight loss. 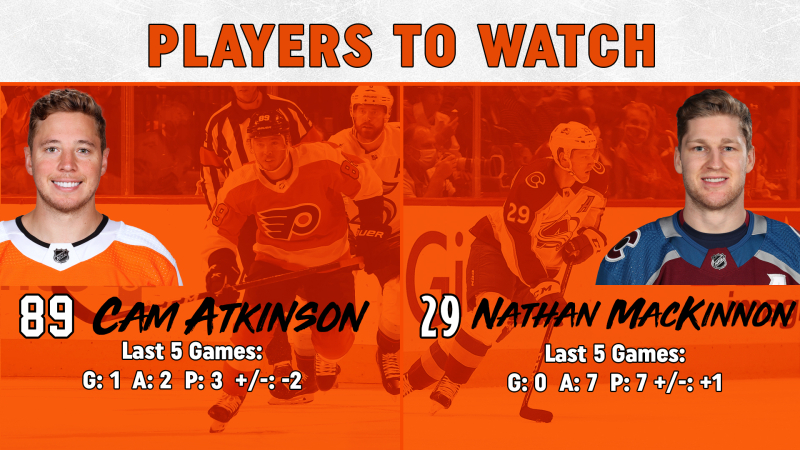 Cam Atkinson scored the lone goal of Sunday's game on the power play. The Flyers need somebody to get going, and Atkinson focused on the need to take more shots. That's certainly a key part of his game and he'll look to show it against the Avalanche.

Nathan MacKinnon has missed a large portion of the season due to injury, but still has 16 points in 11 games. That said, he has only one goal and has an eight-game goalless drought going back to Oct. 23. He could be poised to end that on Monday. 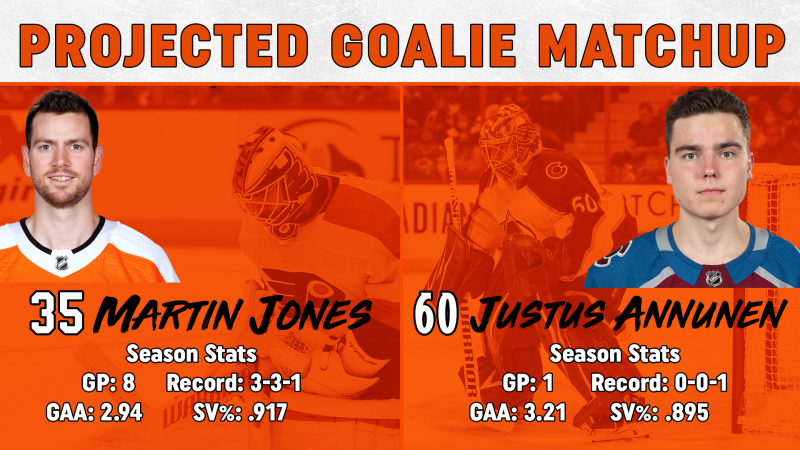 Martin Jones goes back in net after entering in relief of Carter Hart on Sunday night. Jones made 10 saves on 12 shots in the remainder of the 7-1 loss to Tampa Bay. His last start came the previous Sunday, allowing four goals in the loss to New Jersey.

Justus Annunen gets the call in goal for Colorado. This will be the 21-year-old netminder's first career start and second career appearance. He allowed two goals on 19 shots in relief in an overtime loss to Ottawa on Saturday. 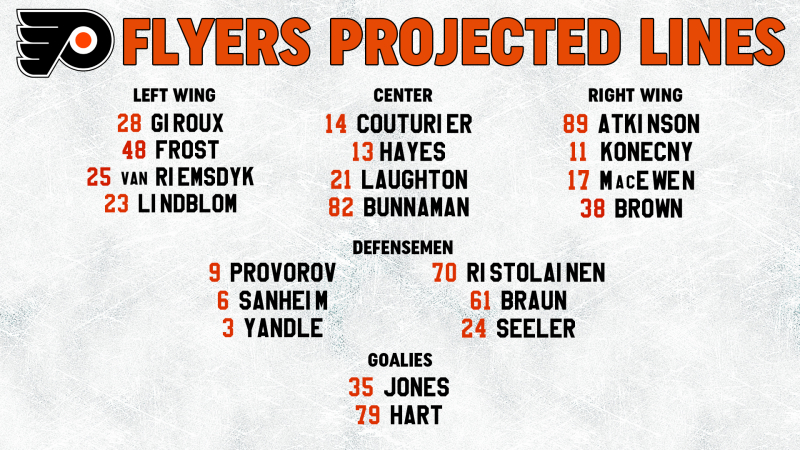 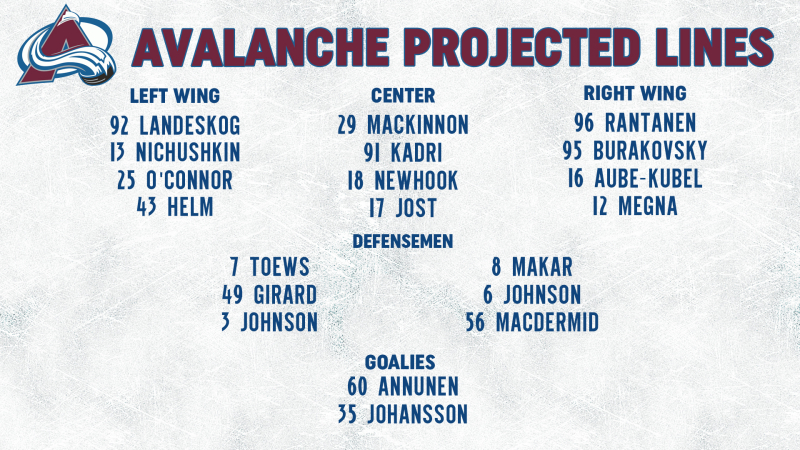