At this time a year ago, the Flyers were in the midst of a 10-game losing streak, about to fire their head coach after a visit from the defending Stanley Cup champions and set to face another contender the next night. The loss that forced the team's hand to make a change behind the bench was against the Tampa Bay Lightning on Dec. 5, 2021. The night the change was made, the Colorado Avalanche were in town.

This year, the Avalanche return as the defending Stanley Cup champions, while the Flyers remain in a similar position. 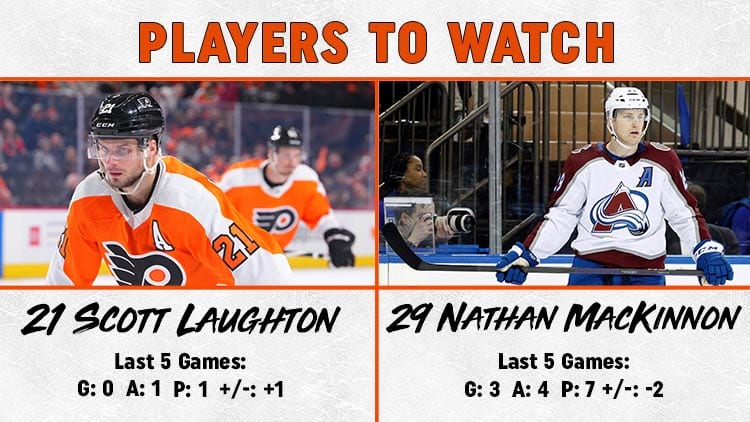 Scott Laughton has been quiet production-wise since making his return to the lineup, but has made an impact in helping improve defensive structure. He'll look to get back on the scoresheet again.

Nathan MacKinnon had been slowed down a bit after a six-game points streak was snapped on Nov. 17. In the following six games, he had four points, but rebounded in a big way last Thursday with two goals and three assists against Buffalo. 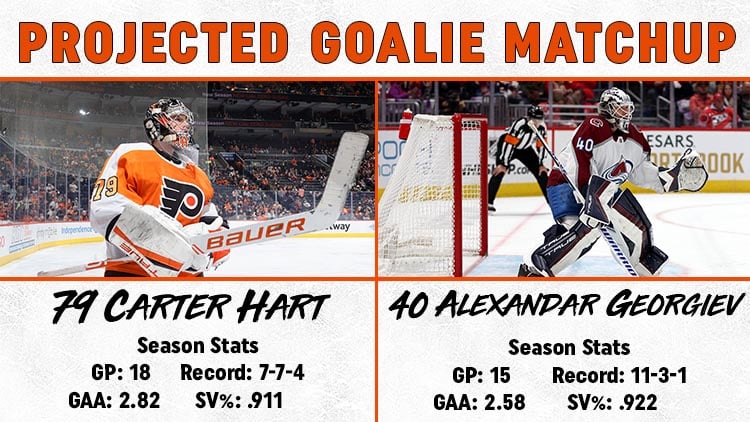 Carter Hart faced limited action against the Devils on Saturday, but allowed three goals on 18 shots in the loss. He'll get the start on Monday against the Avalanche.

Alexandar Georgiev got the win in his last start on Dec. 1 against Buffalo, despite allowed four goals on 28 shots. He has won nine of his last 12 starts. 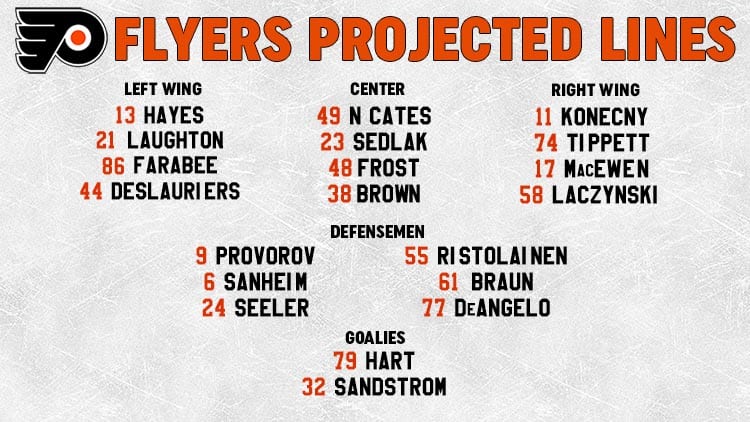 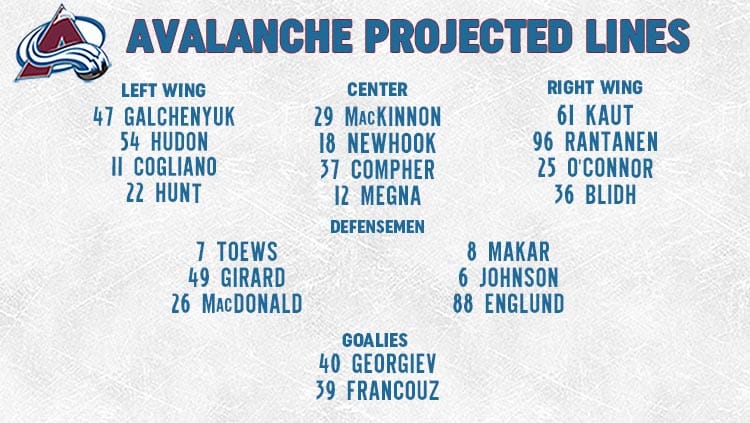