On multiple occasions in the past month, the Flyers have been close to winning a few games. More times than not, they just simply find a way to come out on the other end of the decision. Entering Saturday's game, it's now 21 losses in the last 24 games.

This includes losses in eight of the last nine games, the last six games all coming on home ice. The homestand nears its end, as the Flyers take on the Chicago Blackhawks on Saturday afternoon. 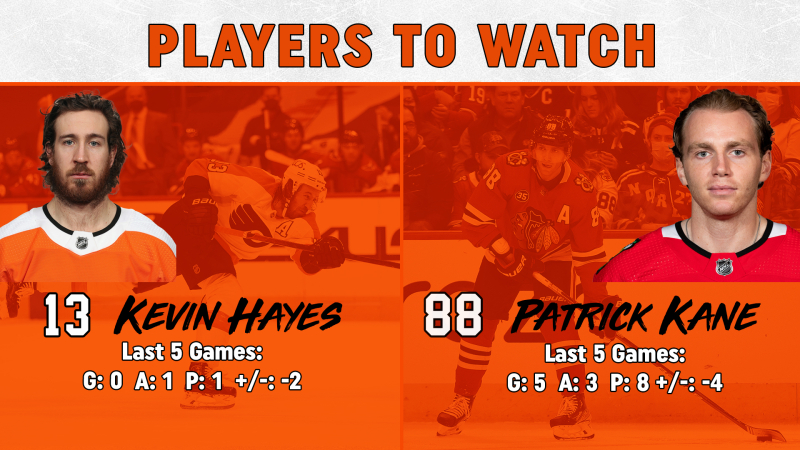 Kevin Hayes makes his return to the lineup for the first time since Jan. 17. Hayes has played through injury for much of the season, undergoing multiple procedures. His most recent return lasted from Dec. 1 through Jan. 17, a stretch of 18 games where he scored two goals and had seven points. It's fair to wonder if Hayes is truly healthy enough to play and if it's even a good idea for his to return in a season that has essentially been lost since his initial return in December.

Patrick Kane comes into the game on a hot streak. Kane had a goal and an assist in his last game on Thursday night against Edmonton. Three games ago against New Jersey, he posted a hat trick and four-point game. 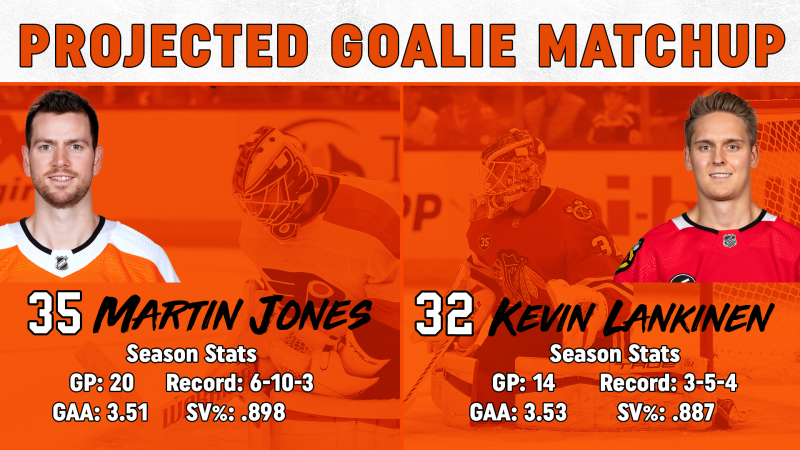 Martin Jones makes the start for the Flyers. Jones gets his first start since Feb. 22, when he allowed two goals on 24 shots in a loss to the St. Louis Blues. Jones has lost eight straight starts going back to Dec. 29. He had allowed three or more goals in seven straight starts prior to his most recent against the Blues.

Kevin Lankinen makes his return in goal for the Blackhawks. This is his first start since last Friday when he got the win against the New Jersey Devils despite allowing five goals on 36 shots. That was Lankinen's first win since Nov. 26, having lost his previous four starts since. Lankinen has appeared in just 14 games this season, including just three since Dec. 18. 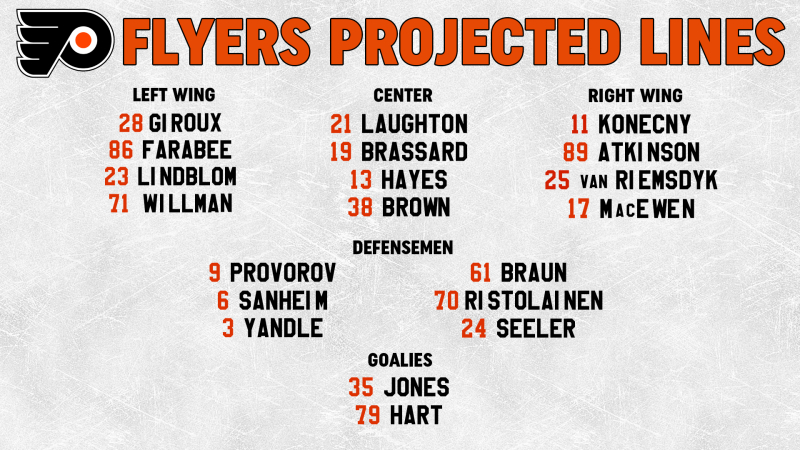