When the schedule was initially released, this date was circled on the calendar for two participants in tonight's game. An offseason trade between the Flyers and Columbus Blue Jackets sent two veteran players to new destinations.

Those two players face their former teams on Thursday night. For the Flyers, it also may be the second time already this season that they reach double-digits on a winless streak. 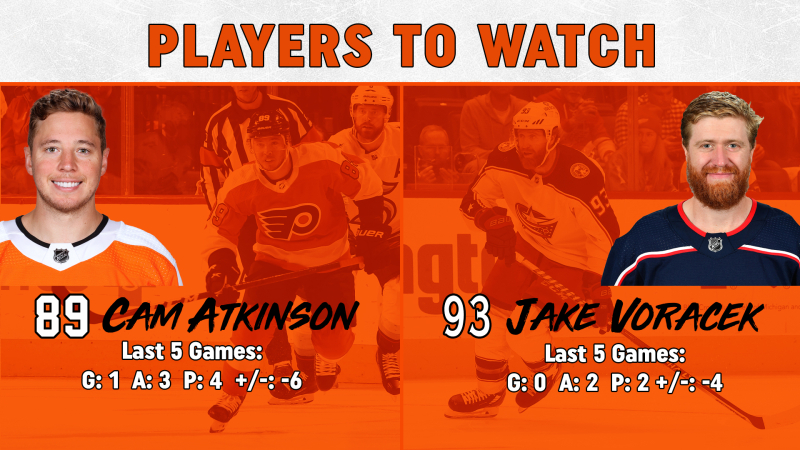 Cam Atkinson plays his first game against his former team on Thursday. Atkinson had an assist in Tuesday's game and continues to lead the team in goals with 15 on the season.

Jake Voracek comes out of COVID protocol ahead of Thursday's game, just in time to make his return against his former team. Voracek has not played since Jan. 11 and had just two assists in the last five games. Voracek has just one goal this season, and has gone 22 games without a goal. 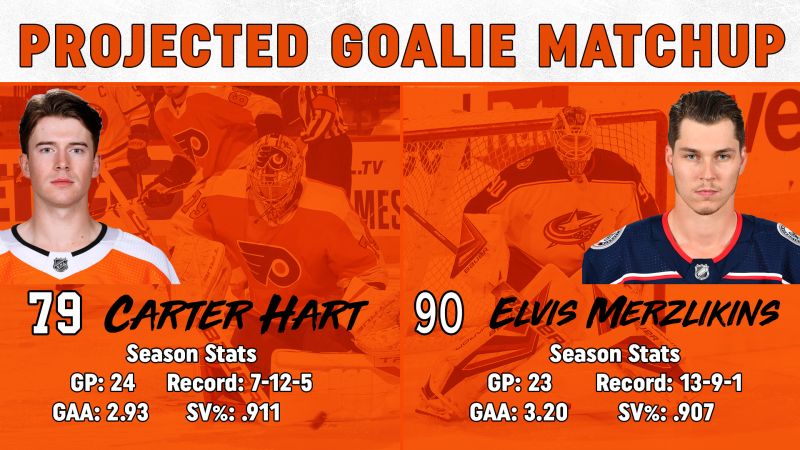 Carter Hart gets the start again for the Flyers. Hart made 28 saves in regulation and overtime before making another six in the nine rounds of the shootout in the loss. Hart remains consistent in his performances, allowing three goals or less in eight of his last nine starts. Despite that, Hart has just two wins in his last 14 games.

Elvis Merzlikins gets the start for Columbus. Merzlikins struggled in his last start, allowing four goals on 15 shots in 13:28 against Florida. In the start before that, Merzlikins made 31 saves in a shutout win over the Hurricanes. 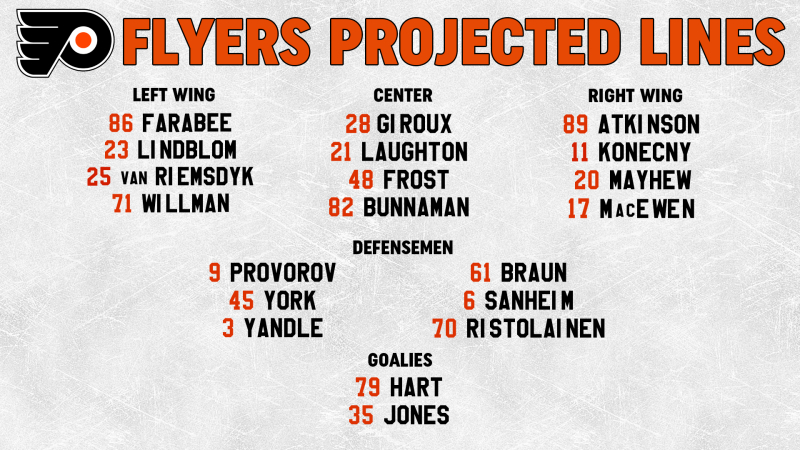 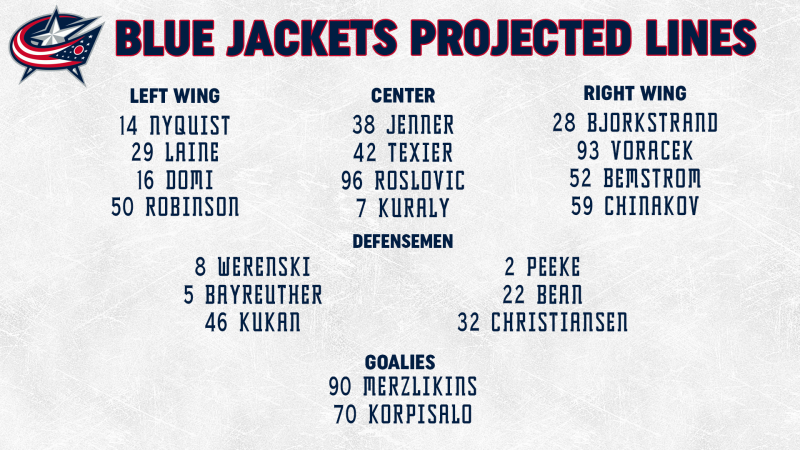