The Flyers and Bruins are taking things outside at Lake Tahoe. For the Flyers, the Bruins have been a thorn in the side for the entire season, handing them four losses so far. The road doesn't get any easier as the Flyers head into this game with a still shorthanded lineup.

The Bruins continue to sit atop the East Division standings and pace the division. However, the playing conditions are even for both sides, as neither will have touched the outdoor ice surface prior to warmups and poor conditions forced the suspension of Saturday's outdoor game to Saturday night and pushed this game back to an evening start time.

Get our free mobile app 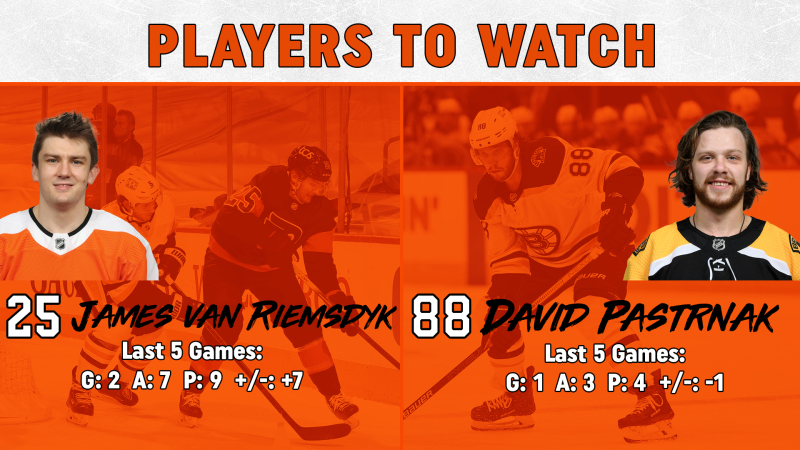 The Flyers have gotten a lot of production out of James van Riemsdyk this season. They will need him to be a top performer to remain competitive in this game. Despite not recording a point in Thursday's game against the Rangers, he still has nine points in his last five games.
David Pastrnak is always a top producer for the Bruins, but he has cooled slightly since tearing things up in his first few games. He has one goal and four points in his last five games, still excellent production, and looks to continue his dominance against the Flyers. Carter Hart played well despite taking the shootout loss in Thursday's game against the Rangers. He will be back in goal for his first outdoor game in the NHL to face the Bruins.It's no surprise that Tuukka Rask gets the call again against the Flyers. Rask picked up a pair of wins against the Flyers in back-to-back games in Philly a couple of weeks ago, and has continued his strong start to the season.Projected Lineups 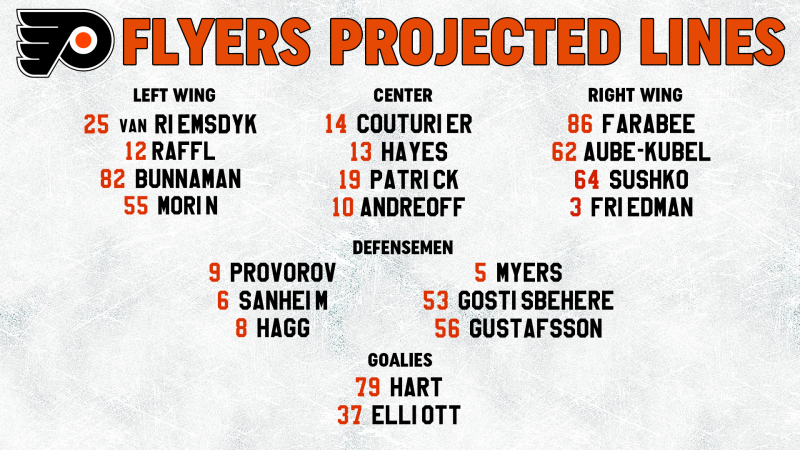 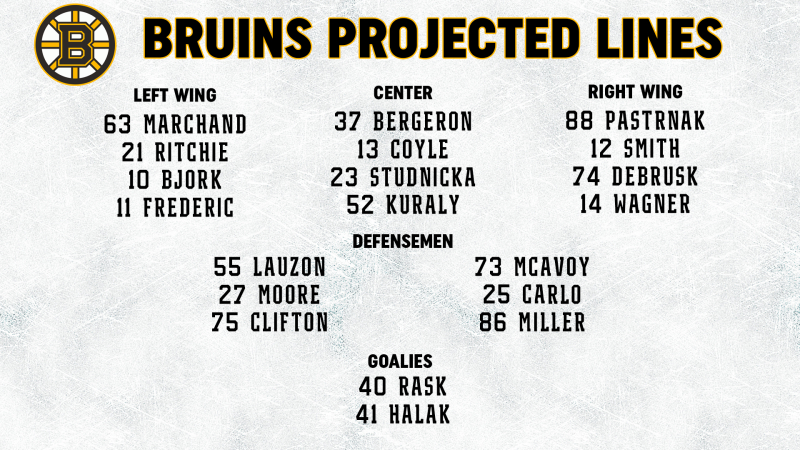