If the Flyers still want to believe a playoff push is truly possible, these next two games are their season. A home-and-home on back-to-back nights against the Boston Bruins sets the stage. If the Flyers win both in regulation, they will move into a tie with the Bruins, though Boston would still hold the edge with two games in hand. Still, the pressure would be on for both sides.

But a loss to Boston in either game essentially answered the big, looming question for the Flyers regarding their trade deadline approach. The first game gets going on Monday night. 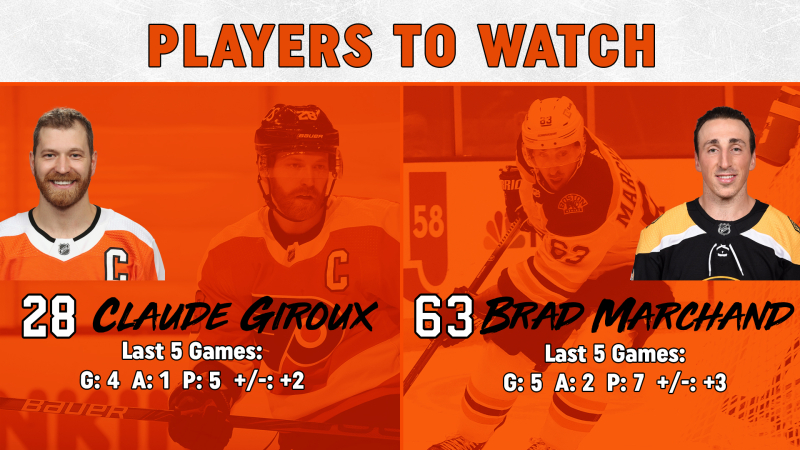 If the Flyers are even in position to win a game lately, Claude Giroux's been in the middle of it. In the last five games, Giroux has four goals, bringing his season total to 11. The Flyers season hangs in the balance, and it's likely it will take the captain's efforts to keep it alive.

Brad Marchand continues to heat up as the season progresses. He's pulled ahead in the Bruins scoring race with 41 points on the season and seven in the last five games, including a hat trick and four-point game in his last outing against Pittsburgh. 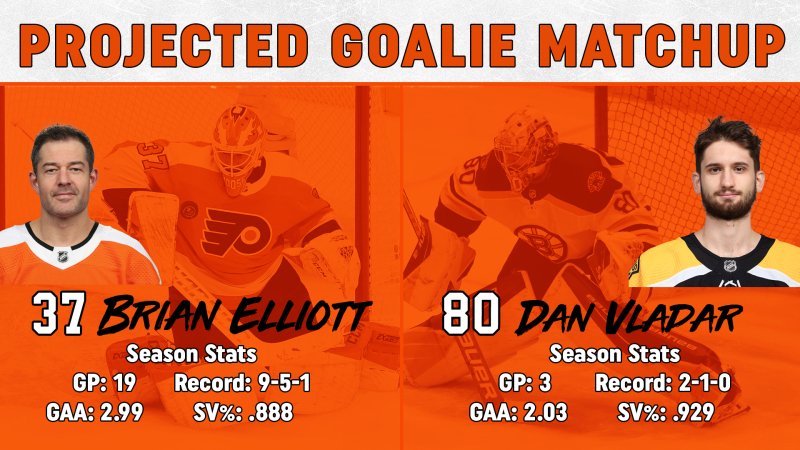 Brian Elliott gets the start in goal on Monday night and Carter Hart will go on Tuesday. Elliott has done his best to carry the Flyers, especially with Hart getting a reset, but struggled in his last start against the Sabres, allowing four goals on 16 shots. Elliott has faced Boston twice this season, allowing one goal in relief on Feb. 21 in the third period, and allowing two goals on 23 shots in a 2-1 loss on Feb. 5.

Well, the Bruins are in a bit of a situation in goal. Tuukka Rask is skating again, but not yet able to play in Monday or Tuesday's games. Jaroslav Halak had a positive COVID test on Monday morning, so he enters COVID protocol and will not play on Monday either. That means Dan Vladar gets the start, just the fourth of his career. 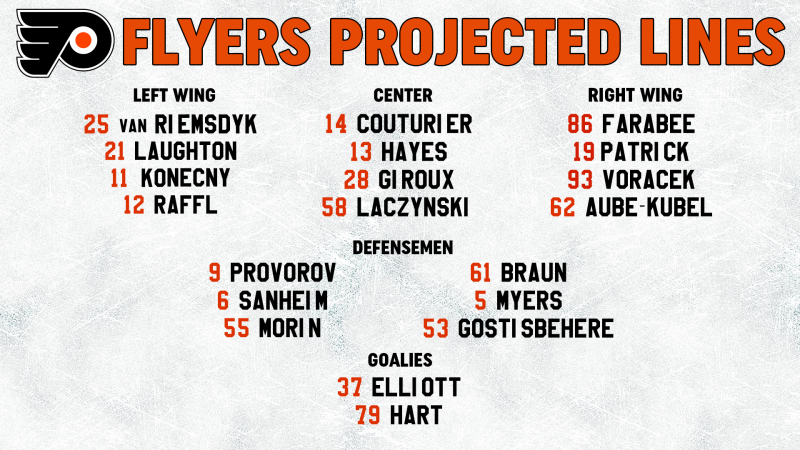 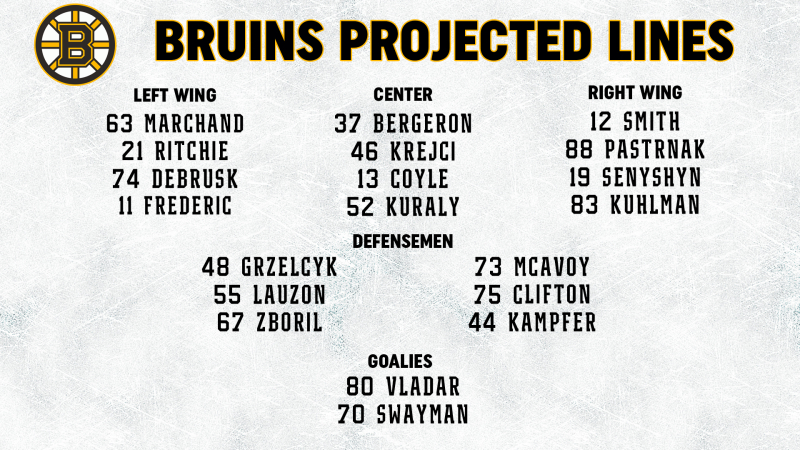