The Flyers had Tuesday night off with their previously scheduled game against Carolina postponed with the team still facing various COVID issues. Many of those players have since returned, as the team returns to the ice to face the Boston Bruins on Thursday night.

This is a game with two teams going in opposite directions. The Flyers have lost five straight games going back to Dec. 30. The Bruins are fresh off a 5-1 win over the Montreal Canadiens on Wednesday night and have won five of their last six games since New Year's Day. 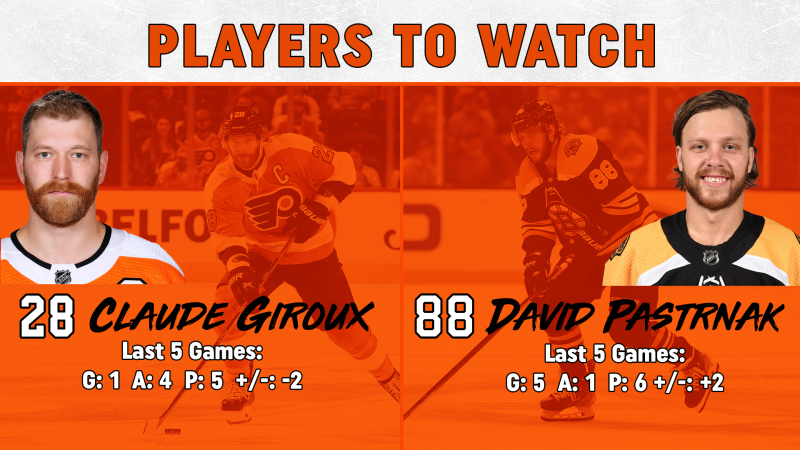 Claude Giroux makes his return to the lineup after missing the last three games on the COVID list. He turned 34 on Wednesday and has continued to put together consistent production numbers, leading the team with 29 points in 32 games this season. Giroux had two assists in his last game in Los Angeles on New Year's Day, and had five points in the previous four games.

After going four straight games without a point, David Pastrnak put together a four-game stretch with five goals and one assist for six points. In Wednesday's game against Montreal, Pastrnak was held off the board, despite another five-goal outburst from his team. Pastrnak has 16 goals and 28 points in 24 career games against the Flyers. 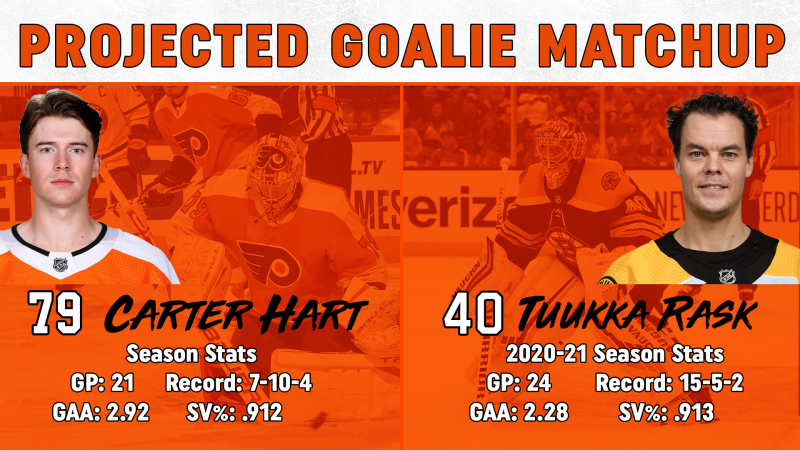 Carter Hart gets back in goal for the Flyers. Hart had a rough start in his last outing against Pittsburgh, allowing six goals on 32 shots in a loss. Since returning from his own stay on the COVID list, Hart has lost both of his starts. His last win came on Dec. 14 over New Jersey, where he stopped 26 of 27 shots.

Look who's back in the crease for the Bruins. Tuukka Rask makes his return to the ice for his season debut. It's fitting he'll get the call against the Flyers, a team he has experienced great success against. In 26 career games, Rask has a 19-2-4 record against the Flyers with a 2.06 GAA and .927 save percentage. 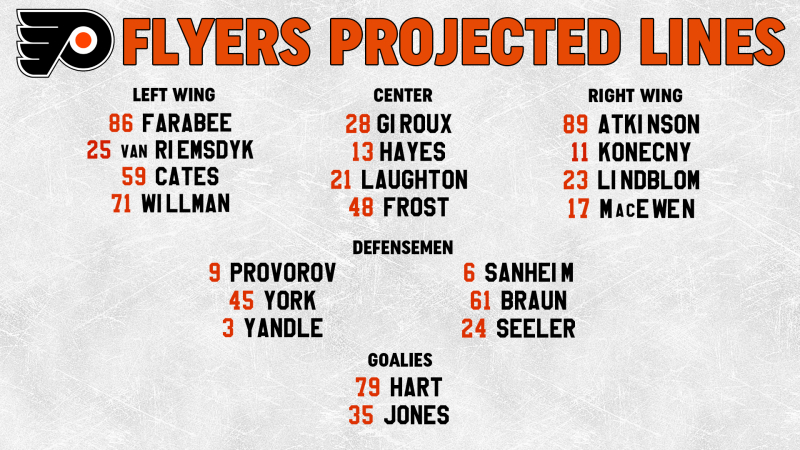 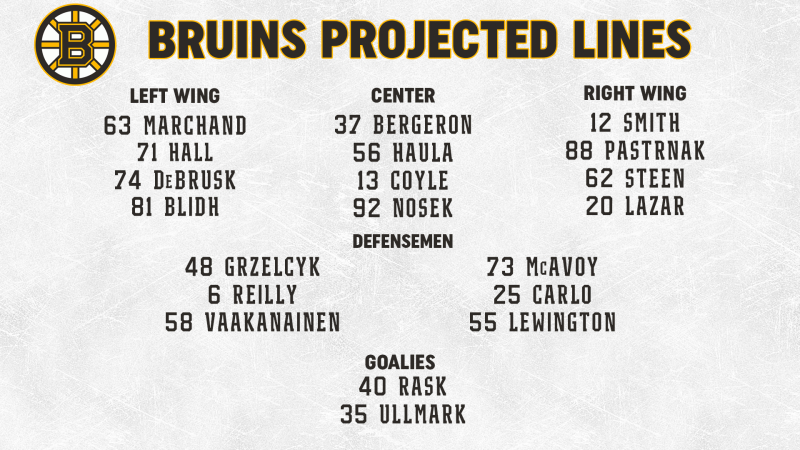