The Flyers greeted former head coach Dave Hakstol on Monday and claimed their first win of the 2021-22 season in a convincing manner. Now they get their first meeting of the season against a team they saw plenty of a season ago.

The Boston Bruins come to town, playing in just their second game of the season. For three Flyers, it will mark their first game in the Orange and Black. Travis Konecny's season has gotten off to a good start with goals in each of the first two games. After a disappointing 2020-21 season, Konecny appears to have a lot of confidence again. We'll see if his early-season production continues against Boston on Wednesday.
Brad Marchand was right in the middle of everything in Boston's only game of the season so far. His two goals helped lead the way to a win over Dallas on Saturday night. A noted Flyer killer, Marchand will be one to watch for again on Wednesday. 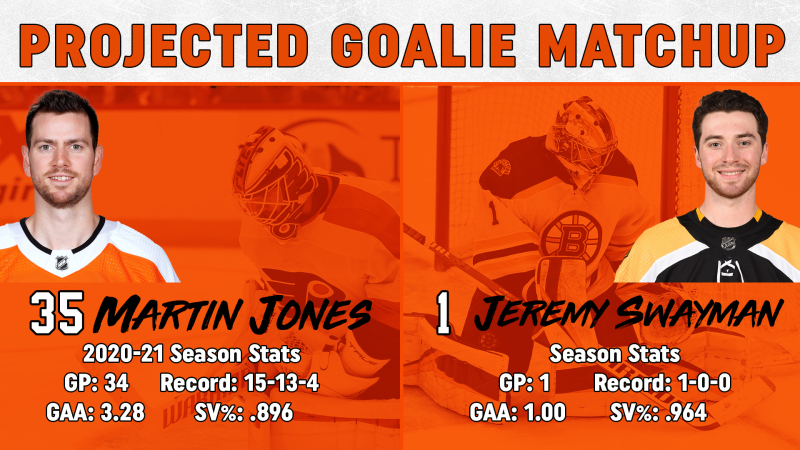 For the first time in his Flyers career, Martin Jones gets a start. Jones played regularly in the preseason, including starting the final game of the preseason against Washington back on Oct. 8. In his first game action since then, this will be his chance to make a true first impression.

Jeremy Swayman will be back in goal for Boston for their second game on Wednesday night. Swayman made 27 saves on 28 shots in the win on Saturday. Swayman faced the Flyers twice last season, making his NHL debut on April 6 with a 40-save victory, then taking the loss on April 10 while making 20 saves. 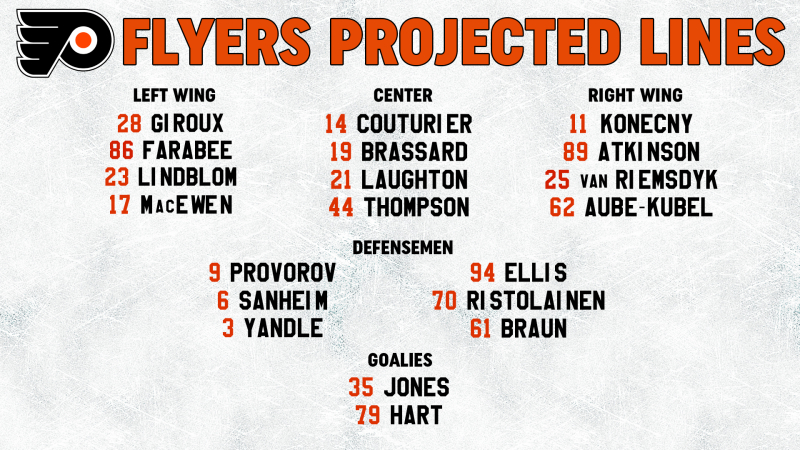 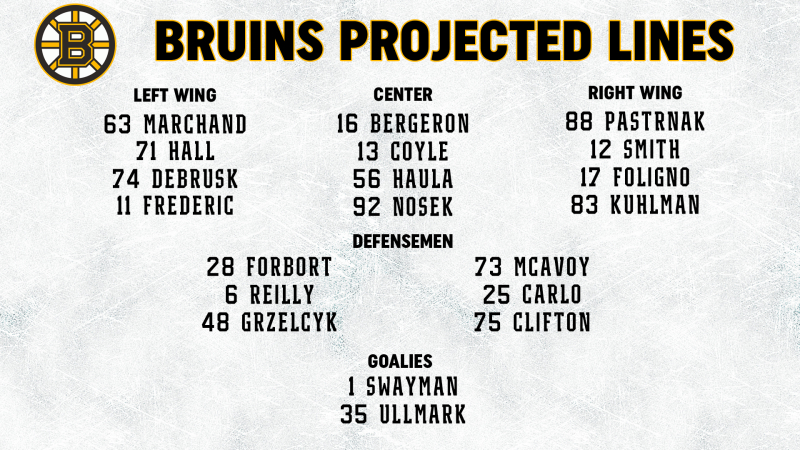