The long losing streak is over after 10 games, and now the Flyers move on in their schedule looking to build on a positive result.

The Flyers close out a three-game road trip in Arizona to face off against the NHL's last-place team, the Coyotes. 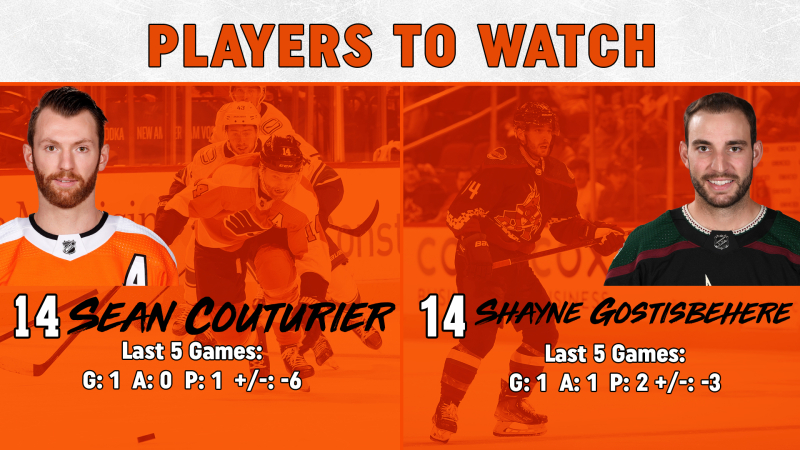 Sean Couturier has certainly been battered, needing repairs after clipped with a high stick earlier in the week and then taking a skate to the wrist in Friday's game. He did finally snap a long goalless drought with a power-play goal in Friday's win, and perhaps that can get some of his offense going again.

Shayne Gostisbehere remains tied for the team lead in points, and after he and the rest of his teammates were shut out in Philadelphia, you know he would love to find a way to score against his former team. Sitting at 17 points on the season, he is just three shy of matching his 2020-21 total. 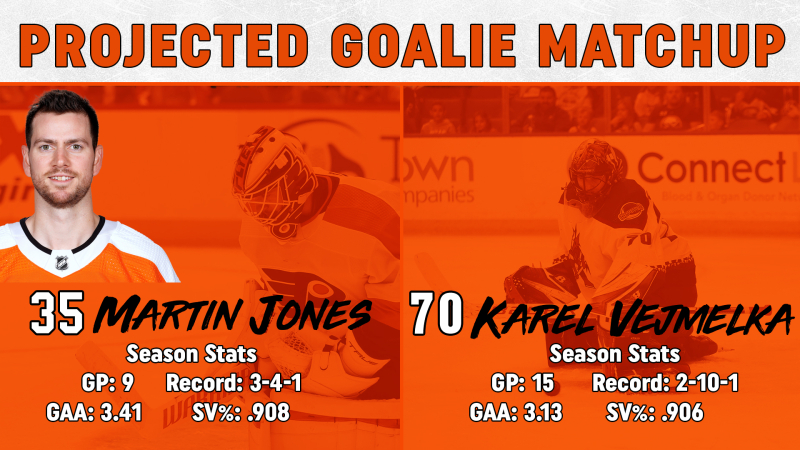 Martin Jones gets the start for the Flyers. Jones struggled in his last start on Monday, allowing seven goals on 50 shots in a 7-5 loss to the Colorado Avalanche. Jones also appeared in Sunday's game in relief, allowing two goals on 12 shots. It's been a rough stretch for Jones, who has allowed at least four goals in four of his last five starts and has not won since Nov. 6 against Washington.

Karel Vejmelka gets the call in goal for Arizona. Vejmelka's last start came last Friday against Vegas, and he allowed seven goals on 32 shots in that loss. Prior to that, he picked up his first two career wins, including a 46-save shutout against Winnipeg on Nov. 29. Against the Flyers on Nov. 2, Vejmelka allowed two goals on 33 shots in a loss. 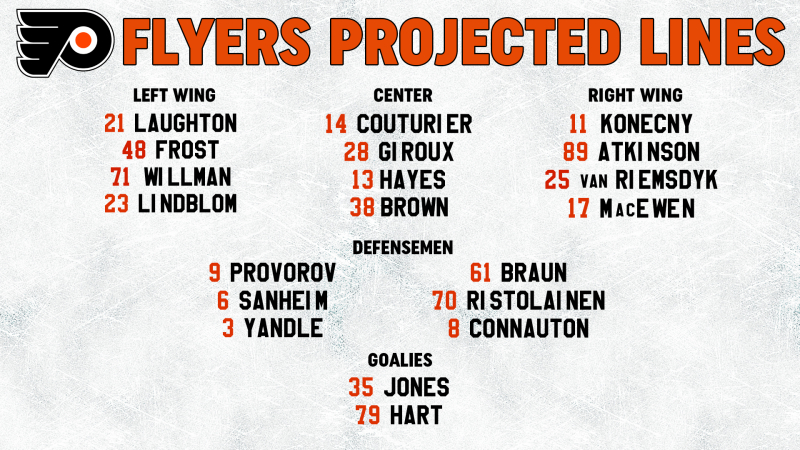 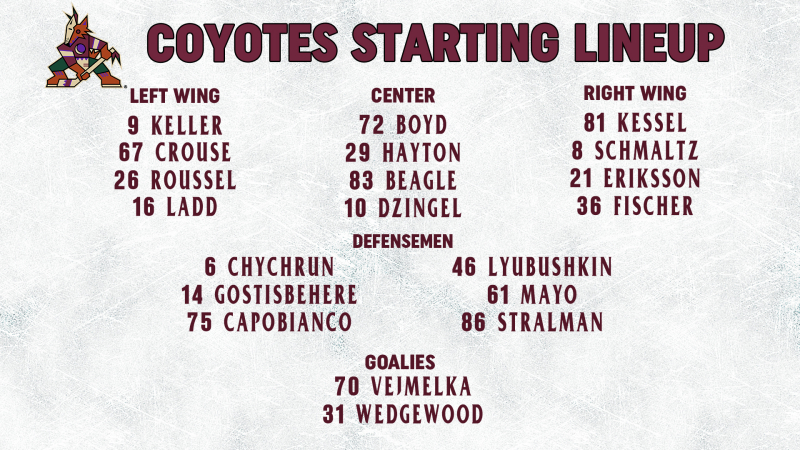