After an ugly weekend in Boston, the Flyers remain on the road for their next series of the season. The schedule turns and brings on an upstart New Jersey Devils team that has won three of its first five games this season.

The Flyers are out to avenge another 6-1 loss – they did last Tuesday against the Sabres – and try to return to the win column after suffering back-to-back regular season losses for the first time since last January. The Devils are looking to follow up a 2-0 win over the Islanders on Sunday.

The Flyers face the Devils at 7 p.m. 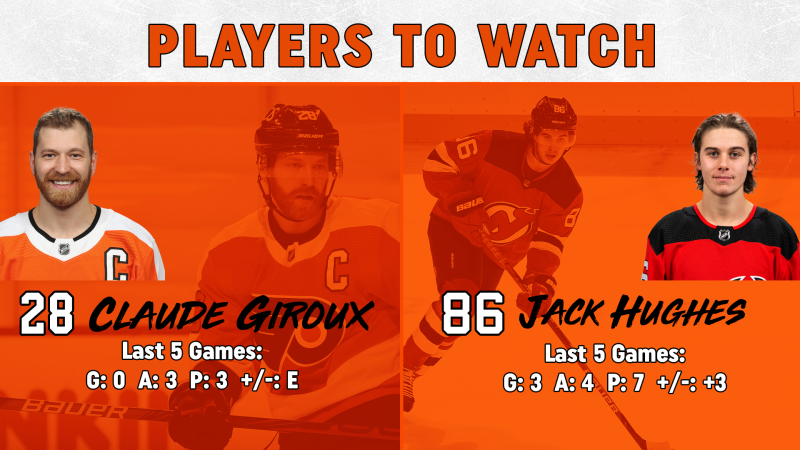 Flyers captain Claude Giroux will pass Bobby Clarke for the most games as Flyers captain in franchise history. On a night like this, after a second embarrassing performance on the week in Boston, they could use a big game from him to lead the way. Giroux gets most of the attention as the captain of the team and in situations like this, a lot is expected of him as a leader. A win would help quell some of the concerns, but a big performance from many led by the captain would really speak volumes.
Jack Hughes was a highly-touted first overall pick who now is really starting to break out. In just five games, he has three goals and four assists for seven points and has been a big reason for the early success the Devils are showing. As a player with lots of speed and skill, look for him to be the guy who gets into good scoring position or has room to make a play as he tries to be the offensive leader again. 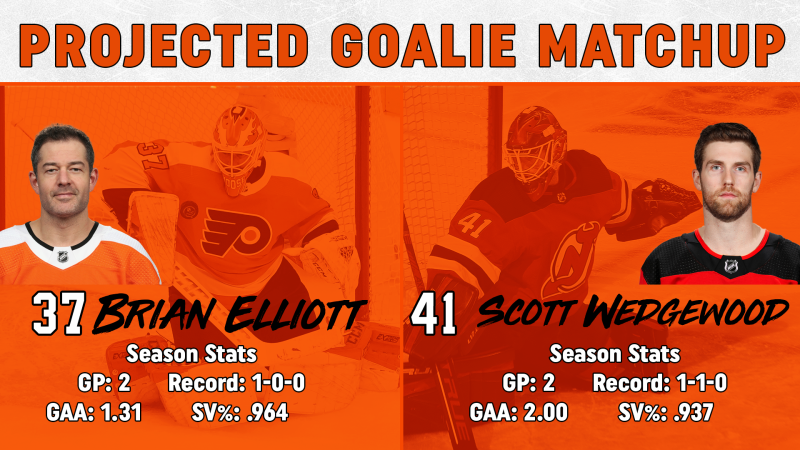 It may not have been a good week for the Flyers, but Brian Elliott's week was pretty solid with the only win of the week in a 40-save shutout. As much as the Flyers will want to lean on Carter Hart and let him overcome his early-season struggles, Elliott needs the consistent work to stay sharp and this game provides him another opportunity to do so.While the Devils deal with some players unavailable and out of the lineup, Scott Wedgewood has stepped up and filled in the role nicely. His secured the shutout in his last game, making 28 saves against the Islanders and bouncing back from a loss to them earlier in the week. 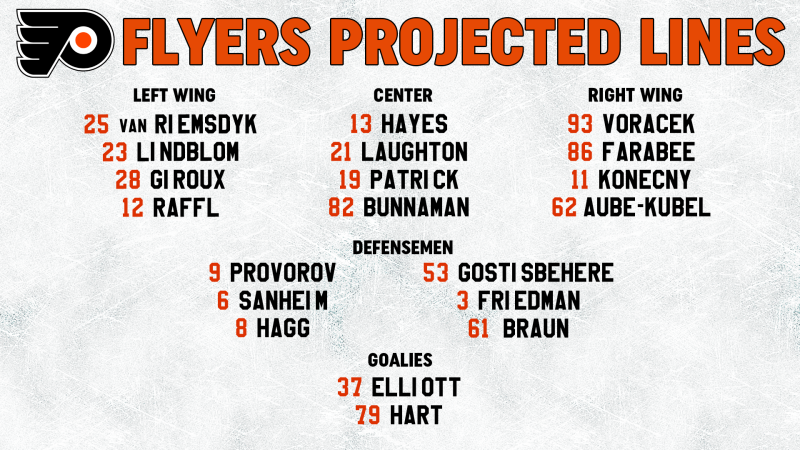 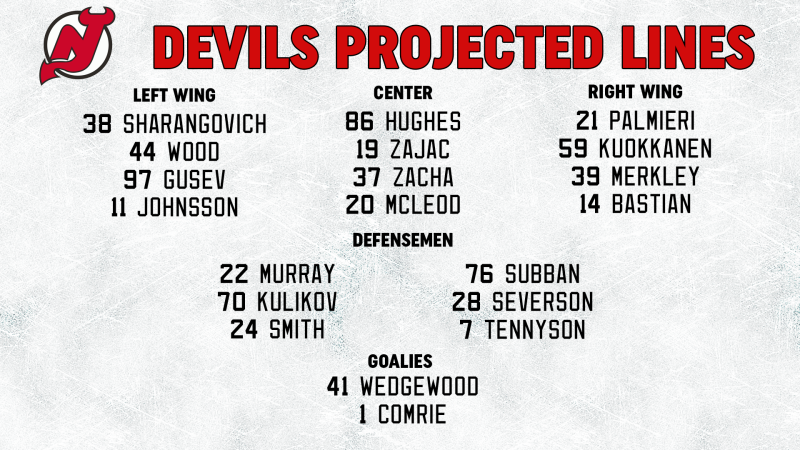