The Flyers kicked off the new year with another edition of Flyers After Dark. It ultimately featured too many of the habits from 2021 that they are trying to break as a team, bringing their seven-game points streak to a close.

The four-game road trip out of the holiday break ends with one more game on the West coast on Tuesday night against the Anaheim Ducks, albeit with many players out due to COVID protocol on both sides, including both team captains, a budding young star for Anaheim, and the Flyers other top-pairing defenseman. 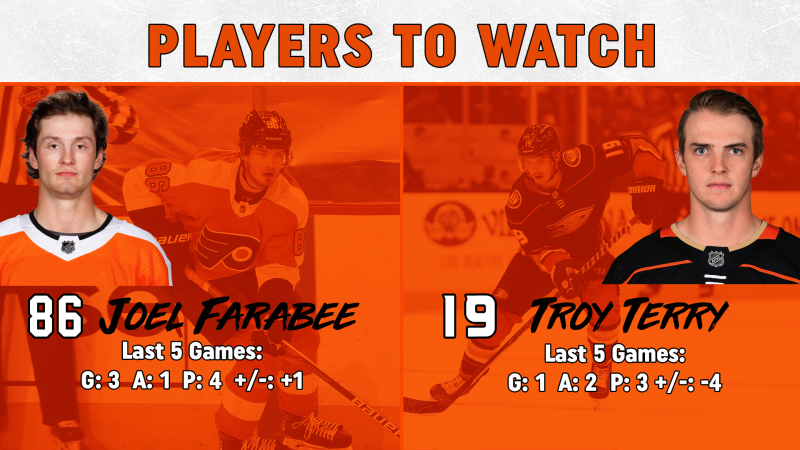 Troy Terry has cooled off since a hot start, but he remains Anaheim's leading scorer with 18 goals and 31 points. Despite scoring just one goal in the last five games and going goalless in the last four games, he's a talented young player that knows how to find the net. Carter Hart is expected to get the start for the Flyers. Hart makes his return to the lineup for the first time since Dec. 16 when he took the shootout loss in Montreal. He was out for the final game prior to the holiday break with a non-COVID illness, then entered COVID protocol out of the break.

John Gibson starts for the Ducks. Gibson is currently in a personal five-game losing streak, most recently allowing three goals on 35 shots in a loss to Colorado. His last win came on Dec. 9. That is also Gibson's only win since the start of December. He had a 1-2-4 record in the month and added another regulation loss on Sunday. 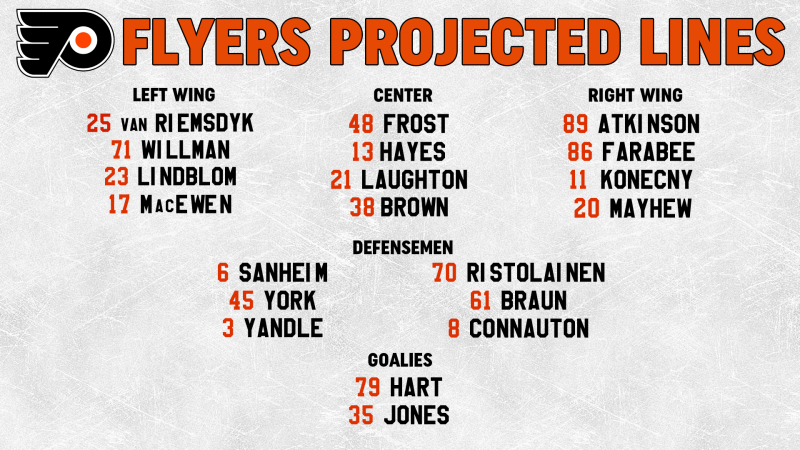 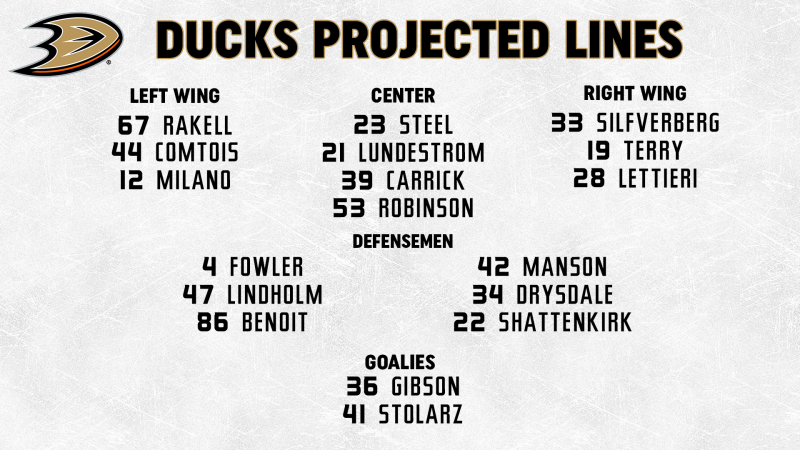