When the Flyers closed out a West coast trip against the Anaheim Ducks back in first days of 2022, it was only the beginning of a franchise-record winless streak for the Orange and Black. For the opposition, it was another night where their young skill showed why they could be a playoff team.

Things have changed since then. The Flyers continued to slip further and further in the standings to where they are now, but the Ducks have also fallen out of the playoff race since. The two teams will meet for the final time this season on Saturday night. Kevin Hayes has looked more and more like his old self following his return from injury. He's on a current four-game points streak with five points in that time. Since returning to the lineup on March 5, he has five goals and 12 assists for 17 points in 17 games.

Troy Terry was back in the Anaheim lineup on Wednesday. He's had a career year with 31 goals and 57 points in 65 games after topping out at seven goals and 20 points in 48 games last season. In their meeting on Jan. 4, Terry picked up his first career hat trick against the Flyers. 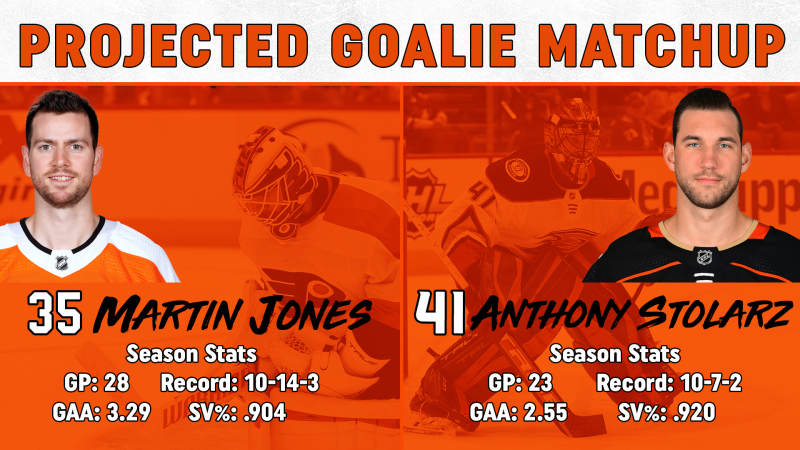 Martin Jones gets the start again for the Flyers. Jones made 26 saves on 27 shots in the win over the Blue Jackets on Thursday. He has won each of his last two starts.

Anthony Stolarz returns to the crease in Philadelphia to start for the Ducks. Stolarz took the loss in his last start, making 24 saves on 27 shots against the Flames. His only other start in April was a 22-save shutout against the Coyotes on April 1. 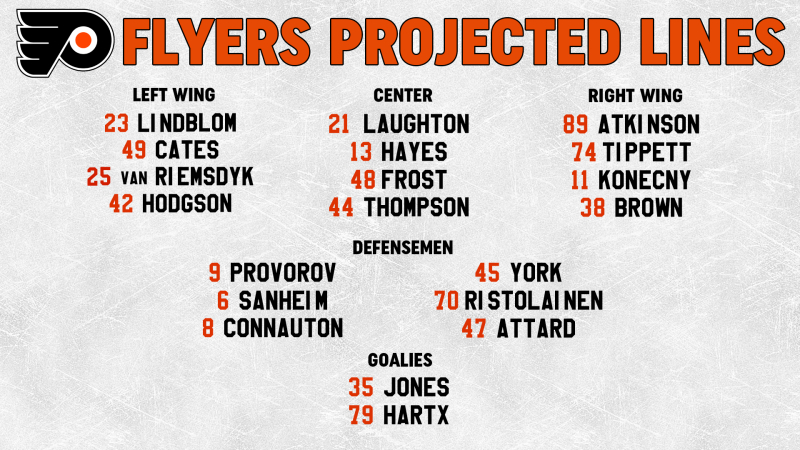 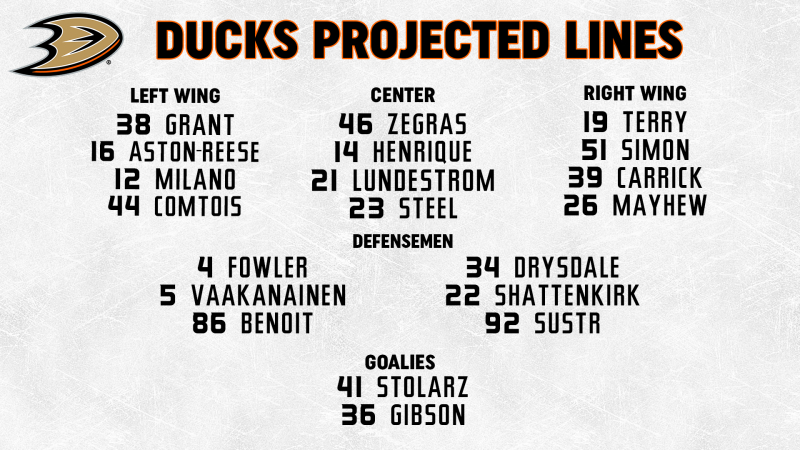