The Flyers appeared to have a win in their grasp with a go-ahead goal scored with 3:51 remaining on Thursday night against Washington. Then the Capitals struck three times in 2:08, including an empty-net goal to ice the end result, handing the Flyers their fourth straight loss.

It hasn't been an easy schedule for the Flyers, having to go up against three of the top four teams in the Metropolitan Division in consecutive games. They will do so for the third and final time against the Carolina Hurricanes on Monday afternoon. 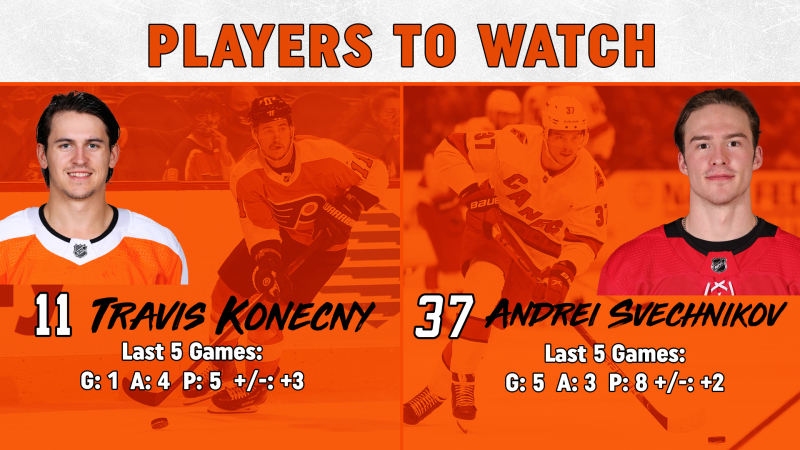 Travis Konecny enters Monday's game on a five-game points streak. While the goals have not piled up, Konecny has assists in four straight games of the streak.

Andrei Svechnikov has posted three multi-point games in the last five, including a pair of three-point showings. Svechnikov also has two multi-goal games in his last four, bringing him up to 22 goals and tied for the team lead. 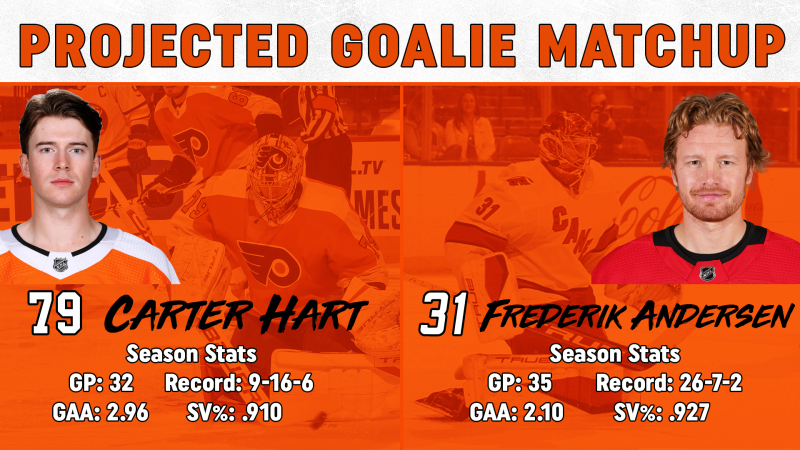 Carter Hart gets back in goal for the Flyers. Hart made 29 saves on 34 shots in an overtime loss to the Penguins last Tuesday, extending his current streak to three games.

Frederik Andersen gets the start on Monday. Andersen made 28 saves in his last game against Nashville on Friday, picking up the win. Andersen allowed two goals on 28 shots in a loss to the Flyers on Nov. 12. 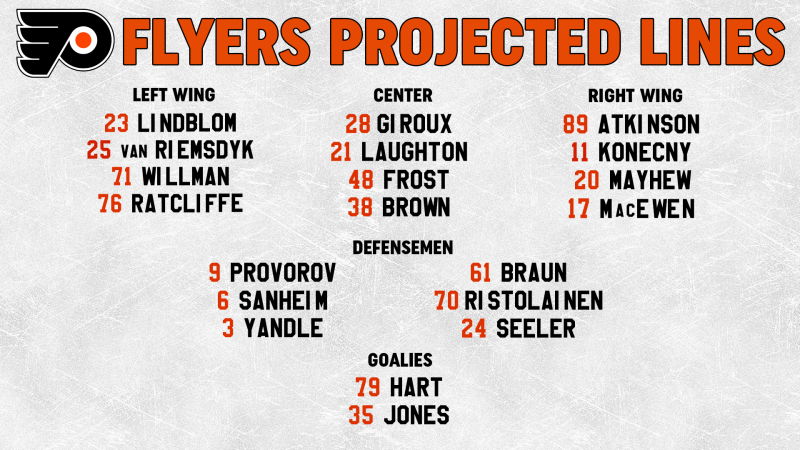 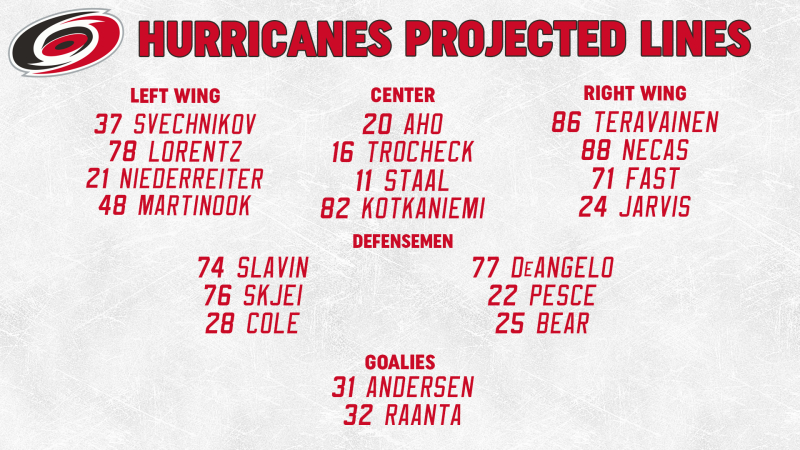