Thanks to great goaltending once again, the Flyers managed to get an all-important point in the standings. That can only help them at this point. Unfortunately for the Flyers, the process just isn't any better and likely won't be improving anytime soon, so getting results any way they can is the only method to staying afloat in the standings.

Following an off day on Thanksgiving, the Flyers return to the ice to face the top team in the Metro, the Carolina Hurricanes, in the annual Black Friday game. The Flyers used the hot goaltending method to earn a 2-1 win against Carolina on the road earlier this month and they may need another one to salvage a week that certainly hasn't been good so far. 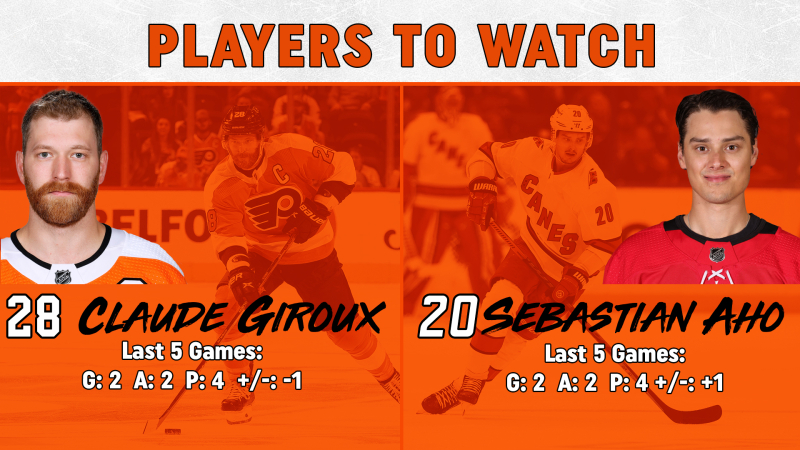 There haven't been many consistencies with the Flyers offense this season. One thing that has been noticeable in the last few games is that Claude Giroux certainly cares about trying to make something happen. Giroux was at the center of the offense last Saturday against Boston with assists on both goals in the 5-2 loss. Giroux has also produced four points in his last five games, tops on the team at a time when everything offensively is hard to come by. The Flyers will be turning to him again to try to right the ship.

Sebastian Aho is Carolina's skilled top center and it shows every time he's on the ice. While his production has dipped a bit over the last five games, it's still be solid and he's always dangerous when on the ice. Aho has been especially lethal on the power play, with five of his eight goals this season coming on the man-advantage. 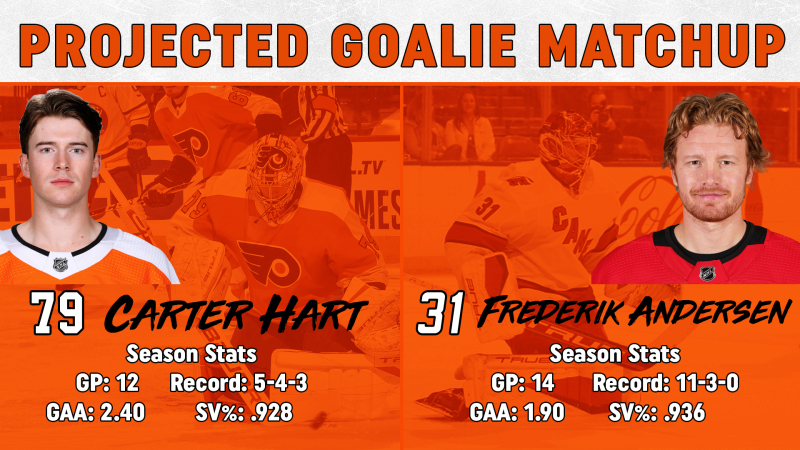 Carter Hart is likely to be back in goal for the Flyers on Friday. Hart did his part to hold the Flyers in Tuesday's game in Tampa Bay, eventually allowing four goals on 35 shots in the shutout loss. Hart was spectacular in his start against Carolina on Nov. 12, making 39 saves on 40 shots in the 2-1 win.

Frederik Andersen gets the call for the Hurricanes. Andersen has started 14 of Carolina's 18 games and been outstanding throughout the season. Andersen has split his last six starts with three wins and three losses, but only one of the losses saw the netminder allow more than two goals. Andersen made 26 saves on 28 shots in the Flyers 2-1 win on Nov. 12. 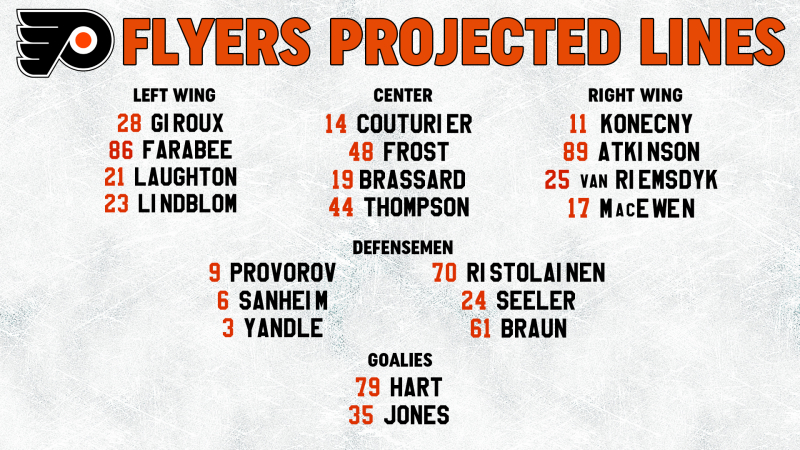 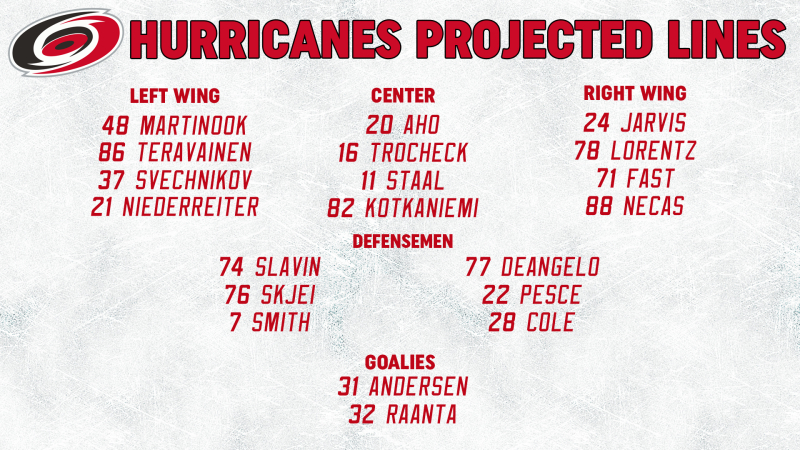