Over their last six games, the Flyers have managed just nine goals total. After opening that stretch with a solid 2-1 win in Vancouver, they were lifeless in a shutout loss to Calgary and have bookended their last five games with a pair of shutout losses.

As if things weren't already difficult enough for the Flyers when it comes to scoring, how about facing the team allowing the fewest goals in the league so far? The Carolina Hurricanes have set the tone for the Metropolitan Division. While every team seems to be hovering around where the Flyers are with a 6-3-2 record and 14 points, the Hurricanes sit at the top of the division with a 10-1-0 record and 20 points. A challenging weekend back-to-back on the road begins for the Flyers in Raleigh. 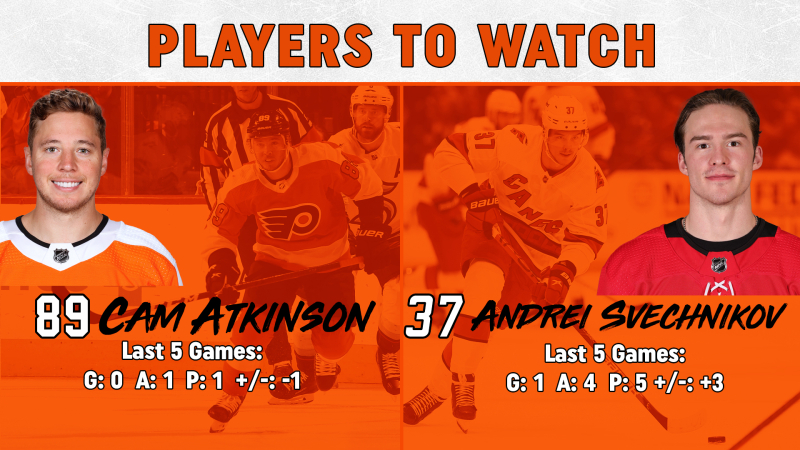 Much of the Flyers early season scoring has dried up of late, and that includes Cam Atkinson. Following his two-goal game in Edmonton, Atkinson has been held off the board for the last six games and limited to just one point in that time.
Andrei Svechnikov is off to another hot start. Despite scoring just one goal in his last five games, Svechnikov continues to pile up points early with five in his last five games in 15 total already on the season. 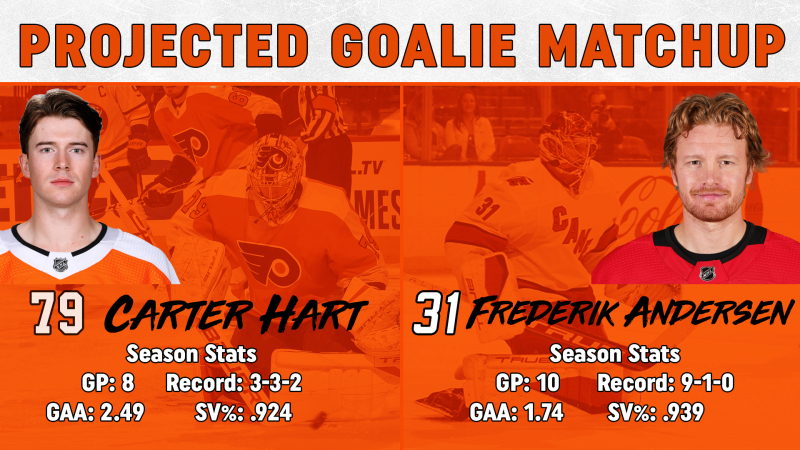 Carter Hart will get another start for the Flyers on Friday. Don't let the numbers fool you, Hart has been excellent lately. He continued his hot start to the season with 30 saves in Wednesday's loss to Toronto, serving as a large part of why the Flyers were in another game.

Frederik Andersen will be in goal for Carolina. This is nothing new for the Hurricanes, who have started Andersen 10 times prior this season. After allowing three goals in a season-opening win against the Islanders, Andersen went six straight games with wins allowing two goals or fewer. He allowed three goals in a win over Chicago and four goals in Carolina's only loss of the season to Florida last Saturday. He rebounded with a win over Tampa Bay in his last start on Tuesday, allowing one goal on 18 shots. 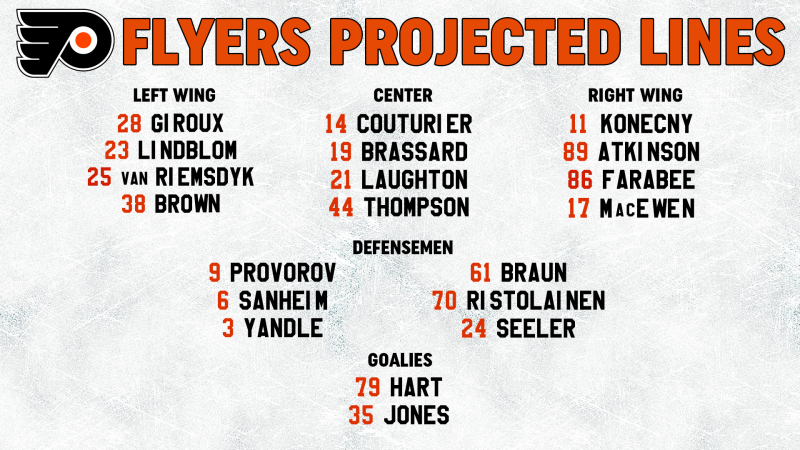 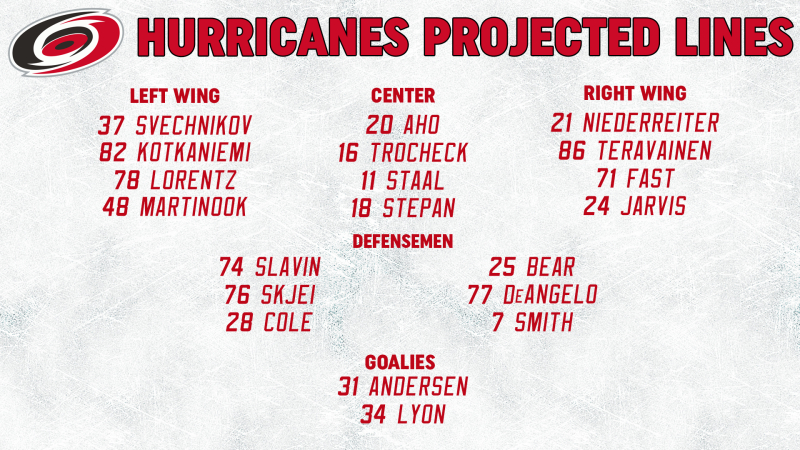