The Flyers came out as a more determined team on Thursday and opened up a 3-0 lead in the second period. In a matter of minutes, that lead was gone.

Despite that, the Flyers did get the outcome they needed, as a late goal propelled them to victory. That was a step in the right direction, but it has to continue. They will face the Islanders again on Saturday night, closing out a four-game road trip. 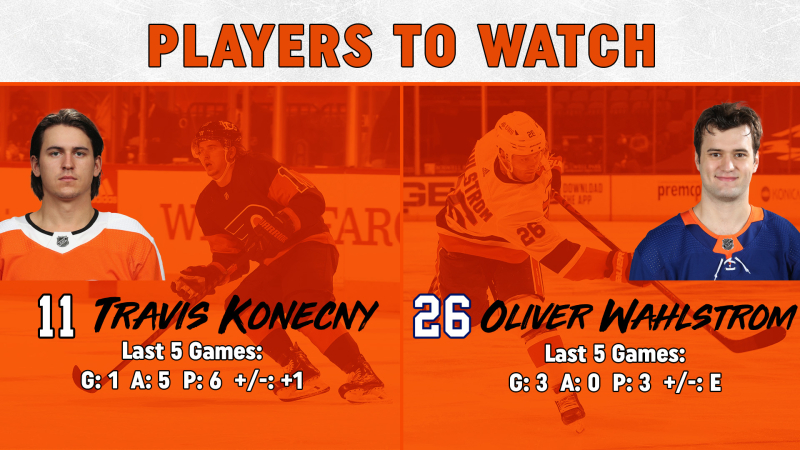 Travis Konecny was moved to a line with Claude Giroux and Oskar Lindblom last game and had a dominant night, picking up three assists, including helpers on the first two goals and the game-winning goal. It's been an up-and-down season for Konecny in terms of production, but perhaps that game will help get him going.

Oliver Wahlstrom came into the league as a prospect that certainly has scoring ability. He's shown it lately, with goals in three of his last four games and seven goals on the season. That falls in line sixth on the team behind many of the established veterans, and with Anders Lee out of the lineup, his scoring could certainly help fill the void. 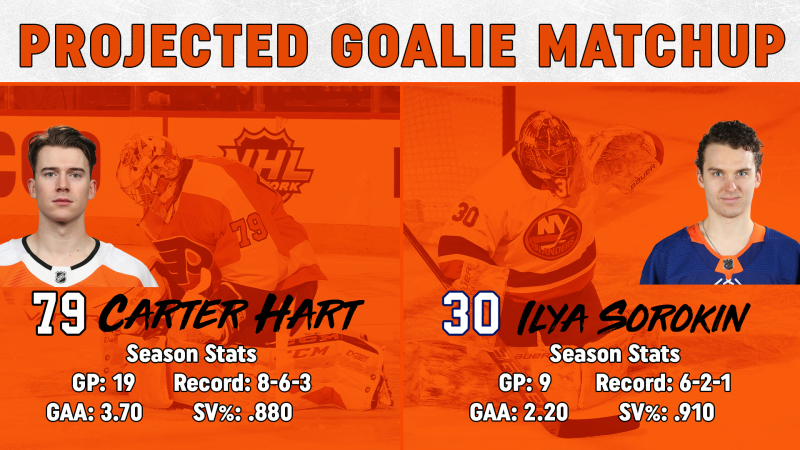 Carter Hart was excellent through two periods on Thursday, then gave up three goals in a short span that tied the game. He still got the win, but he continues to work through some issues with positioning. He gets another chance on Saturday night.

Ilya Sorokin has not had much work this season, appearing in just nine games so far out of 31 for the Islanders, but he'll get another chance in goal here. Sorokin was in net for a 4-3 overtime loss to the Flyers on Jan. 31. 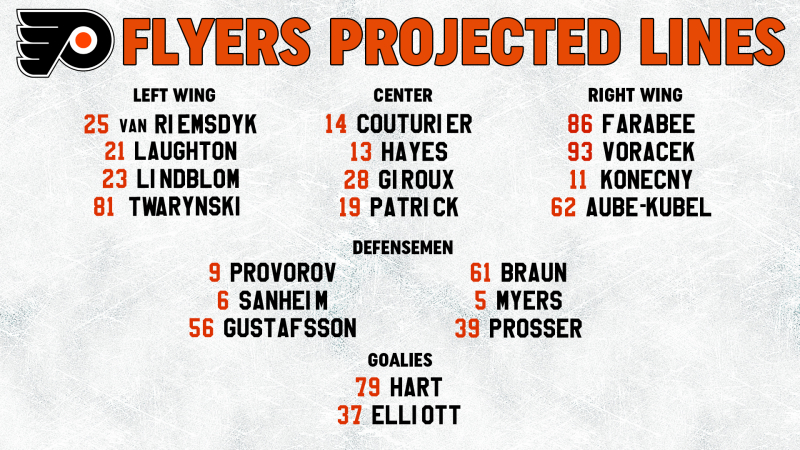 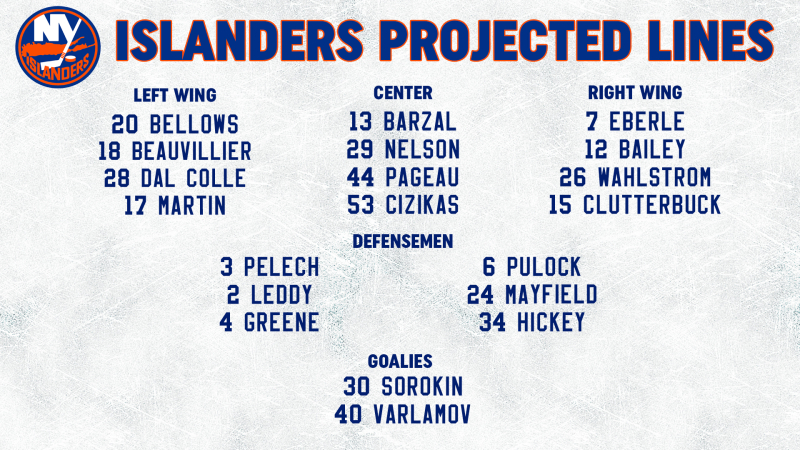 CHECK IT OUT: These words were born in the '80s