Two days and one game after coming out and playing a strong 50 minutes that nearly slipped away, the Flyers didn't have a stretch of good minutes at all on Saturday night. Another game was wasted in their pursuit of a playoff spot, in an effort to turn around a March that has dropped them hard in the standings.

One more game remains with the Islanders on a three-game stretch, as things return home for the start of a four-game homestand. Time is of the essence for the Flyers and if a turnaround is going to happen, it needs to happen immediately. Kevin Hayes is going through an offensive slump with just one point in his last five games. More importantly than that, his defensive work needs to be on point, especially if Sean Couturier is not able to play.

Jordan Eberle tends to score in bunches, so getting his first goal in nine games on Saturday may jump-start him offensive. In that time without a goal, he did have five assists. 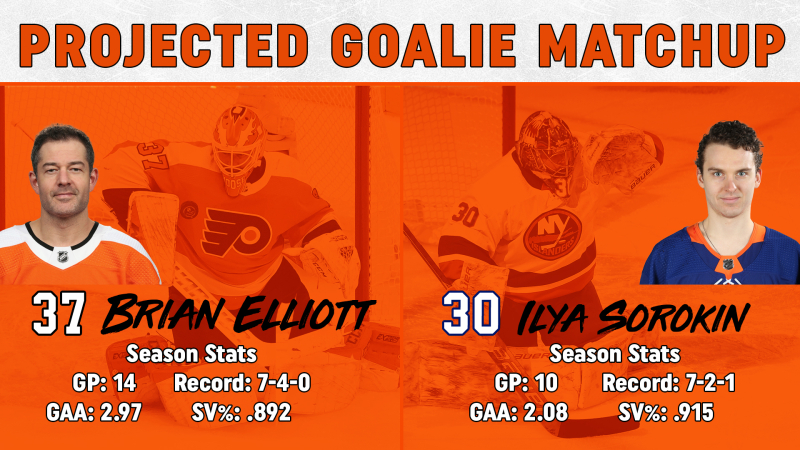 Brian Elliott gets the start on Monday night, his first since allowing five goals on the way to a 9-0 loss against the Rangers last Wednesday. That game could hardly be placed on Elliott alone, but he has struggled lately as the workload increased. He's had a couple of games off now, so the Flyers hope he's poised to return to the form he had earlier in the season.

Ilya Sorokin had a solid game on Saturday, making 23 saves against the Flyers in a win. He's now won seven straight starts since dropping a decision to the Flyers in overtime on Jan. 31 and starting his career with an 0-2-1 record. While Barry Trotz didn't officially confirm a goalie, he did say that it would be "virtually the same lineup" as Saturday, so assume Sorokin is in. 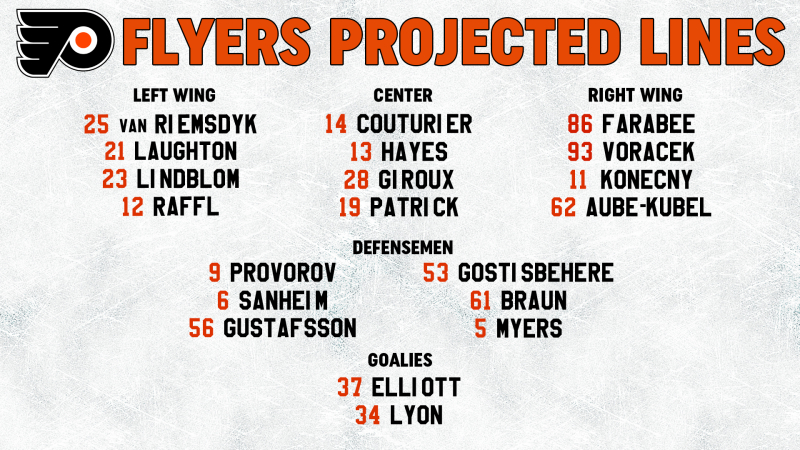 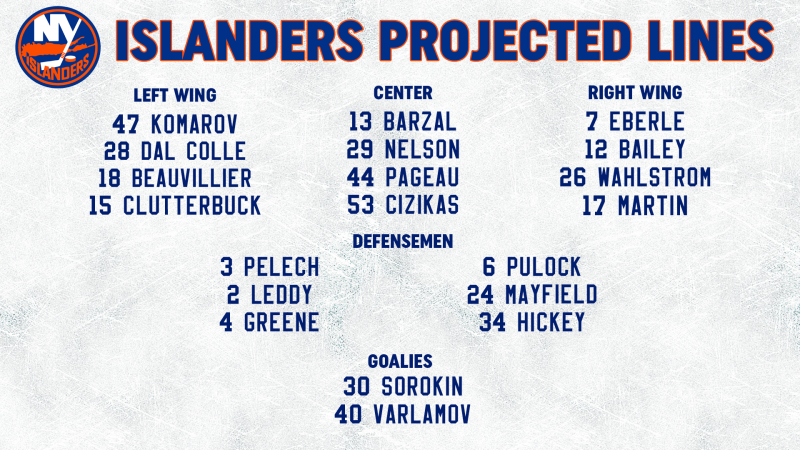