It doesn't feel like it can get much lower for the Flyers, especially after not only being the team to lose to the Buffalo Sabres for the first time in 19 games, but to get demolished, 6-1, on the scoreboard. That pretty much answered all of the remaining questions about this playoff race, even if the Flyers still remain three points behind the final playoff spot upon entering Saturday's action.

The Flyers are about to embark on another rough month, facing numerous contenders and not having a lot of time off between games. It all starts with Saturday night's game against the New York Islanders. 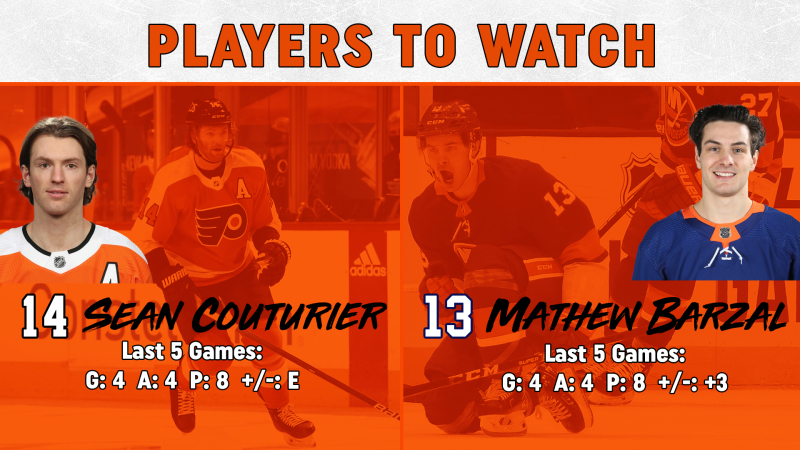 From an offensive standpoint, Sean Couturier has been right in the middle of just about everything for the Flyers of late. His eight points easily tops the list in the last five games for the team, and as one of the leaders, he'll be looking to help the Flyers get back on the right track with their play by his example.

Mathew Barzal is starting to heat up, picking up a hat trick in his last game. The forward has always posted strong numbers against the Flyers, but hasn't really been the center of attention in a lot of games between the two this season. That could easily change on Saturday. 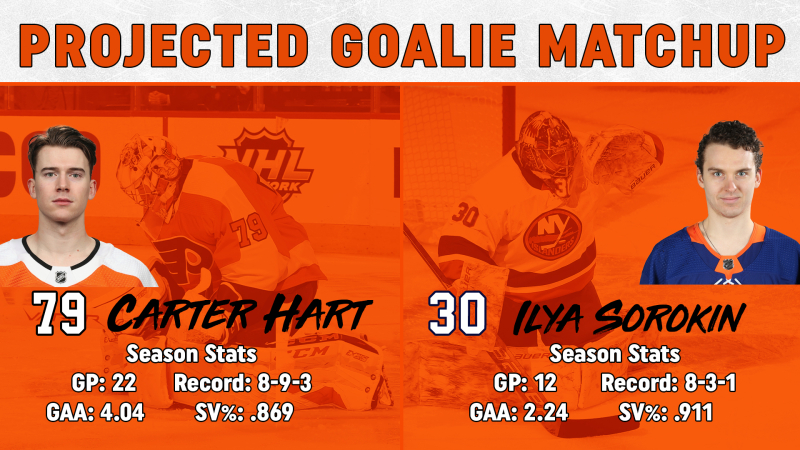 Carter Hart makes his return to the ice after getting the last two games off. Hart has gone through numerous struggles this season, so this is his chance to show how the reset he just had has helped his game.

It was a strong couple of games for Ilya Sorokin when the Flyers last faced the Islanders. Sorokin limited the Flyers to one goal in each game and essentially helped steal the third game of the three-game series with an outstanding night in goal. 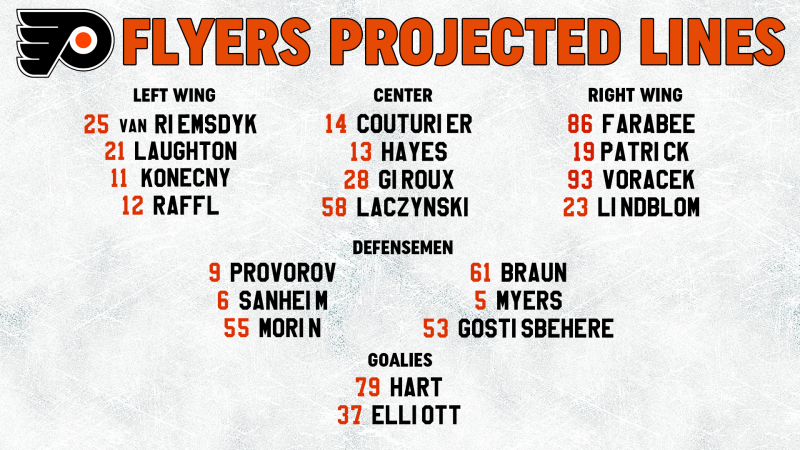 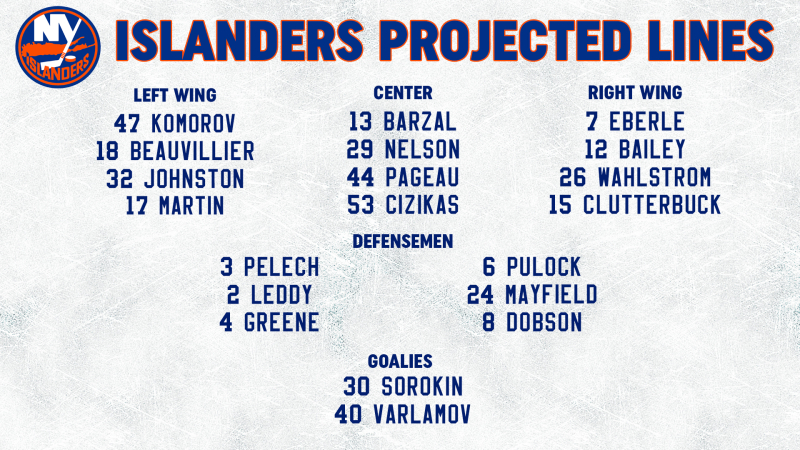