There are still 18 games remaining on the Flyers schedule, and though they technically have time to make things interesting in the playoff race, another loss to Boston on Tuesday sure felt like the dagger. It is going to take a run of astronomical proportions to make the playoffs now, so that would require wins at all costs, especially for the remainder of this week before the trade deadline.

The Flyers week continues with a meeting against the New York Islanders, a team that just made their splash at the trade deadline by acquiring Kyle Palmieri and Travis Zajac from the New Jersey Devils. 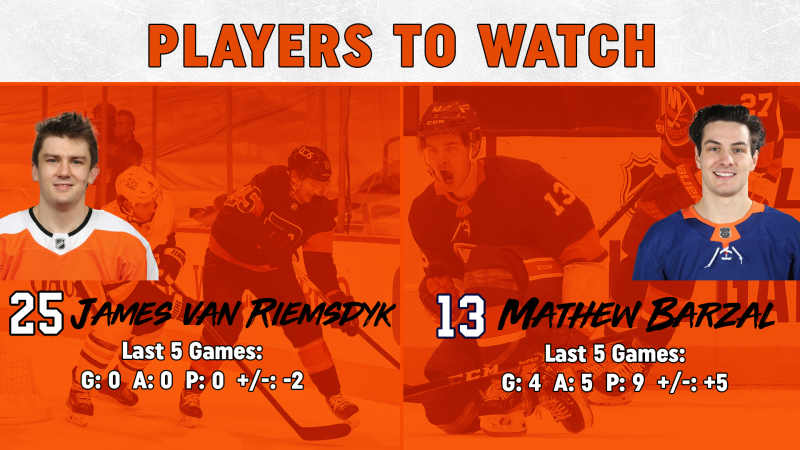 James van Riemsdyk got off to a hot start this season and has been leading the team in points the entire way. Lately, he's been ice cold in point production, with no points in his last seven games and just two assists in his last 12 games.

On the other side, Mathew Barzal is really heating up. Barzal had a hat trick and five points against Washington a week ago, then had an assist on Saturday when the Islanders last faced the Flyers. In total, Barzal has nine points over his last five games after going 10 games with just three assists. 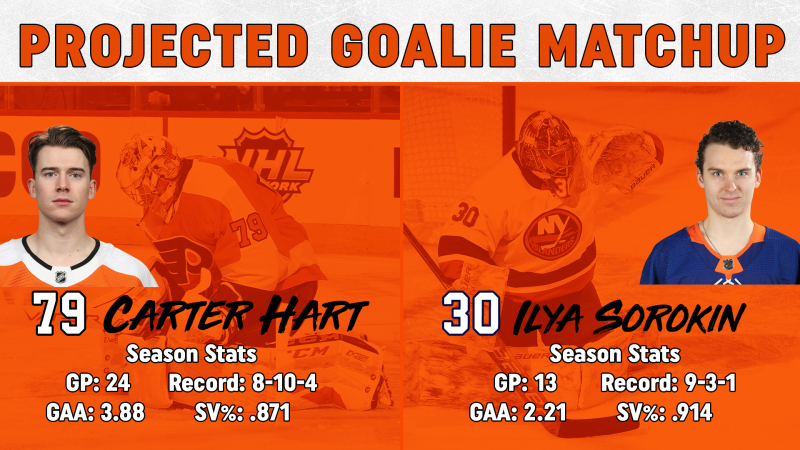 Carter Hart had some good moments in Tuesday's game against Boston, but also had some moments he wanted back. It's a work in progress for Hart, and he'll continue to work his way back to where he was with more ice time. He's expected to get the start against the Islanders on Thursday night.

Ilya Sorokin has really started to get familiar with the Flyers. He faced the Flyers in just his third career start, an overtime loss where he made 25 saves. Since then, he's faced the Flyers three more times, getting wins in all of them. He made 30 saves in the most recent win and has stopped 89 of 93 shots faced in those three games. 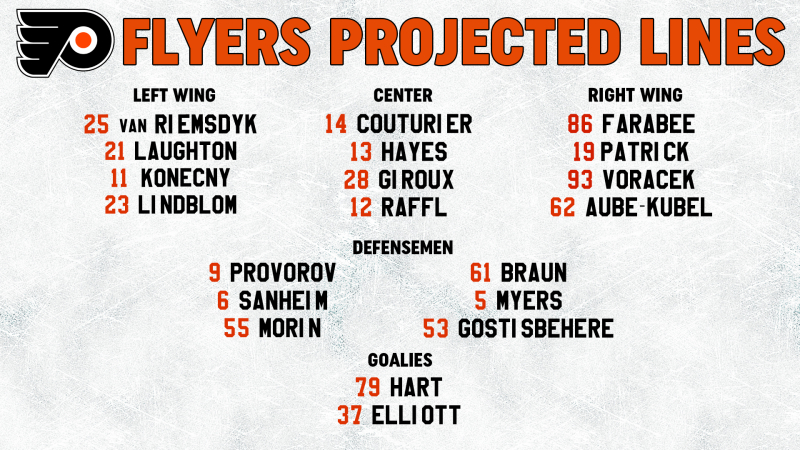 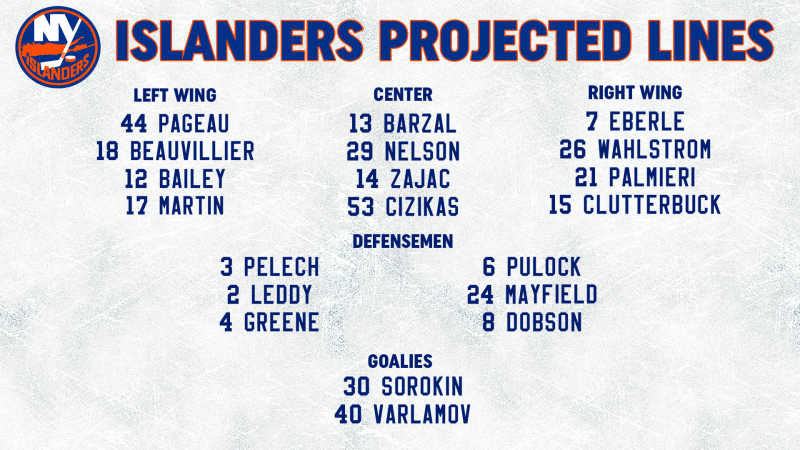