The Flyers finally snapped their 10-game losing streak on Tuesday night with a 3-1 win over the New York Islanders. It marked the start of a five-game homestand that features one challenge after another. But with a win under their belts again and after playing their "most complete game" of the season, can lightning strike twice?

It would have to happen against the three-time reigning Eastern Conference champion Tampa Bay Lightning. The Flyers may have already caught lightning in a bottle with their 3-2 comeback win over Tampa in the third game of the season, but the Lightning have since recovered to the tune of a 13-8-1 record on the season after a 1-3-0 start in the first four games. 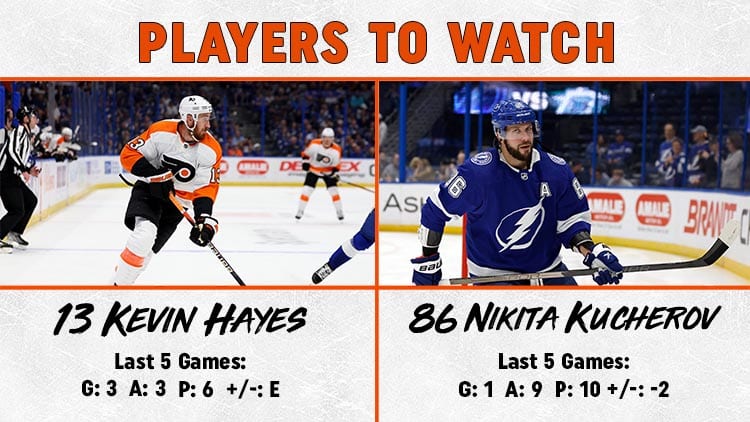 Kevin Hayes was at the center of the Flyers win over the Islanders, scoring two goals and improving his season points total to 24 in 23 games. He's scored three goals and had five points in the last three games.

Nikita Kucherov is on a tear of late. While he only had four goals in 10 games since a six-game goal scoring streak was snapped on Nov. 8, he has 11 assists in that time, including seven in the last three games. 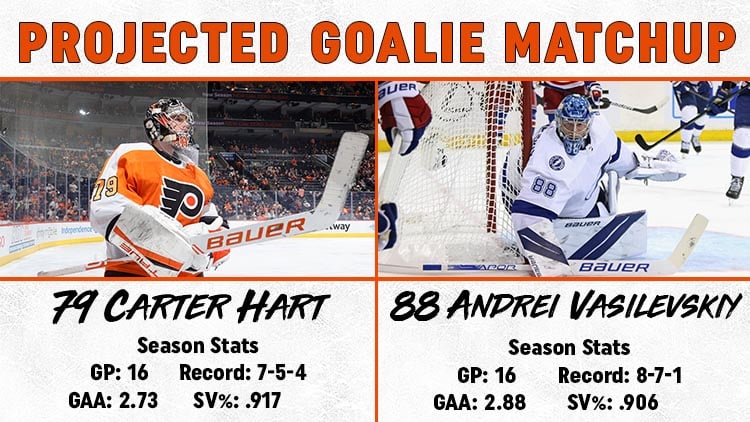 Carter Hart gets the start for the Flyers. Hart finally snapped a personal seven-game losing streak with the win on Tuesday, making 23 saves on 24 shots. Against Tampa Bay on Oct. 18, Hart made 36 saves on 38 shots in the 3-2 Flyers win.

Andrei Vasilevskiy is expected in net for the Lightning. Vasilevskiy made 23 saves on 25 shots in a loss to Boston on Tuesday. Prior to that game, Vasilevskiy had won four of his previous five starts. He has also allowed two goals or fewer in four of his last five starts entering Thursday. 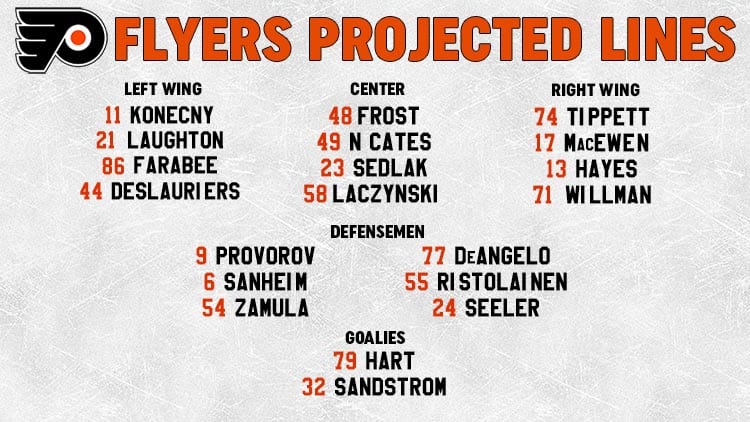 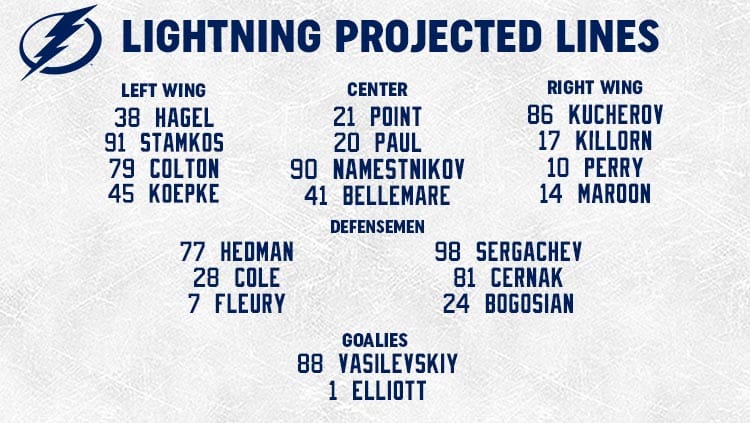