Following a three-day break from their last game, the Flyers are back in action on Wednesday night to take on the Toronto Maple Leafs.

This game begins a busy remainder of the month for the Flyers. They will play 11 games in the next 21 days, reaching the quarter-mark of the season in the process. It will be no easy task either, as a number of star players and elite teams will appear on the schedule. It starts with Toronto, who has found a groove after a slow start with wins in five of their last six games. 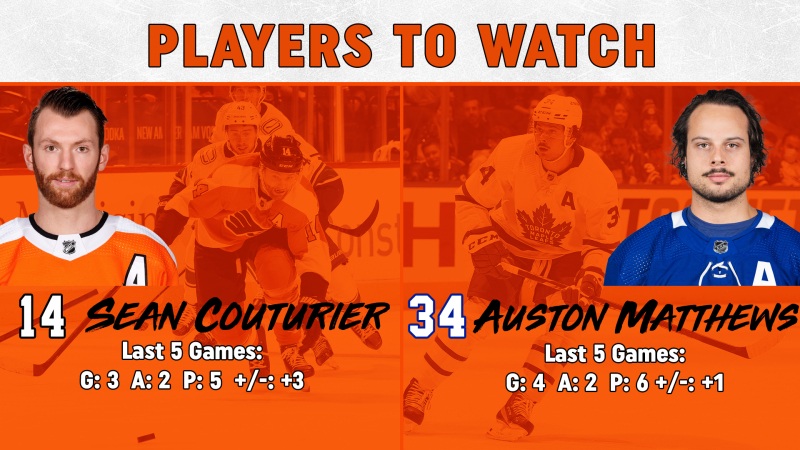 Sean Couturier has continued his solid start to the season. He has scored the game-winning goal in the last two wins for the Flyers and has five points in the last five games.
Auston Matthews appears to be finding his scoring touch with a pair of multi-goal games in the last four outings. In 10 games on the season, he's already up to five goals and has six of his eight points on the season over his last four games as well. Carter Hart gets back in goal for the Flyers on Wednesday night. Hart took the tough loss in overtime on Thursday against the Penguins, but was ultimately the reason the game got to that point. Hart looks to continue his recent stretch of strong play.

Jack Campbell will get the start for Toronto. Campbell has handled the workload in net for the Maple Leafs, but allowed four goals on 28 shots in the loss to the Kings on Monday night, snapping a personal four-game winning streak. 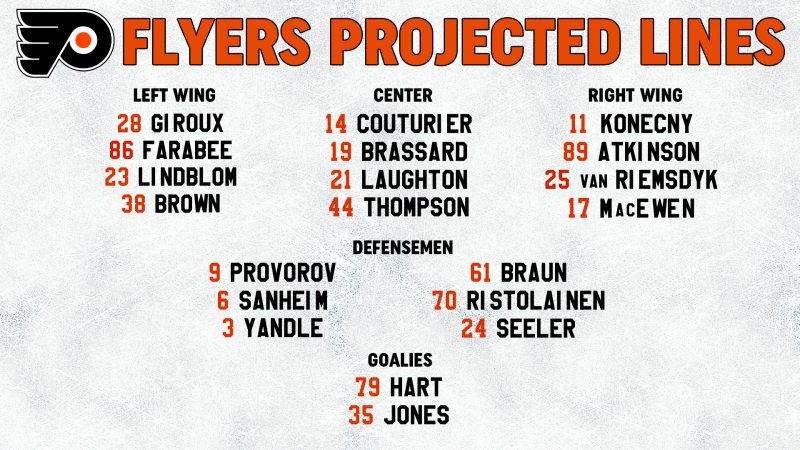 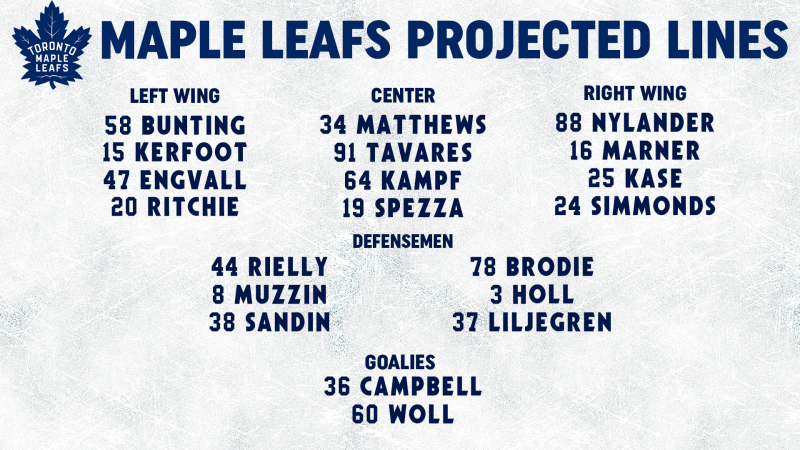