As another new face enters the Flyers lineup, an Ironman streak comes to an end. After 989 consecutive games in the lineup, Keith Yandle will sit out on Saturday, bringing his record-breaking streak to an end.

Ronnie Attard makes his NHL debut on the blue line, while other newcomers remain in the lineup looking to make a good impression. They get another matchup against a future playoff team, facing the Toronto Maple Leafs. 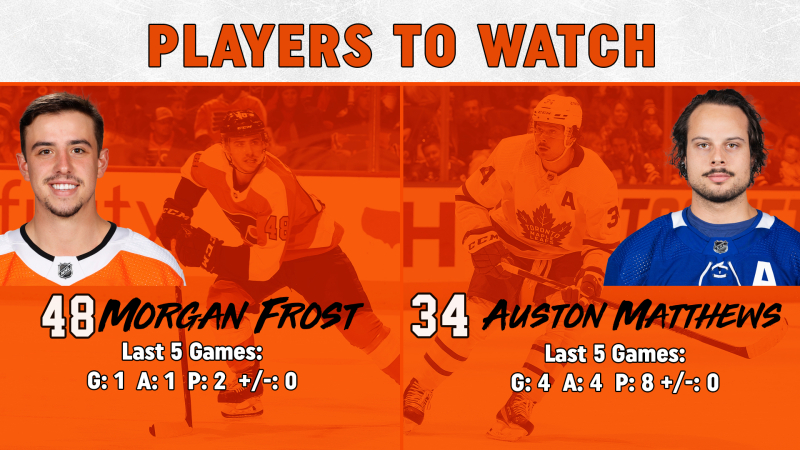 Morgan Frost got on the board in his last game with a goal and looks to build on it. He continues to form chemistry with newcomer Owen Tippett, and the two will remain together on a line for Saturday.

Auston Matthews has consistently scored at a high rate for his entire career, picking up his 50th goal of the season and reaching the milestone for the first time in his career. He'll be on the hunt for more goals in Saturday's game. 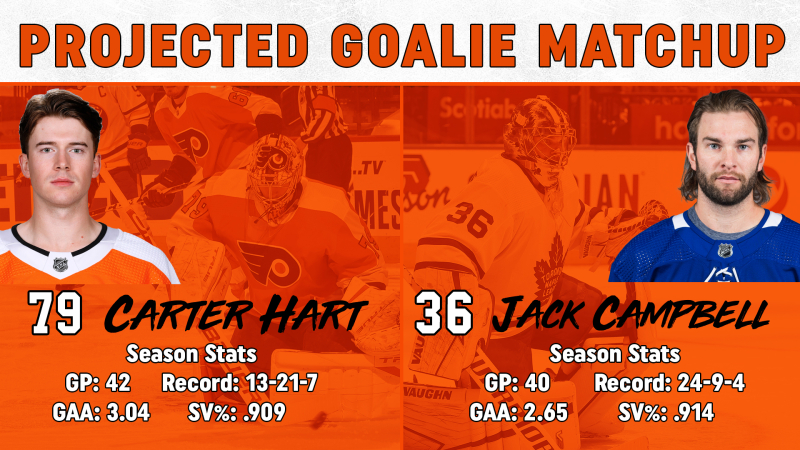 Carter Hart gets back in net for the Flyers. Hart missed Tuesday game dealing with a minor injury. His last start came on March 25 against the Colorado Avalanche, making 45 saves on 51 shots in a loss.

Jack Campbell makes his return to the lineup after missing 10 games with an injury. He won his last start on March 8, making 26 saves on 30 shots against Seattle. Prior to the injury, he had allowed four goals or more in each of his last five starts. 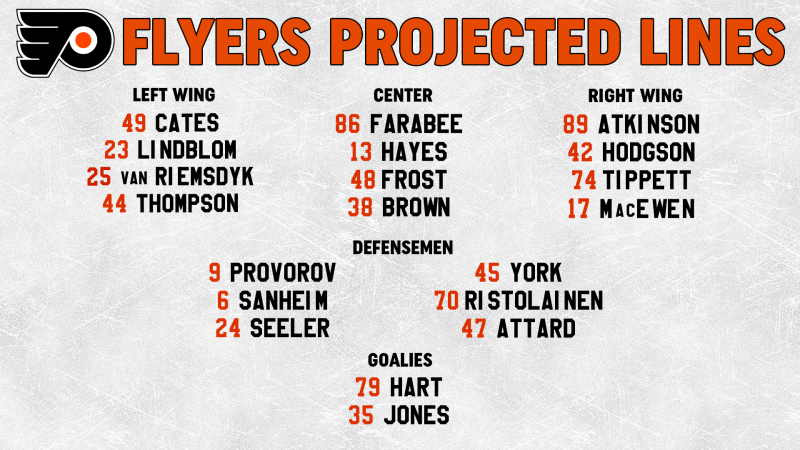 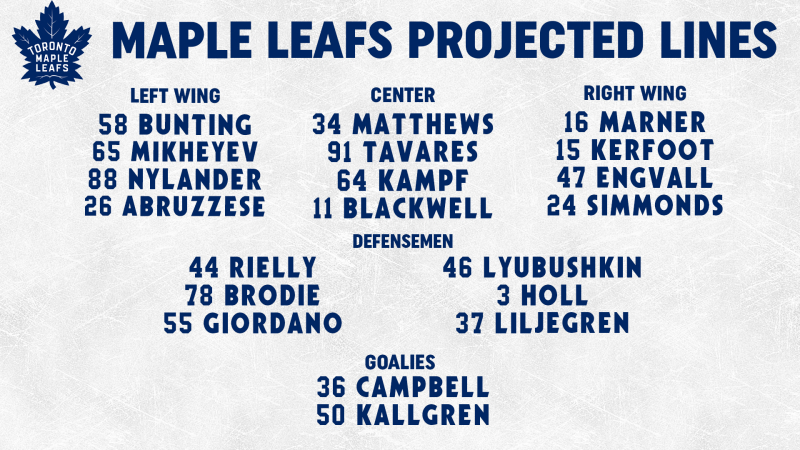