After getting obliterated by the defending two-time Stanley Cup champions on Tuesday night, the week only gets more challenging for the Flyers with matchups ahead against the top two teams in the league standings. Already on a three-game losing streak, this could become even uglier in the next few days.

Less than 24 hours after that result, the Flyers face off on Wednesday night against the Florida Panthers. 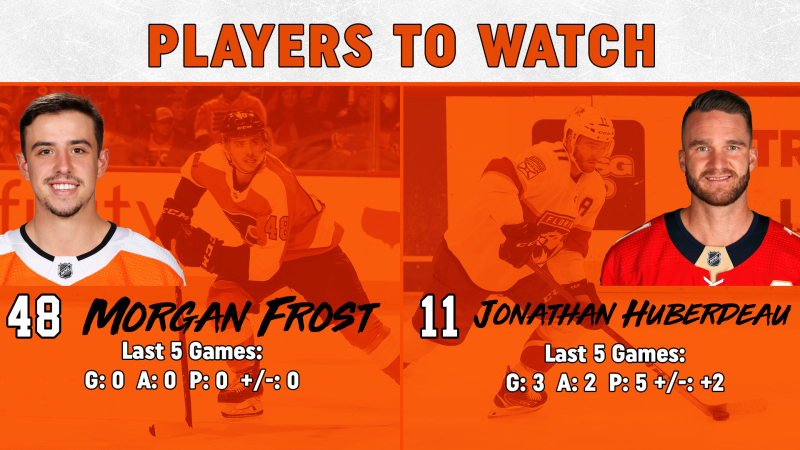 Though it won't be announced by the team until closer to game time, it appears Morgan Frost is coming up and will join the lineup. Frost makes his season debut and looks to make his mark on a team that desperately needs a spark in some way. At the very least, it's time to see what the time in the minors did for Frost to this point and how he can apply his recent hot streak there at the next level.

In the first meeting between these two teams, Jonathan Huberdeau scored a pair of goals, including a shorthanded game-winner in the third. Huberdeau remains dangerous, having just had a three-game goal streak snapped in the team's last game against Minnesota. He does enter the game on a four-game points streak. 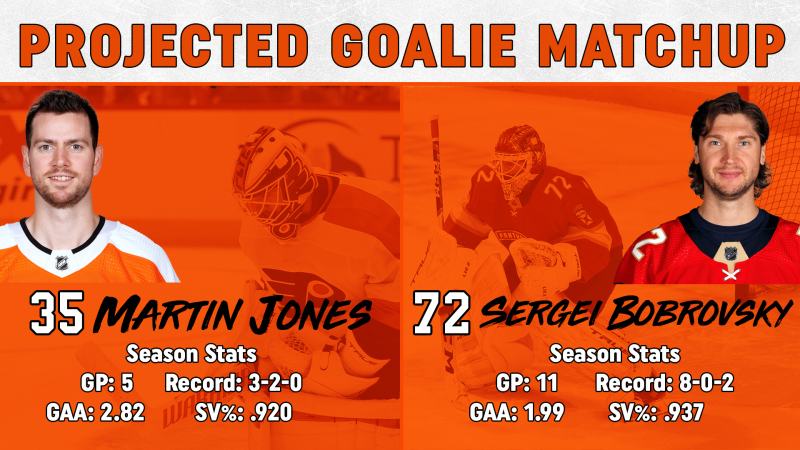 Martin Jones will get the call in the back-to-back for the Flyers. While he was excellent in his first three starts, Jones has come back down to the level typically expected of a backup. He hasn't been disappointing in his play, but the Flyers have allowed five goals in each of his last two starts.

Sergei Bobrovsky is back in goal for the Panthers. It's already been quite the season for Bobrovsky, who has yet to lose a game in regulation, posting an 8-0-2 record in 11 games. He comes into this game off a win where he allowed four goals against Minnesota. That was only the second time this season he has allowed four goals and just the third time he has allowed three or more. He made 27 saves in a 4-2 win over the Flyers on Oct. 23. 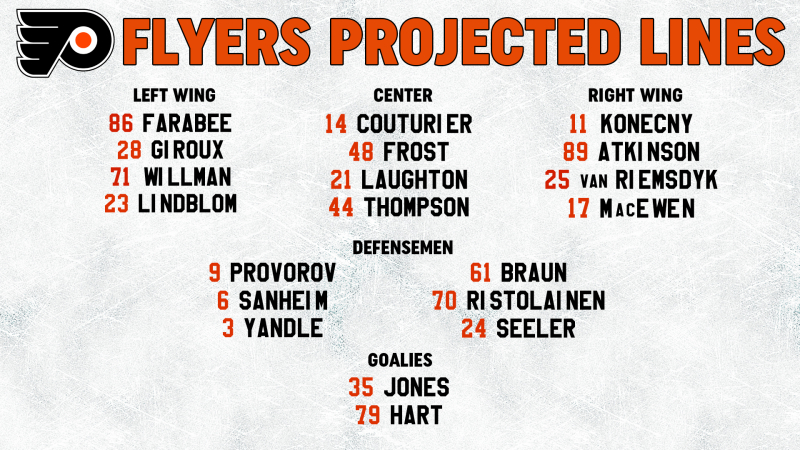