It took three weeks, but the Flyers are finally back to full strength after getting their final player back from the COVID list on Sunday. It comes at a great time, as they head to Pittsburgh to face the Penguins for three straight games.

The dynamic of this series of games has already changed though. After a weekend sweep in Buffalo, the Flyers were gearing up to face one of the best in the world and get a test from a team right there in the playoff race. But on Tuesday morning, that star player, Sidney Crosby, was ruled out for Tuesday upon his placement on the NHL's COVID list.

Now, the Flyers will face the rest of the Penguins without their captain, as this three-game series begins on Tuesday night. 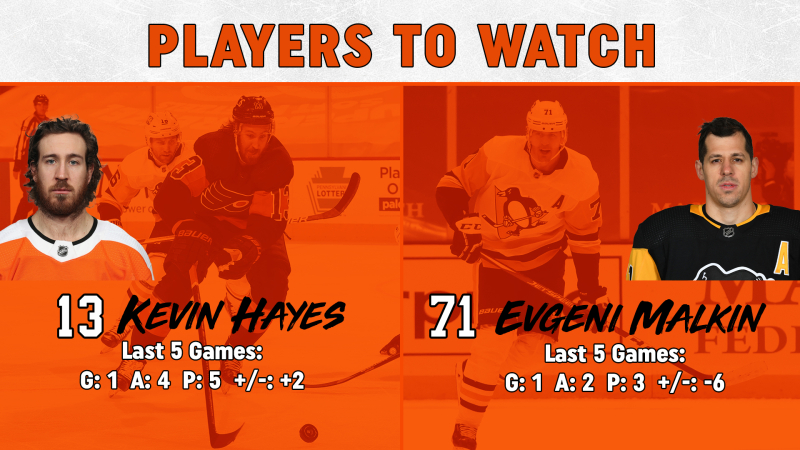 KevinHayes was a central part of the Flyers win over the Rangers last Wednesday. Despite a relatively quiet weekend in Buffalo points-wise, he's still part of a line that has a lot of potential with Claude Giroux and Nolan Patrick. Look for Hayes to be lurking in the offensive zone in this one.

With Crosby out of the lineup, even more eyes turn to Evgeni Malkin. Malkin has struggled at various points already this season, and now that the captain is out, Malkin will take center stage as the team's top forward in the lineup. 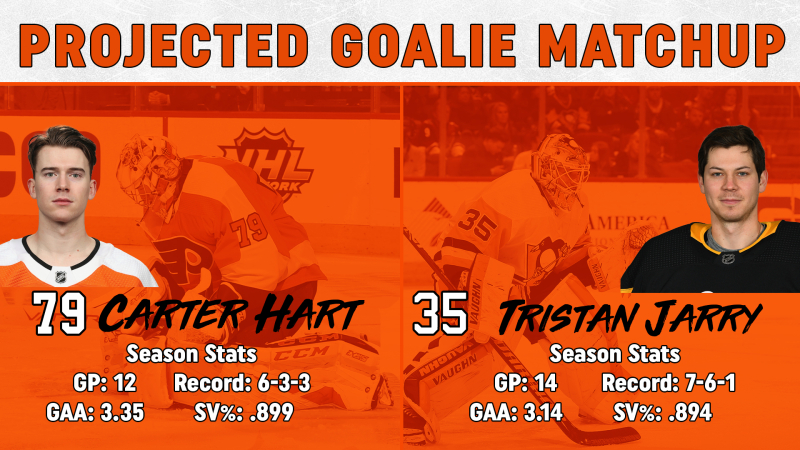 Carter Hart bounced back in a big way on Sunday, not only getting back in the win column, but recording his second career regular-season shutout. Hart got wins in each of the first two games of the season against the Penguins, and he gets back in net on Tuesday night looking for another.

The Penguins will turn to Tristan Jarry in this game, and Jarry's off to a bit of a struggle this season as well. He allowed six goals in the first game of the season to the Flyers, then allowed three in the first period of the next game before being pulled. 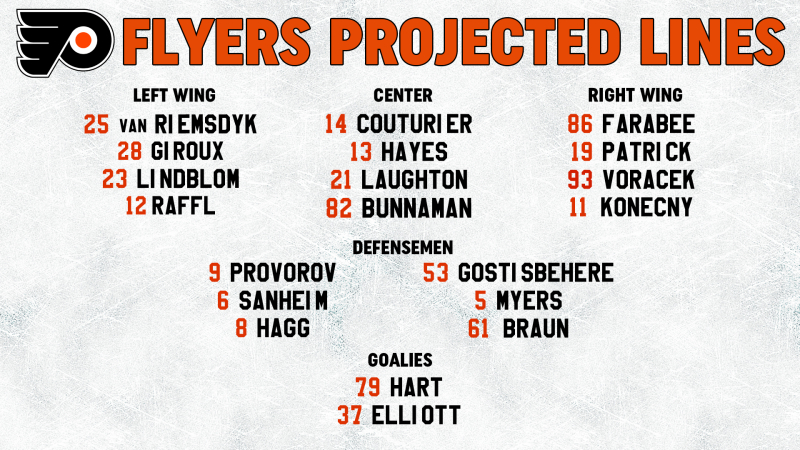 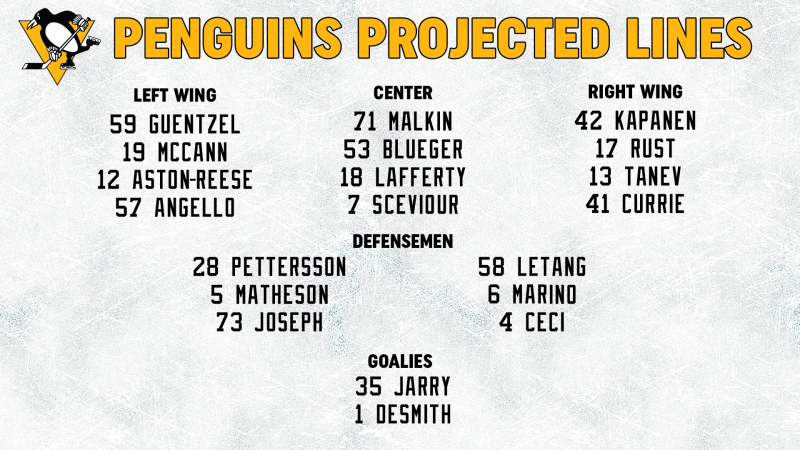