The Flyers opened the 2020-21 season on a high note, pulling away in the third period with three goals in a 6-3 win. Now comes the unique part of this season's structure.

After defeating the Penguins on Wednesday, they return to the ice at Wells Fargo Center on Friday night for the second meeting of the season. With Wednesday's result still fresh in their minds, expect a more determined effort from the Penguins, as the Flyers look to get off to a 2-0 start.

The Flyers and Penguins face off at 7 p.m. 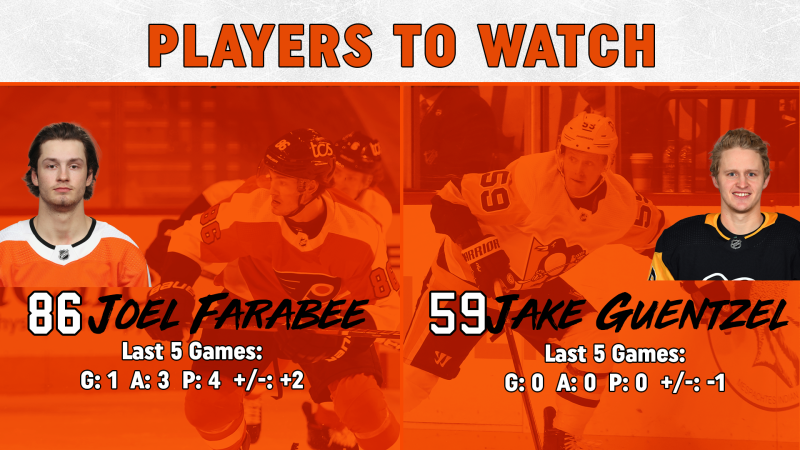 Wednesday's game was quite the first impression for Joel Farabee. Through two periods, the second-year forward had helped contribute to all three Flyers goals, scoring one and assisting on the other two. He added another assist as the Flyers put the game away with their sixth goal. Farabee has all the potential to be a goal scorer and to take a pretty significant step in his development this season. That was on full display on Wednesday. Playing on a line that seemed to generate the most, look for Farabee to be right in the middle of the action again.
The Penguins didn't get a lot out of their top forwards in the opener. In fact, if not for a turnover in front of the net, Sidney Crosby would have been held off the board too. Crosby still had plenty of jump in the game, as did one of his linemates. Jake Guentzel was stopped by Carter Hart on a good scoring chance not long after the Flyers had taken the lead back in the third. He's a dangerous player with a scorer's touch, especially with Crosby down the middle. 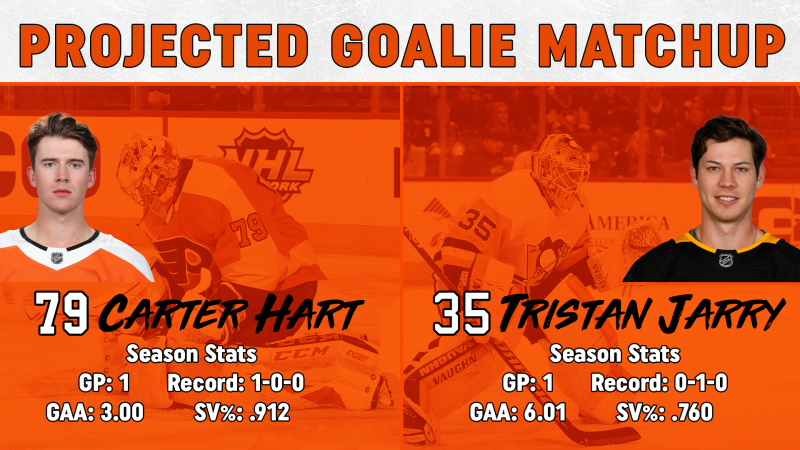 The turnover to Crosby aside, Carter Hart was solid in his season debut. He allowed a goal in the first period that he partially stopped before it rose to the top of the net. The other goal he allowed in the third was one that was placed high over the glove and caught iron on the way in. Not much you can do about shots like that. Hart otherwise looked sharp, especially once the Flyers gained the lead back for good. He's back in goal for the second time on the young season.After allowing six goals in the opener, Tristan Jarry will likely get the call for the Penguins with a chance to bounce back. Jarry has shown the ability to make the key saves and lead the Penguins to victory, but in a lot of cases was left helpless in the opener. The Flyers were very opportunistic and seemingly jumped on every chance. Jarry will be looking for revenge as much as anybody, so expect a sharper performance in goal from Pittsburgh.Projected Lineups 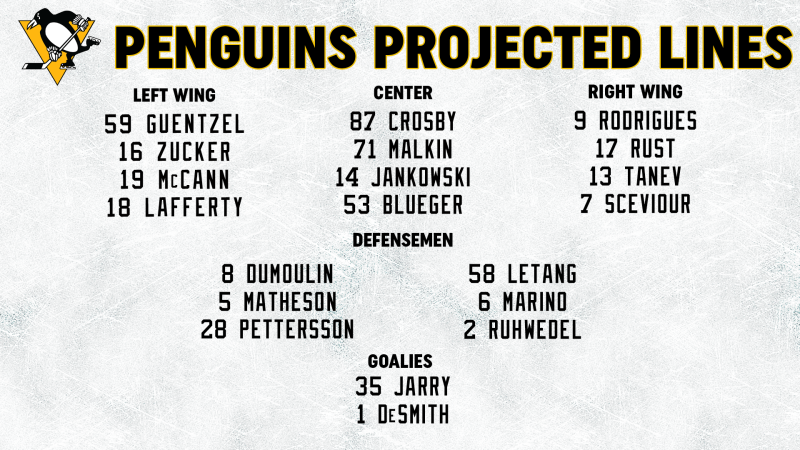