Despite the lack of their captain in the lineup, the Penguins got the better of the Flyers in the second period and never looked back. That's how this unique three-game series in Pittsburgh started for the Orange and Black.

The second game is set for Thursday night, and the Penguins will remain without their captain due to COVID protocols. Meanwhile, the Flyers get another chance to respond to adversity and to play with a full lineup after their own COVID situation. 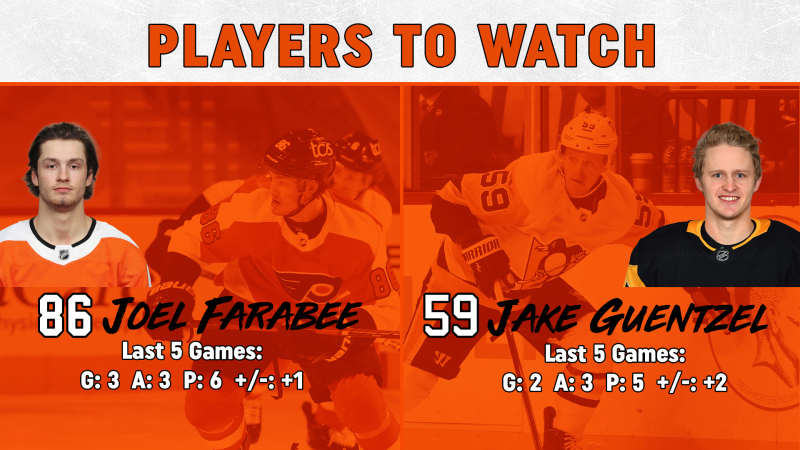 Joel Farabee continues to break out this season. He scored two more goals on Tuesday, bringing his season total to 10 and topping his previous mark from his rookie season. In addition, Farabee now has 19 points in 19 games this season. As the top line continues to roll, look for Farabee to be right in the middle of it as usual.

The Penguins had a strong night from their top line, which featured Evgeni Malkin, Bryan Rust and Jake Guentzel. Guentzel finished the game with an assist, but had several dangerous looks. Looking to build on their strong game, keep an eye on Guentzel to potentially take over. 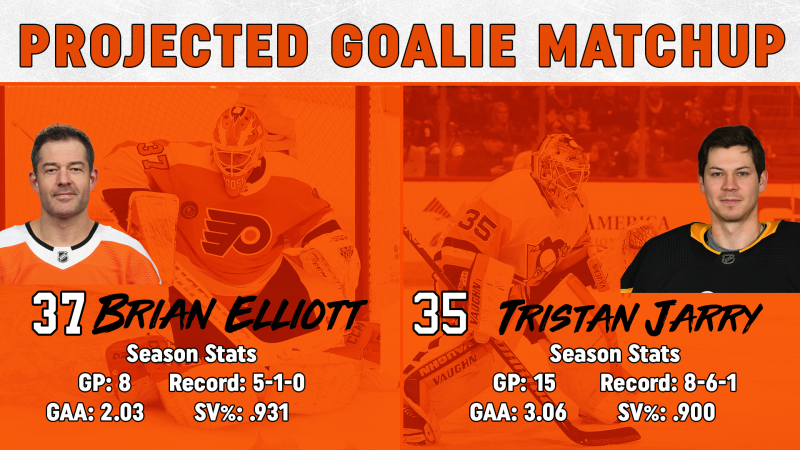 Brian Elliott gets back between the pipes for the Flyers on Thursday. Elliott has put together a string of success this season, most recently in goal for his second shutout of the season last Saturday in Buffalo.The Flyers fired 42 shots on the net of Tristan Jarry on Tuesday. Jarry played a strong game, making 40 saves on his way to a win. He'll be back in the net on Thursday night looking to follow up that performance. 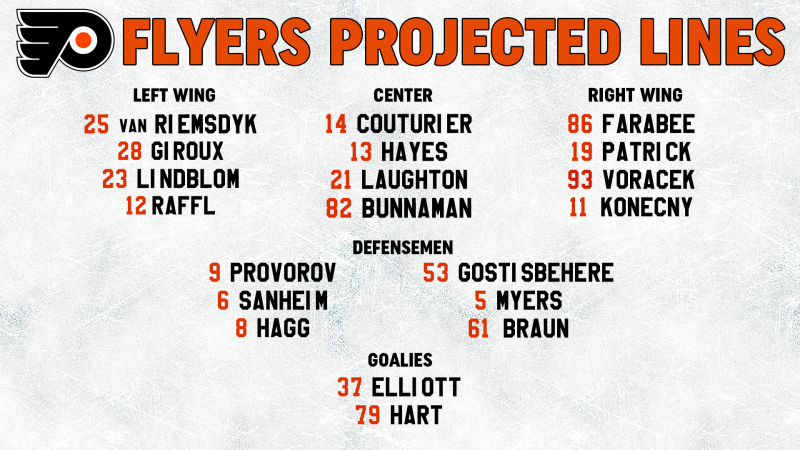