The month of April is typically known for the final few days of the NHL's regular season. For many teams, that can mean either one last push for the playoffs or the final few games that are a mere formality.

Thursday marks the mid-point of April, and for the Flyers, they are certainly now in a spot where most of what's left on the 56-game schedule is nothing more than formality at this point. A 6-1 loss to Washington, their fifth by that score this season, on Tuesday to follow up the trade deadline has made the remaining 14 games on the schedule all about auditioning for next season.

That continues on Thursday night, as the Flyers head to Pittsburgh to face the Penguins, who recently acquired a familiar face at the deadline. 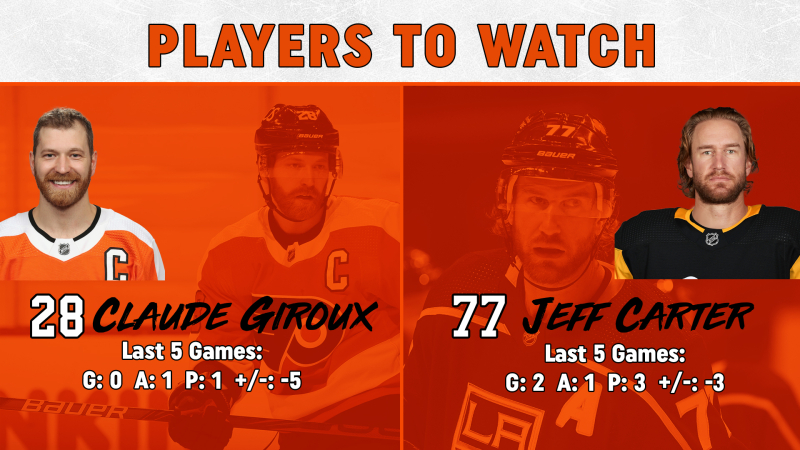 Claude Giroux had a particularly poor game on Tuesday, posting a minus-3 in the 6-1 loss to Washington. He's been held to just one point in the last five games. At this point, it's about playing for pride, and Giroux should be the most frustrated with the number of lopsided defeats this team has taken.

Jeff Carter makes his debut with the Penguins after being traded on Sunday night. Carter had started to put some points together, with three in his last three games prior to the trade. Now in a position to make a playoff run with a contender, this is Carter's chance to make a good first impression as a Penguin. 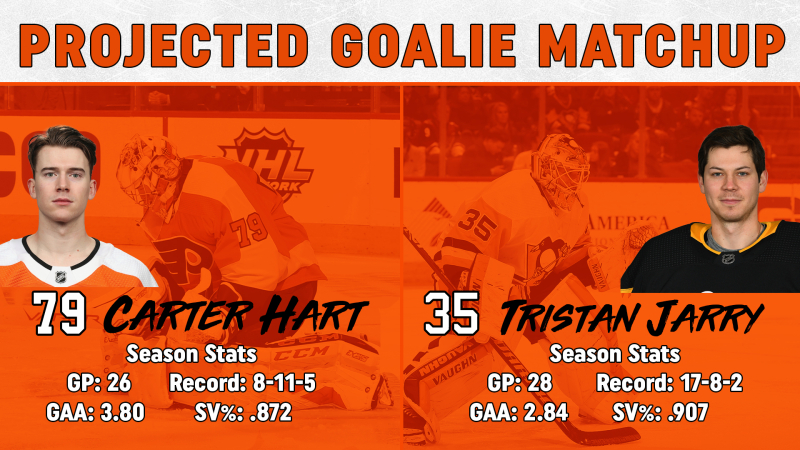 Carter Hart is expected to get back in goal for the Flyers on Thursday. Hart was having a solid start before the late-game collapse to Buffalo, allowing two goals in the final four minutes of the game in the loss. The results are not as important as the process for Hart, getting his head clear and showing the confidence that made him a must-watch in goal. He gets another chance at that on Thursday.

Tristan Jarry gets the start for Pittsburgh. Jarry has been on a roll of late. With the exception of a rough start against the Rangers on April 6 where he allowed four goals on 11 shots, Jarry has won five of his last six starts. 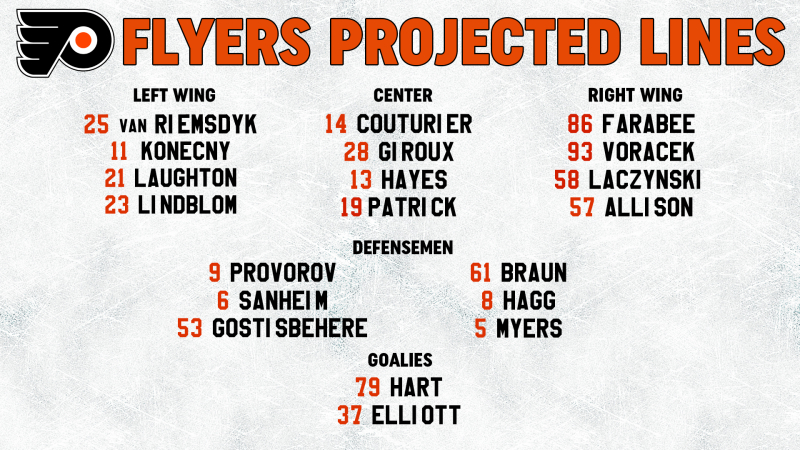 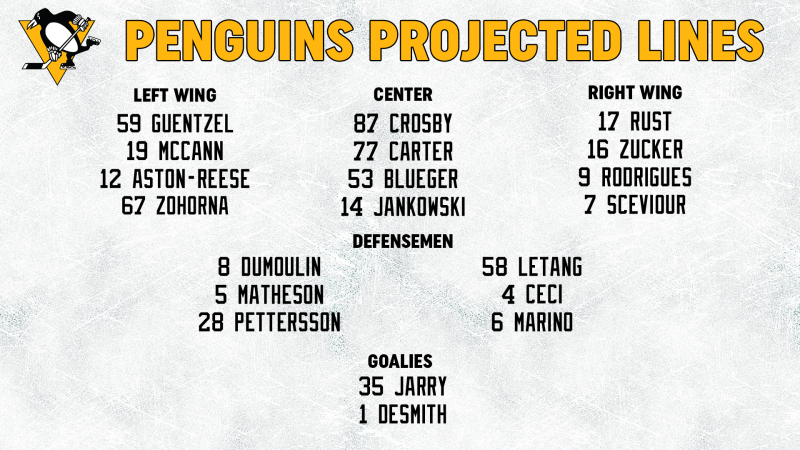