For the first time in over two months, the Flyers convincingly won a hockey game on Monday night. It was their first win by more than one goal since Feb. 28, one that not only took to task the division-leading Pittsburgh Penguins, but knocked them from the pedestal for at least the moment.

Tuesday night marks the final meeting of the season between the Flyers and Penguins, the very matchup that opened the 2020-21 season for the NHL nearly four months earlier. One team is headed for the playoffs in another three games, seeding to be determined. The other has a critical offseason ahead, but before that begins, four more games remain. 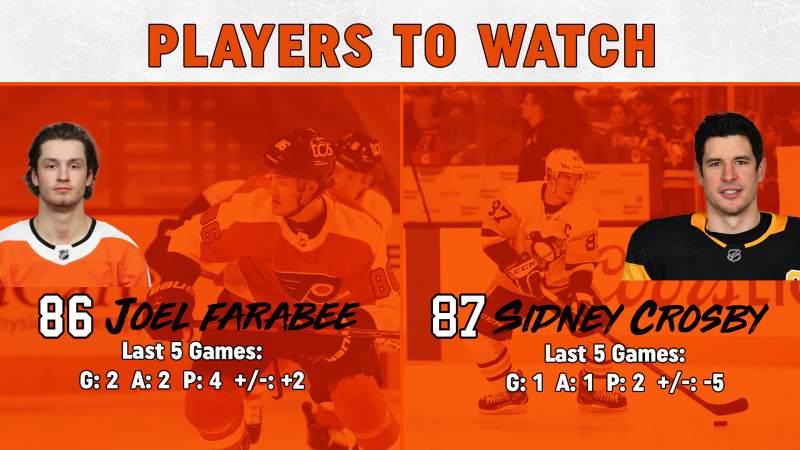 Joel Farabee now has goals in back-to-back games and certainly looks like the confident player that opened the season on a tear. He looks to keep it going on Tuesday night.

Another game in Philly and another goal for Sidney Crosby. It should come as no surprise, but Crosby hasn't been piling up points lately, so this could be the start of another hot streak for him, just in time for the playoffs. 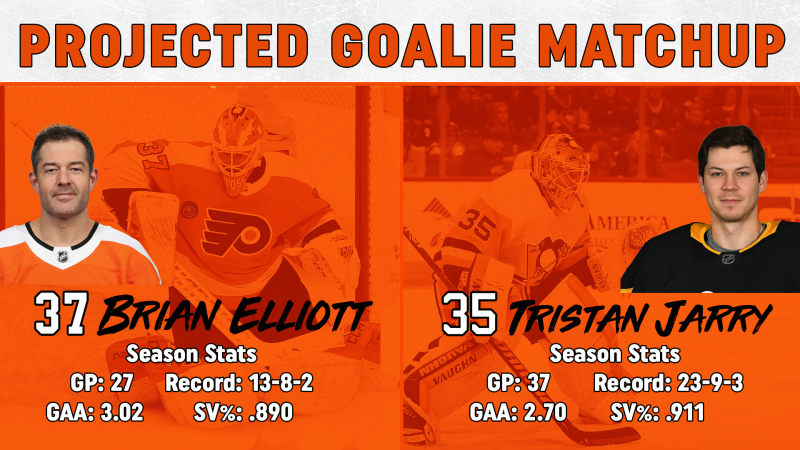 Brian Elliott gets back in goal for the Flyers. Elliott likely has two or three starts remaining this season, and is looking to finish on a high note. Elliott has lost two straight starts after winning back-to-back starts.

Tristan Jarry got some unexpected ice time on Monday with Casey DeSmith exiting with an injury after two periods. Jarry is back in goal on Tuesday night. 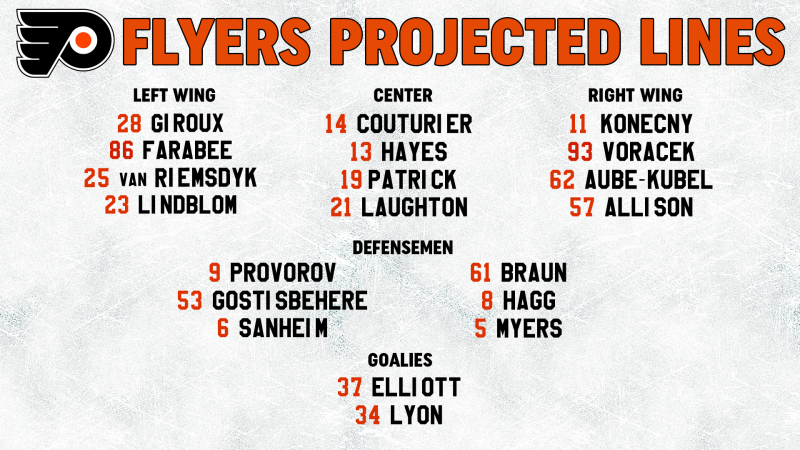 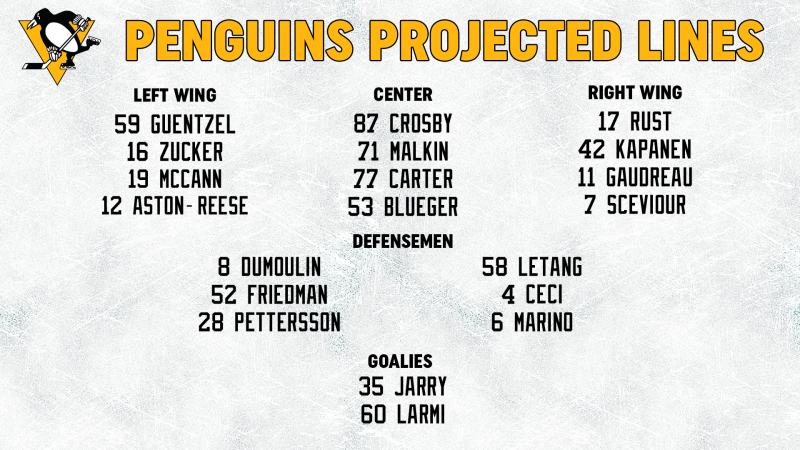