Just as the Flyers make their return home, where they will spend a lot of time in the next couple of months, the hits just keep coming. Two more players were added to COVID protocol on Wednesday, leaving the Flyers even more shorthanded entering their first game of three straight on home ice.

It doesn't help that the opponent is the hottest team in the NHL at the moment. The Pittsburgh Penguins are in town fresh off their ninth straight win, as the Flyers battle through a three-game losing streak. 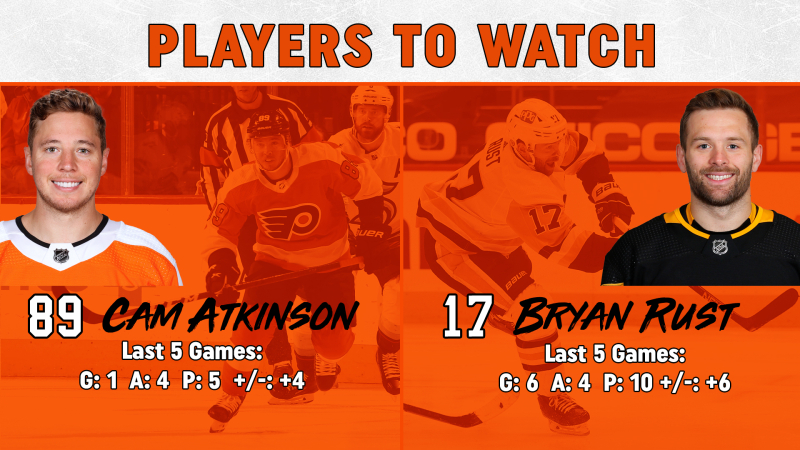 Cam Atkinson scored on Tuesday to snap a five-game goalless drought following his hat trick against the Devils on Dec. 14. Despite that, he had four assists over the five games as well.

Since returning from injury, Bryan Rust has been flat-out dominant. He has only played in 14 games this season and produced seven goals and 17 points, but five goals and eight points have come in just the last two games since his return. 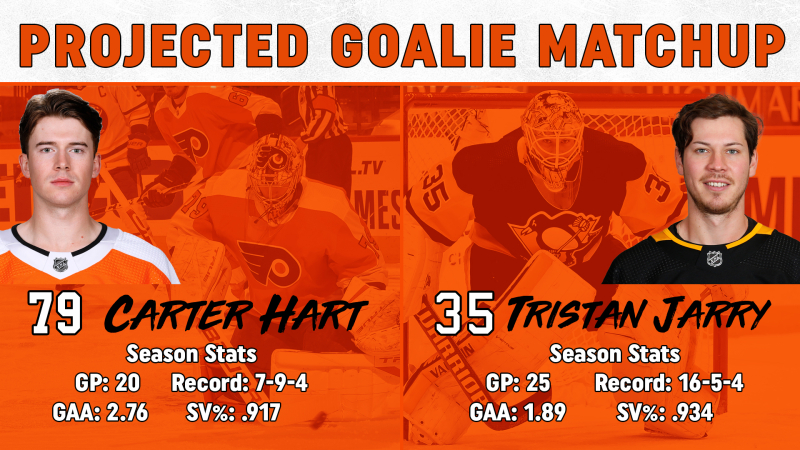 Carter Hart will get the start for the Flyers. Hart settled into his last start, making his return to the lineup for the first time since Dec. 16. In taking the loss to the Ducks, he allowed three goals on 29 shots faced.

Tristan Jarry is expected to get the start for the Penguins. Jarry did enter in relief in Wednesday's game against the Blues, making saves on all 13 shots he faced and earning the win. Jarry has won five straight starts and has six straight wins for Pittsburgh dating back to Dec. 1. In that time, he has not allowed more than two goals in a game. 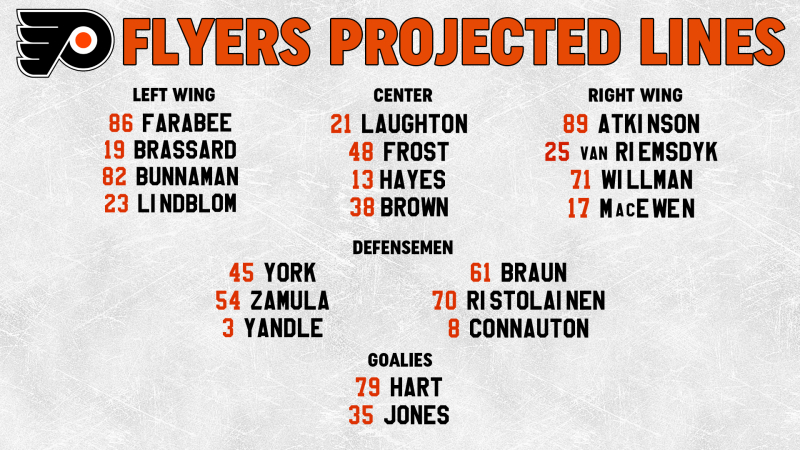 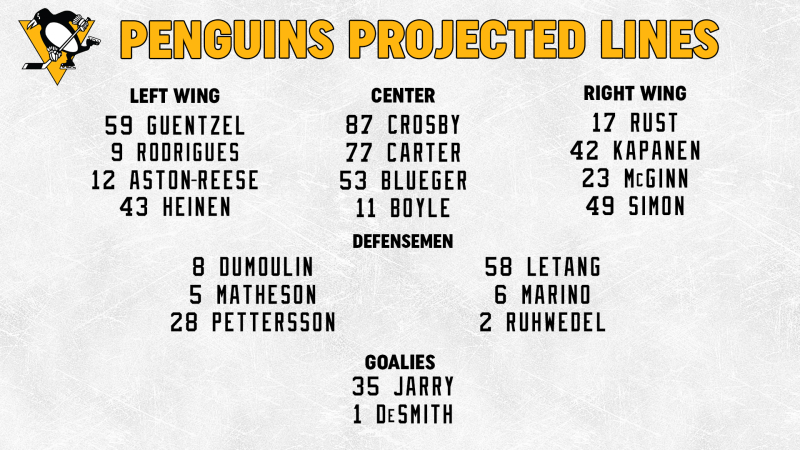