The Thanksgiving holiday is in the rear-view mirror. If not for a late breakdown, the Flyers could have been celebrating the end of a seven-game losing streak going into the NHL's off day for Thanksgiving. Instead, the Capitals tied the game, then won in overtime to extend that streak to eight.

That brings us to this weekend, where the Flyers are staring another double-digit losing streak right in the face. The Pittsburgh Penguins are in town for the annual Black Friday game.

It wasn't long ago that the Penguins had a streak like this, losing seven straight games after a 4-0-1 start to the season. But since then, they have won six of their last eight games, including four in a row entering Friday. 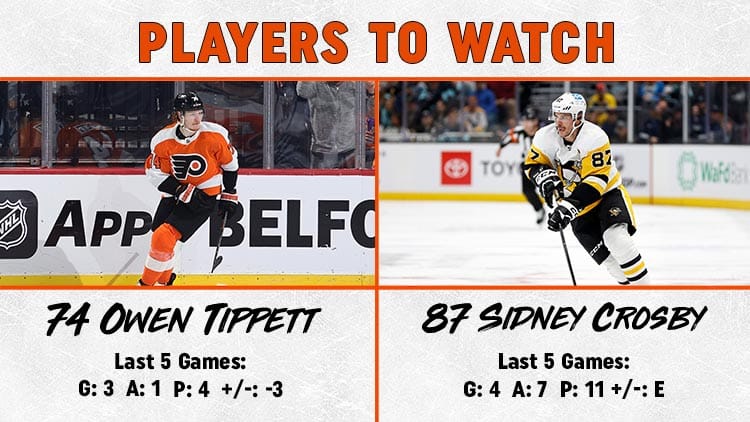 Owen Tippett has been among the Flyers most productive players of late. Three goals in the last five games have boosted him to six on the season, second on the team.

Sidney Crosby has been a production machine of late. Prior to a shootout win against Calgary on Wednesday, Crosby had 11 points in his previous four games, including two four-point games. In 20 games this season, Crosby has seven multi-point games. 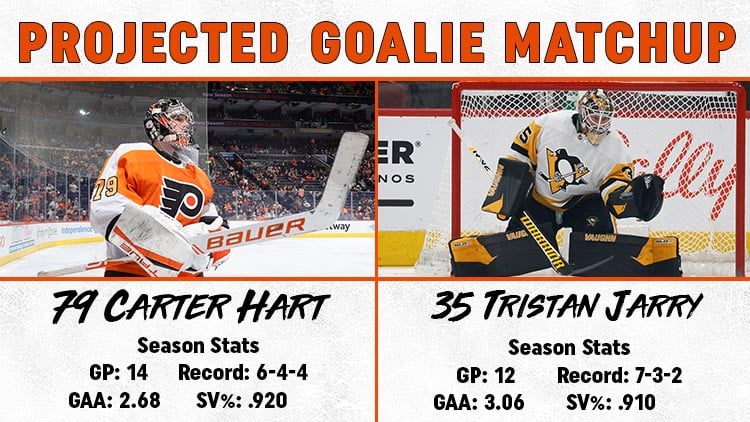 Carter Hart is expected to get back in goal. Hart made 25 saves on 28 shots in the loss to the Flames on Monday night before getting a break in the Flyers last game on Wednesday. Hart enters on a personal six-game losing streak.

Tristan Jarry is expected to start for the Penguins. Jarry made 33 saves on 34 shots in the win over the Flames on Wednesday to follow up a 32-save shutout against Winnipeg last Saturday. Jarry is on a three-game winning streak of his own entering the game. 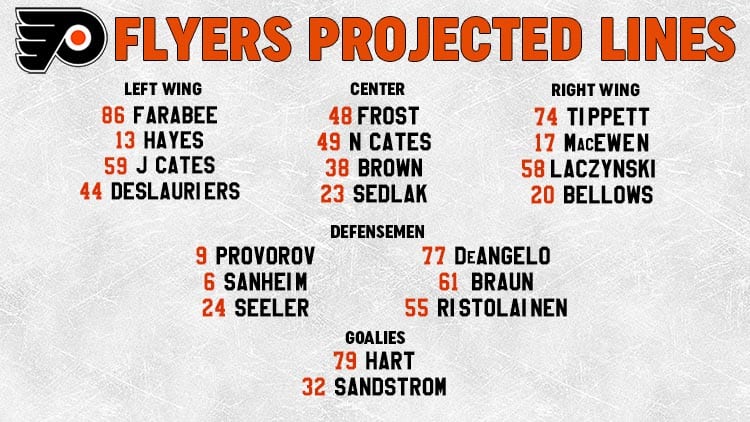 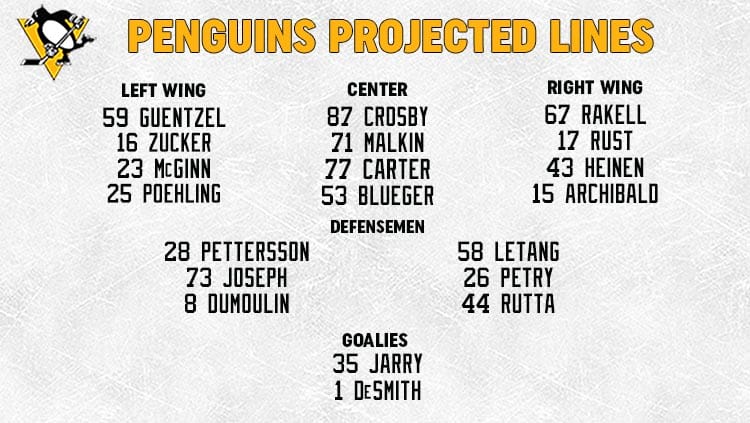