At long last, the Flyers are set to make their return to the ice. It's been a long 10 days off the ice for the Flyers. They had their game last Tuesday postponed on the morning of due to COVID protocols. They were on a league-mandated quarantine for seven days. They will be shorthanded upon their return with several players still on the COVID list.

The Flyers face the New York Rangers in their first game since last Sunday. The Rangers enter this game on a four-game losing streak, fresh off a loss to the New Jersey Devils on Tuesday in the Devils' first game back since their own COVID situation. 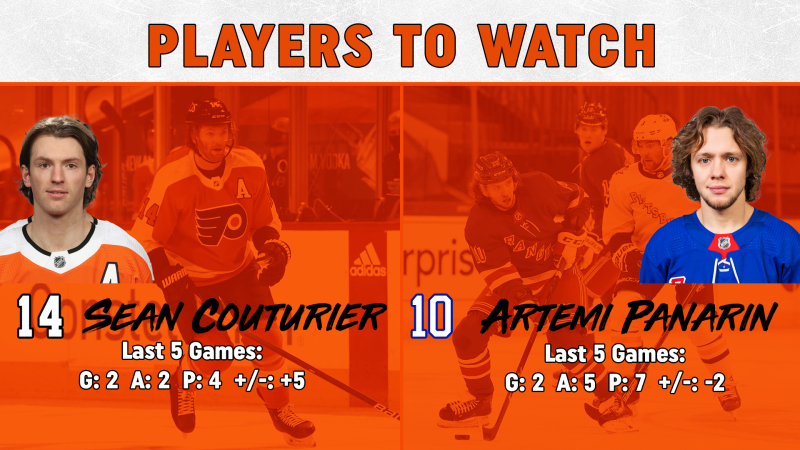 With the Flyers coming in shorthanded, they will need veteran players to step up. Sean Couturier has now had an additional week off to recover and made his presence felt in his return to the lineup in the last game on Feb. 7. The Flyers will need another big game out of him to remain competitive.
Much of the New York Rangers offense runs through Artemi Panarin. The forward has 15 points on the season, which doubles up nearly all of his teammates in point production. Panarin missed the last two games with a lower-body injury, and the Rangers suffered without his presence, scoring just two goals in the two games. 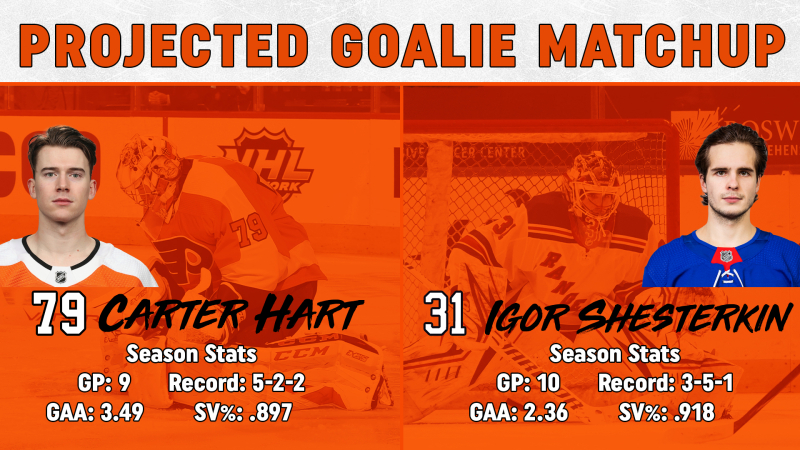 Carter Hart will be between the pipes as the Flyers make their return. The numbers still aren't pretty for Hart this season, but he has consistently put his team in a position to win games.Igor Shesterkin was in goal for the Rangers loss to the Devils earlier in the week, but it appears that he will get the call once again in Thursday's game against the Flyers. Shesterkin has lost his last three starts, though prior to allowing four goals in the loss to the Devils on Tuesday, he had a string of five straight games allowing two goals or less. 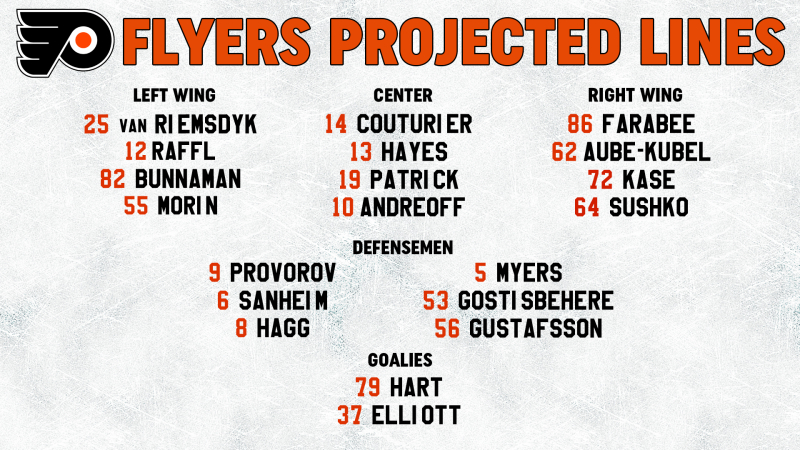