The trip to Lake Tahoe provided a memorable setting for a game, but far from a memorable result for the Flyers. The 7-3 defeat to the Bruins marked the fifth time Boston has defeated the Flyers already this season, a third of the results on the 2020-21 season. Lucky for the Flyers, they don't have another meeting with Boston for over a month.

The Flyers are also getting some reinforcements back in the lineup. Claude Giroux returned to practice on Tuesday and was the first of the players on the COVID list to return. More will follow in the coming days. For now, Giroux and the rest of the team continue their season, facing the New York Rangers on Wednesday night. 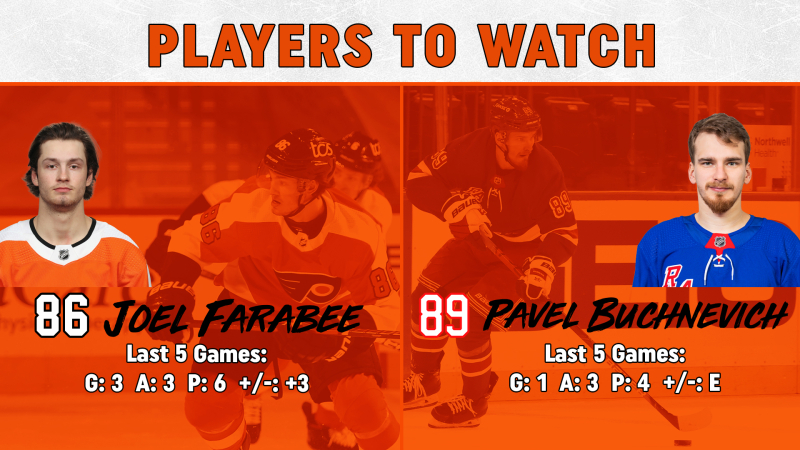 Joel Farabee continues to have a strong showing this season, and after scoring the tying goal against the Rangers last week, also scored again in Sunday's game in Lake Tahoe. His eight goals already matches the total he had in his rookie season.
With Artemi Panarin out of the lineup on a leave of absence, the Rangers will need others to step up. Pavel Buchnevich had a strong game last Thursday that could have been rewarded with multiple goals. He'll be one to watch on the Rangers side in this one. 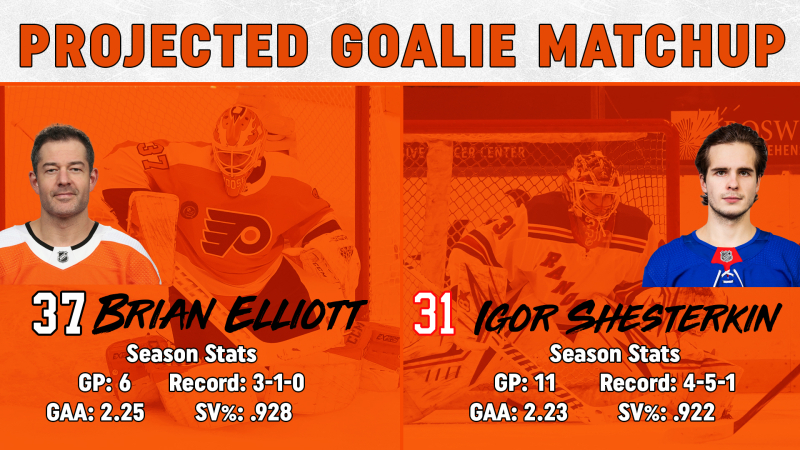 After entering in relief of Carter Hart on Sunday, Brian Elliott gets the start on Wednesday night against the Rangers. Elliott has had a strong season to this point, and it's been several weeks since his last start due to the Flyers COVID situation. He gets his chance in this game to get back into the rhythm of starting a game.The Rangers will counter with Igor Shesterkin in this game. Shesterkin has put together solid numbers this season despite the 4-5-1 record. While Shesterkin played a big role in the Rangers playoff push a season ago, he has yet to face the Flyers in his career. 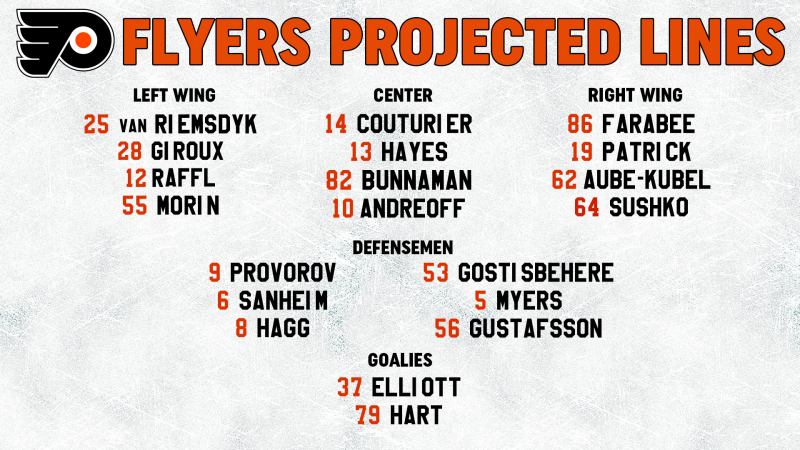 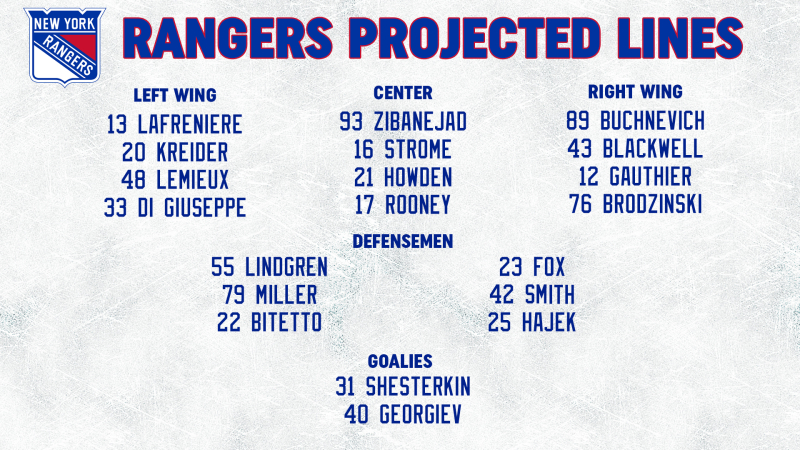