The Flyers got the victory they needed on Monday in ugly fashion, but it still was a crucial two points in the standings nonetheless. The Flyers continue to do what they need to stay in the playoff race, beating the teams below them in the standings by whatever means necessary. They will have one more game against one of those teams before getting three games in a row with the division leaders.

The Flyers return to the ice on Wednesday night to face the New York Rangers again in the second game of a four-game road trip. 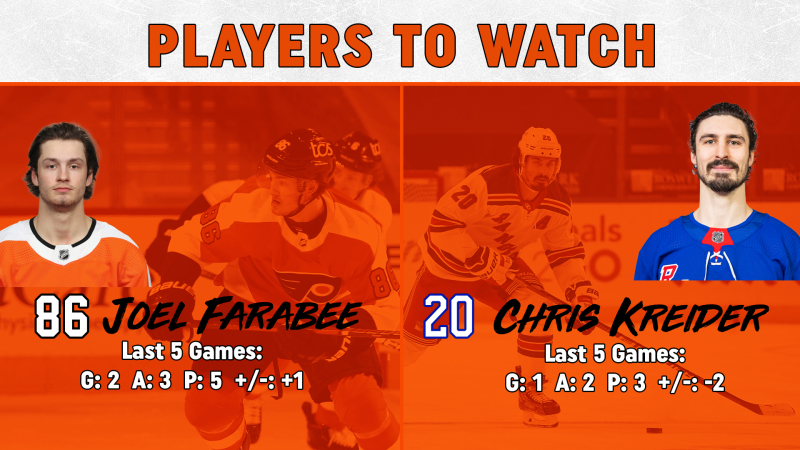 Joel Farabee continues to pick up points, scoring a goal and adding an assist in his last game on Monday. Farabee is producing at near point-per-game pace in just his second NHL season, and has emerged as one of the Flyers go-to guys on the top line.

In a game where the Rangers struck four times, Chris Kreider was relatively quiet. With a hat trick already this season against the Flyers, he's always a threat, especially around the net on the man-advantage. Brian Elliott is expected to be in goal on Wednesday. Elliott sat out Monday as a healthy scratch after getting extra work in Monday's morning skate. Elliott struggled in Saturday's game against Washington after making multiple starts last week. The Flyers will need to turn to Elliott in this back-to-back, so it appears Wednesday will be the night.

Alexandar Georgiev will be between the pipes for the Rangers on Wednesday. Georgiev made 20 saves in a win against the Flyers on Feb. 18, but has lost his last two starts, getting pulled early in both. 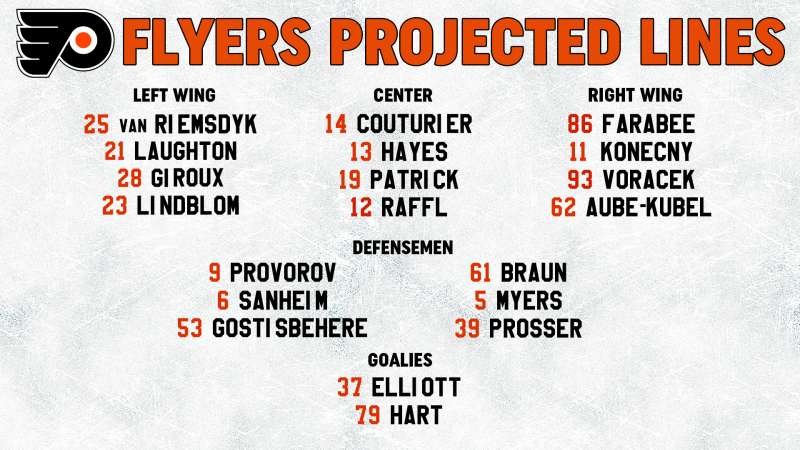 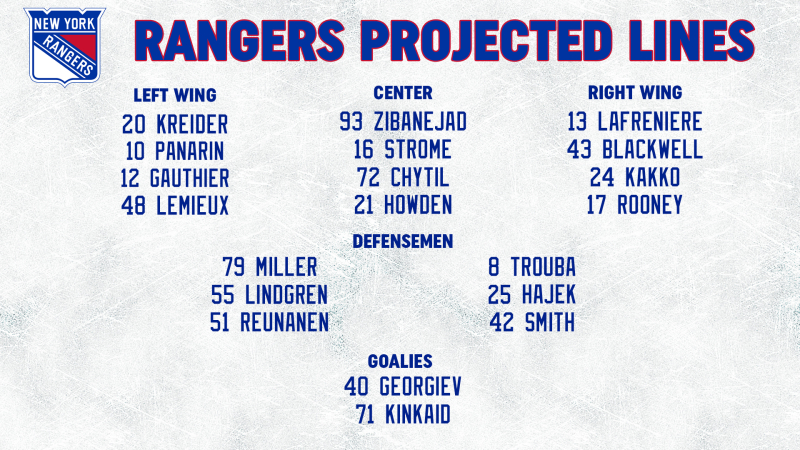