There haven't been many games that have gone into the win column for the Flyers of late. Two of their most recent have come against the Rangers though. They were able to find a way to claim a 2-1 win back on March 27. They had just four wins prior to Thursday night's 3-2 victory at Madison Square Garden.

The Flyers return to MSG on Friday night for one final meeting against the Rangers this season. 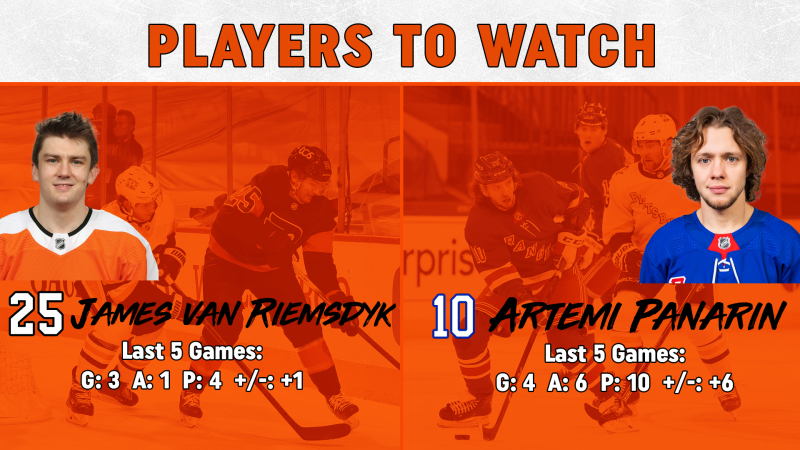 James van Riemsdyk was right in the center of the action on Thursday. From the opening goal for the Flyers that hit off his face to scoring on the power play upon returning the game, van Riemsdyk continued to come through for the Flyers. He has three goals in his last three games and four points in the last five.

Artemi Panarin eventually got on the board in the final minutes of the third, but he had plenty of chances in Thursday's game, especially on the power play. Panarin has been on a hot streak of late, scoring four goals and 10 points in his last five games. 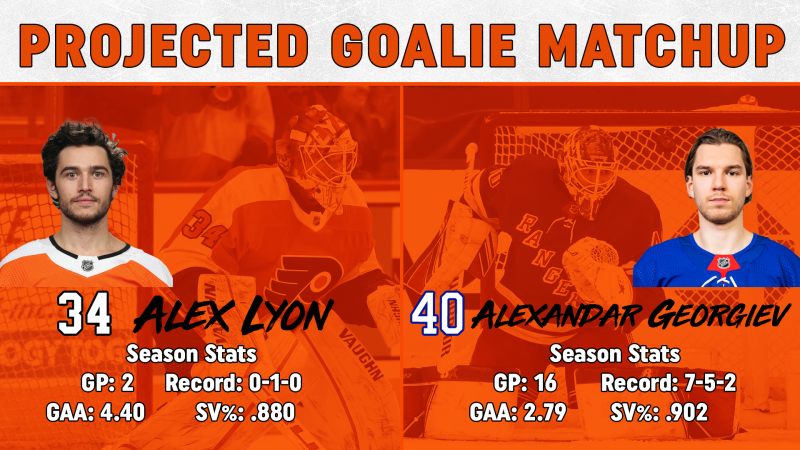 After Brian Elliott helped carry the Flyers to a win on Thursday, the Flyers will now turn to Alex Lyon for Friday's start. Lyon has faced the Rangers twice in his career, scoring wins in each game.

Alexandar Georgiev is expected to get the start in Friday's game for the Rangers. Georgiev's record hasn't been perfect, but he's had some strong performances this season. 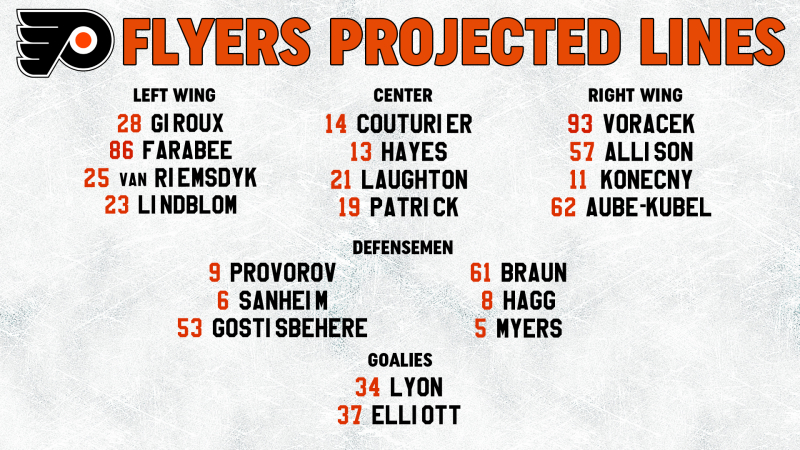 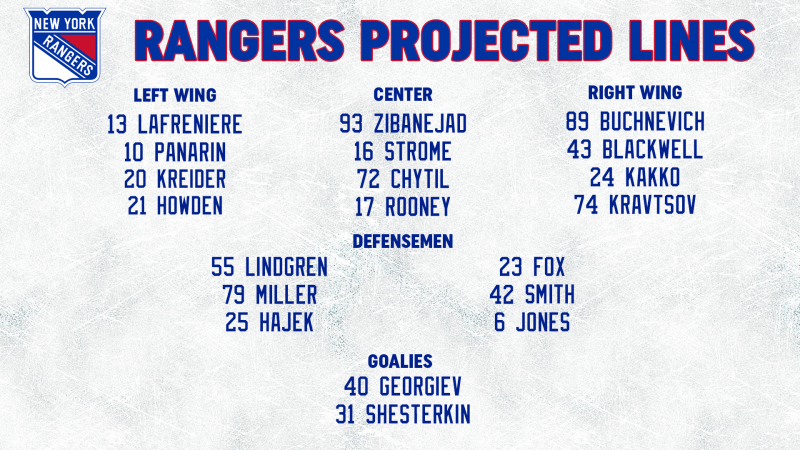