Less than 24 hours after the completion of a 9-2 embarrassment against the Washington Capitals, the Flyers return to home ice to continue the final weeks of the season.

They get to go against another playoff team, facing the New York Rangers on Wednesday night. 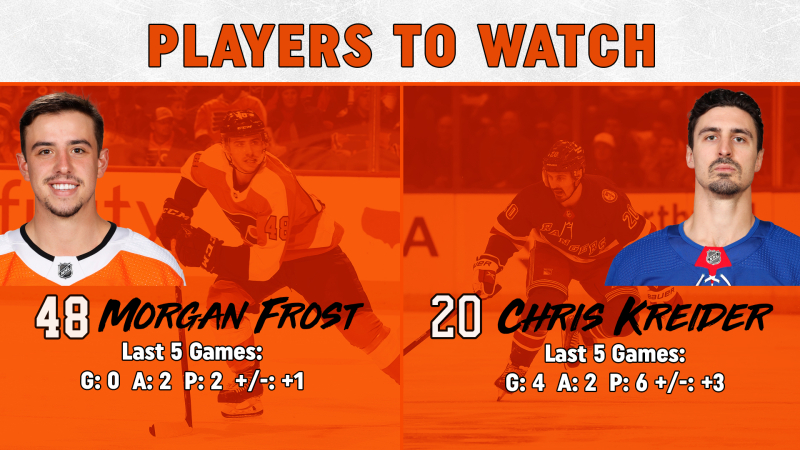 Morgan Frost has been consistently playing at center and between some of the new faces on the roster. He's shown signs of being more comfortable, but it hasn't translated to more consistent production yet.

Chris Kreider reached the 50-goal mark on the season late in Tuesday's loss in Carolina. He looks to continue his outstanding season in this game. 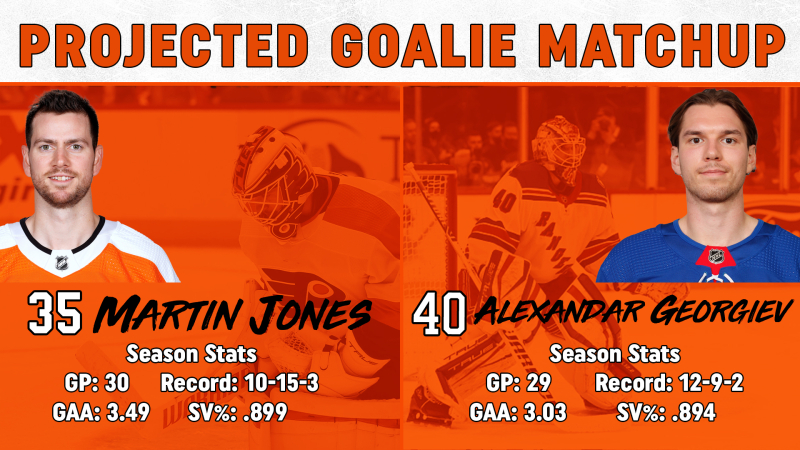 Martin Jones is expected to start for the Flyers. Jones was always slated for this game, but entered in relief on Tuesday after Carter Hart exited with injury in the first. Jones made 21 saves on 27 shots in his appearance.

Alexandar Georgiev gets the start for the Rangers. Georgiev makes his first start since April 5, making 20 saves on 21 shots in a win against the Devils. Georgiev has won his last five starts dating back to March 15. 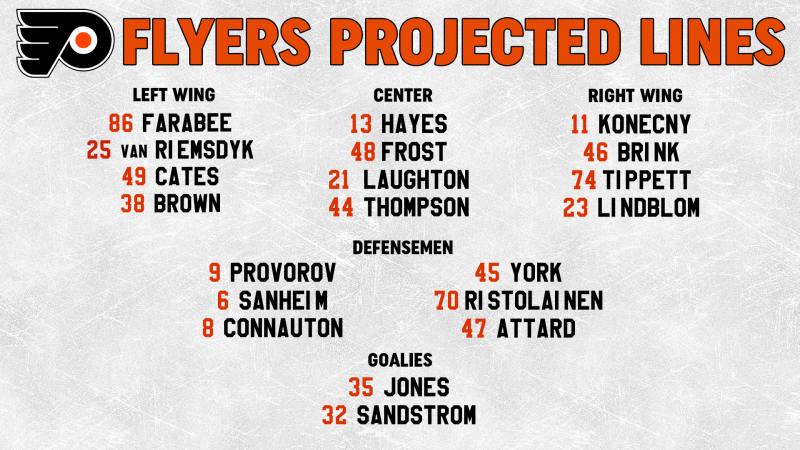 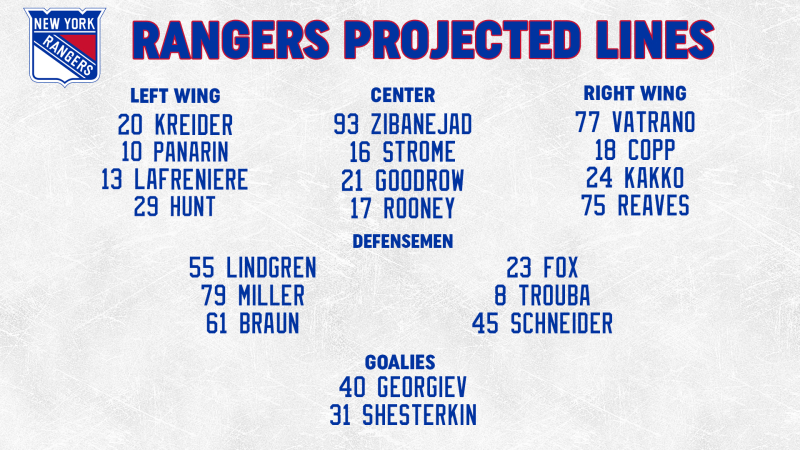