Since their West coast trip to California, the Flyers have spent a lot more time at home. That has continued this week with a pair of games at Wells Fargo Center, and will continue early next week with two more games on home ice before heading into the All-Star break.

On Saturday, though, the Flyers are hitting the road for the Motor City, taking on the Detroit Red Wings. 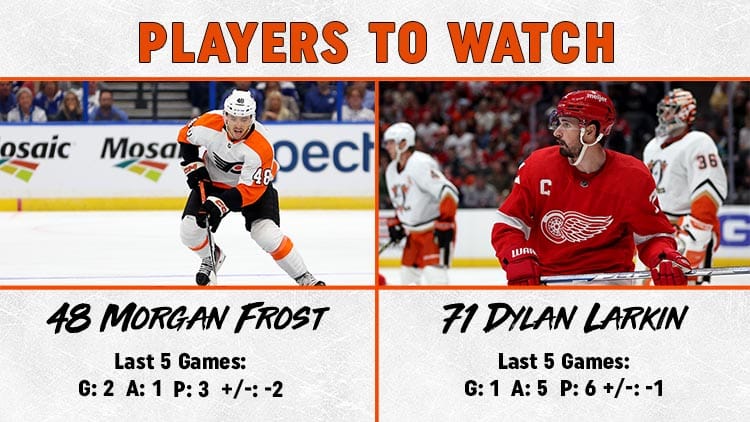 Morgan Frost has goals in back-to-back games entering Saturday and has shown off his skill on both. He had a three-game goal scoring streak in mid-December and is looking to replicate that on Saturday.

Dylan Larkin enters Saturday on a six-game points streak with two goals and six assists in that time. Larkin is heating up again after picking up just seven points over his previous 14 games prior to this streak. 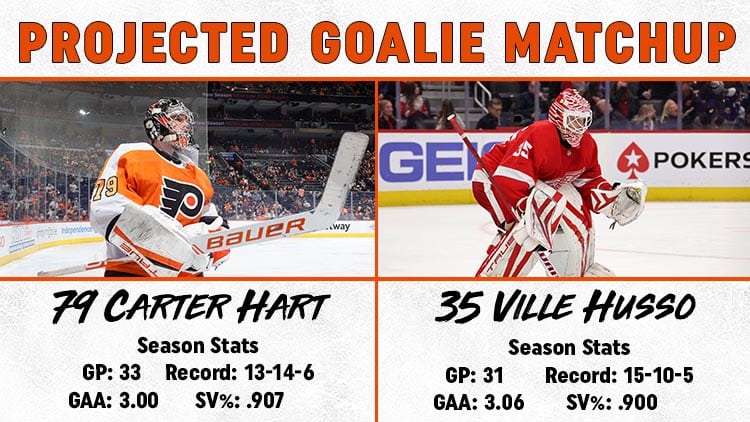 Carter Hart gets the start for the Flyers. Hart made 25 saves on 28 shots in the loss to Chicago on Thursday. He is looking to bounce back from back-to-back losses this week after picking up a pair of wins over Washington the week prior.

Ville Husso is expected to start for Detroit. Husso made 33 saves on 35 shots in his last start, picking up a win over the Vegas Golden Knights. Husso has wins in three of his last five starts. 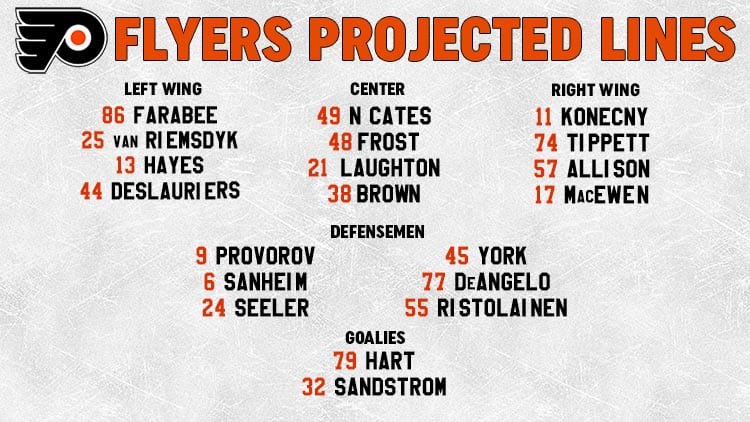 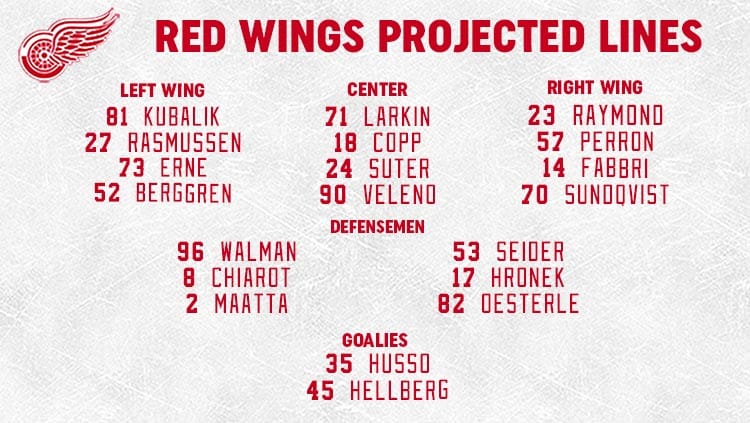