The Flyers got a much-needed day off the ice following back-to-back losses over the weekend in Pittsburgh and on home ice against Washington. Their time with the Capitals is far from over this week, but they do get a bit of a break in the series by facing a team they had their way with a weekend ago.

The Buffalo Sabres make a visit to Philadelphia on Tuesday night as the Flyers look to put a 1-3-0 week behind them. The Sabres struggles have only continued since the Flyers met them last weekend, as they enter the game on seven-game losing streak. 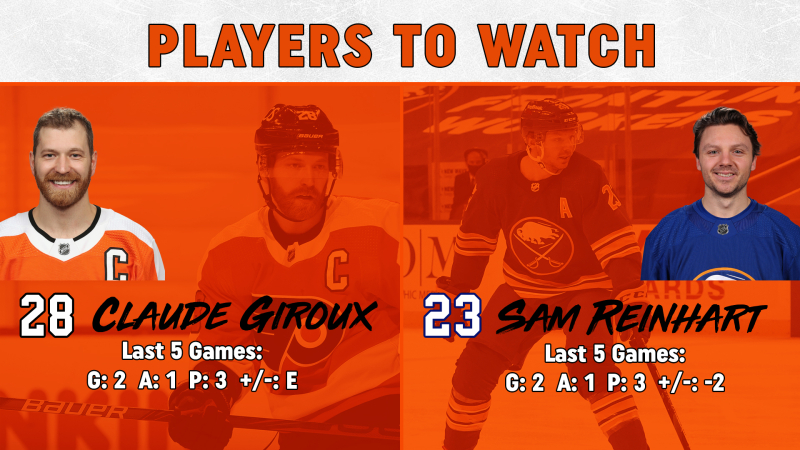 Claude Giroux played a huge role in the comeback win over the Penguins on Thursday, but has been relatively quiet in the last two games as the team has struggled to match the energy of the opposition. On Tuesday, he needs to step up and help lead his team back to the win column against an inferior team.

The Sabres are going through some struggles, but one player they could look to is Sam Reinhart. Reinhart had a very strong game in Philadelphia in January and leads the team in goals with nine. 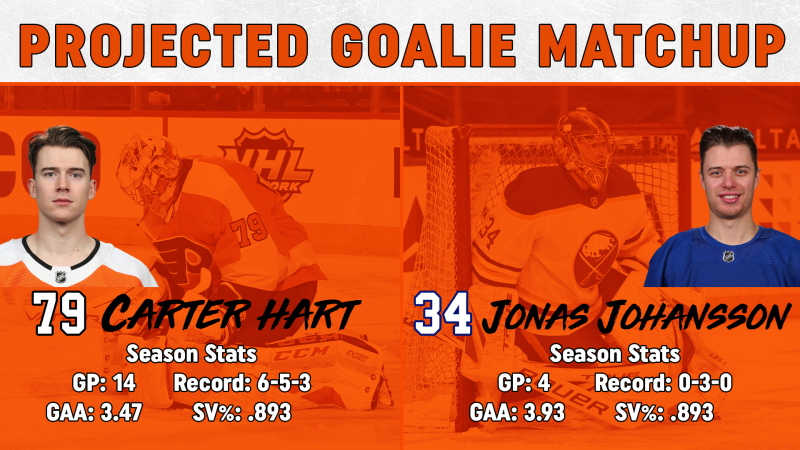 The Flyers are going back to Carter Hart in goal. Hart made 24 saves in the loss on Sunday to Washington and gets right back out there against Buffalo, a team he faced just over a week ago, recording a 28-save shutout.

Jonas Johansson was the first goalie off the ice at the morning skate, indicating he will get the start. Johansson also faced the Flyers on Feb. 28, making 35 saves in the loss. Johansson has appeared in just four games this season, two of them coming against the Flyers. 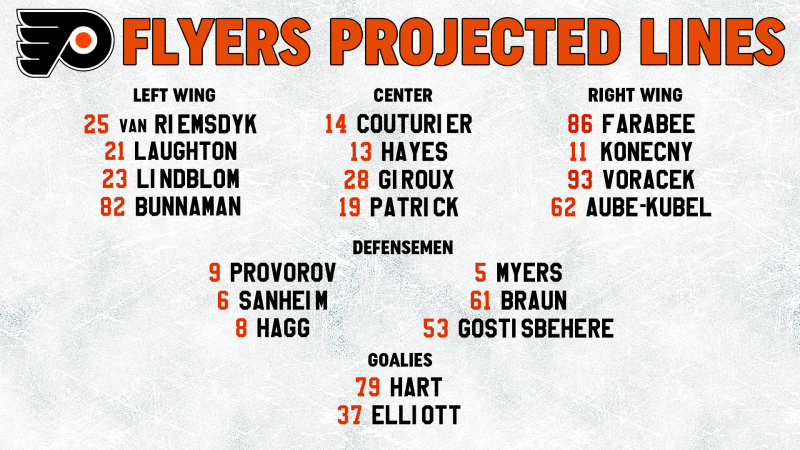 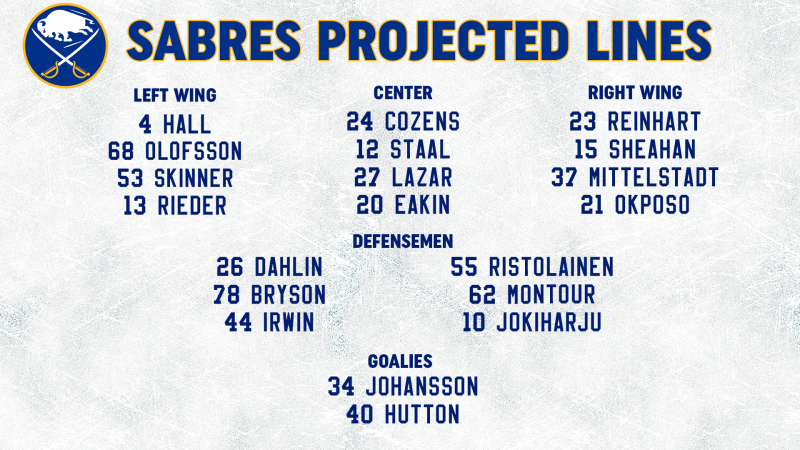