The Flyers closed out the week with a bonding moment. Sam Morin's first NHL goal was the difference in a win over the Rangers, snapping a three-game losing streak.

Now, the Flyers hit the road, going to Buffalo for the next two games. The Sabres are certainly a reeling team, having lost 17 straight games. This is certainly an opportunity for the Flyers to get on a roll and turn their season back in the right direction. 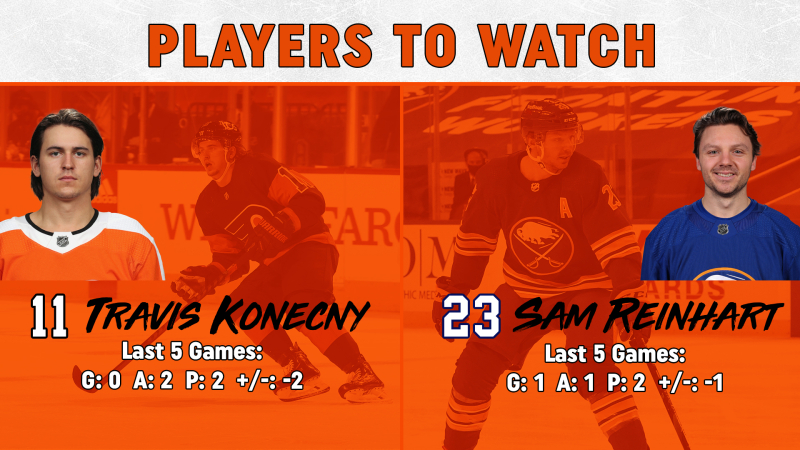 Travis Konecny has continued to be inconsistent and his struggles have been apparent in recent games. This needs to be viewed as an opportunity for Konecny, who can hopefully get his game going again soon. 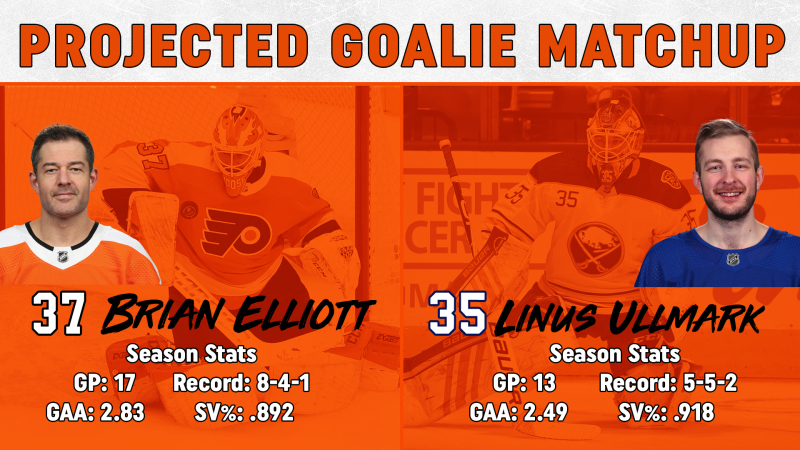 Brian Elliott gets back in net on Monday night to face the Sabres. Elliott already has two shutouts against the Sabres this season, for one, but also turned in a solid performance on Saturday, making 24 saves.

The Sabres will start Linus Ullmark on Monday night. Ullmark has had a solid season, but it's been marred by injuries and forced him to miss significant time. 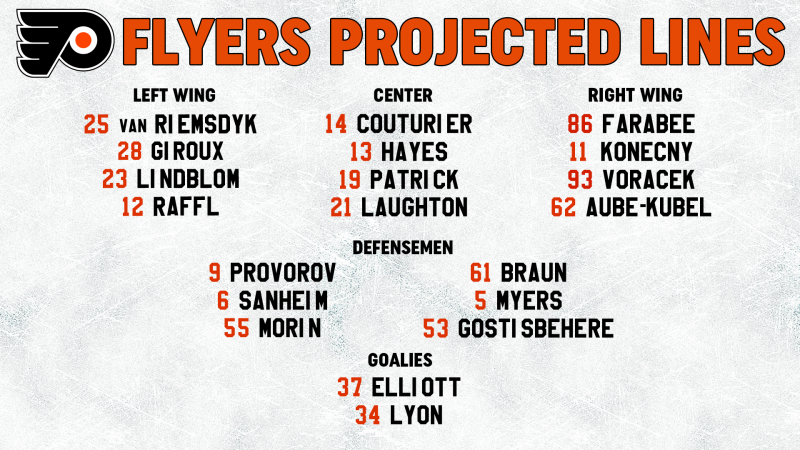 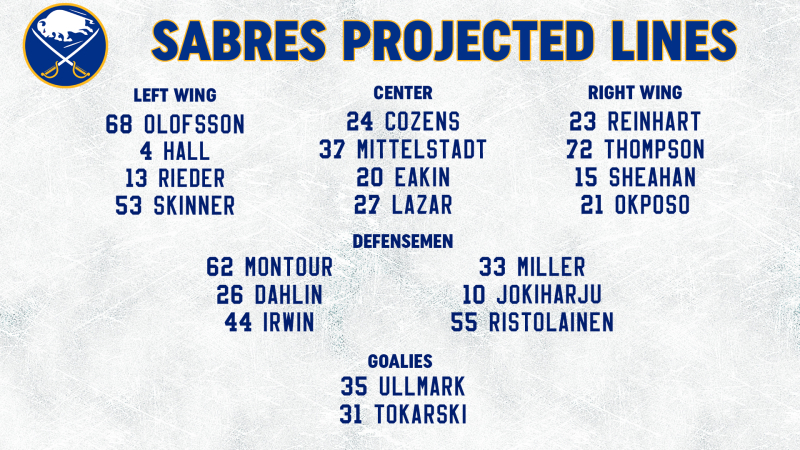