In many ways, Monday's game was still a disaster no matter how you spin it. Perhaps for the Flyers, it was more of a gigantic crisis averted, since a regulation loss to the Buffalo Sabres would have likely put to bed any talks of the playoffs. But the Flyers have some life in that race after rallying for the win. It continues to be about what they do with it next.

That next game comes on Wednesday night, as the Flyers face the Sabres again. The Flyers are continue to try to keep their dimming playoff hopes alive, while the Sabres look to avoid carrying their winless streak to 19 games. 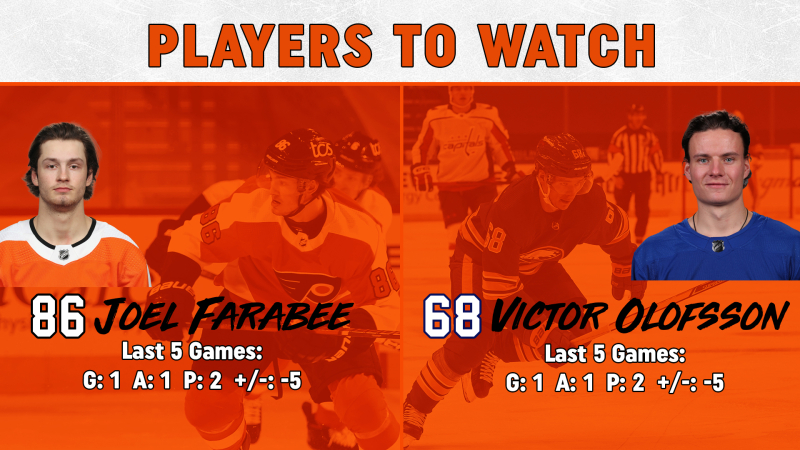 Joel Farabee spent the final 20 minutes of regulation and the brief overtime of Monday's game glued to the bench. With the Flyers back into their usual rotation for Wednesday night, hopefully the benching brings a motivated Farabee back into the mix.

Victor Olofsson is a quality shooter and can definitely produce offense. While the Sabres didn't get much from their top guys on Monday, they will be poised to get production from them in Wednesday's game if the same mistakes are repeated. 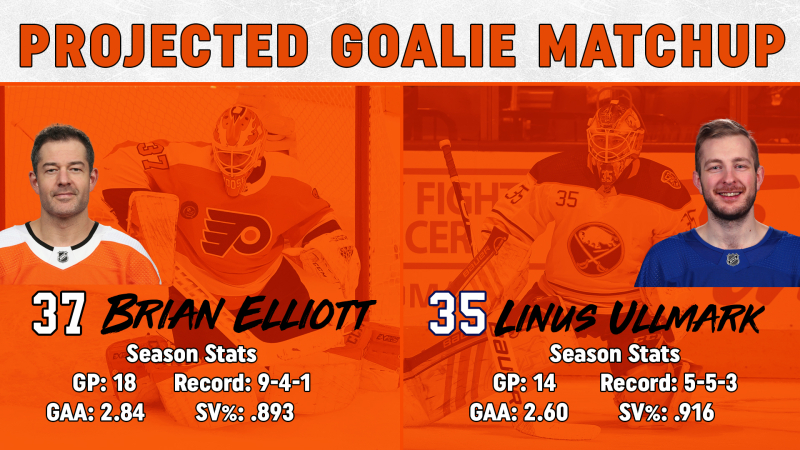 Brian Elliott gets another start on Wednesday night. After a rough start, allowing three goals in the first two periods of Monday's game, Elliott locked things down in the third and picked up another win over Buffalo. He looks to continue his success against the Sabres on Wednesday.

After playing a strong game through two periods, Linus Ullmark ended up on the hook for the loss in Monday's game. Ullmark has solid numbers individually this season, though his record shows the level of play in front of him. 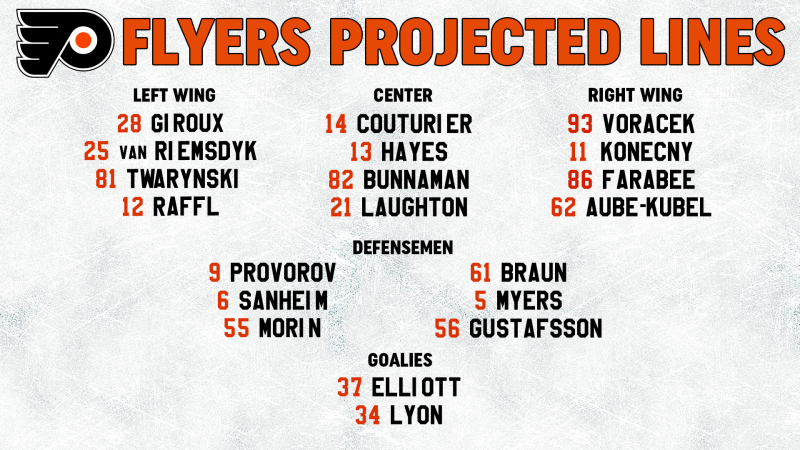 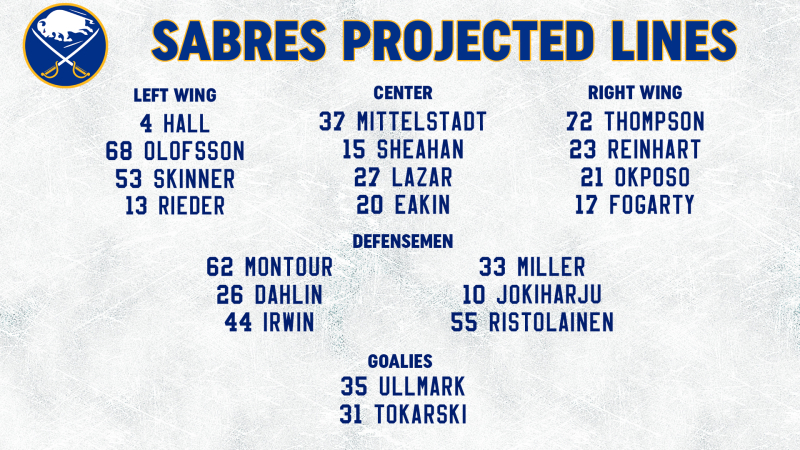