The Flyers weren't going to win them all, but it was certainly not expected to be handed such a lopsided and embarrassing loss that early in the season. The 6-1 defeat at the hands of the Buffalo Sabres on Monday night showed a lot of flaws with this team that need to be corrected quickly.

Luckily for the Flyers, they get another chance to come right back and right the ship less than 24 hours later. They also get to do it against the same opponent, giving them a chance to get immediate revenge on a team that dominated them a night earlier.

The Flyers and Sabres are back on the ice at Wells Fargo Center on Tuesday night at 7 p.m. 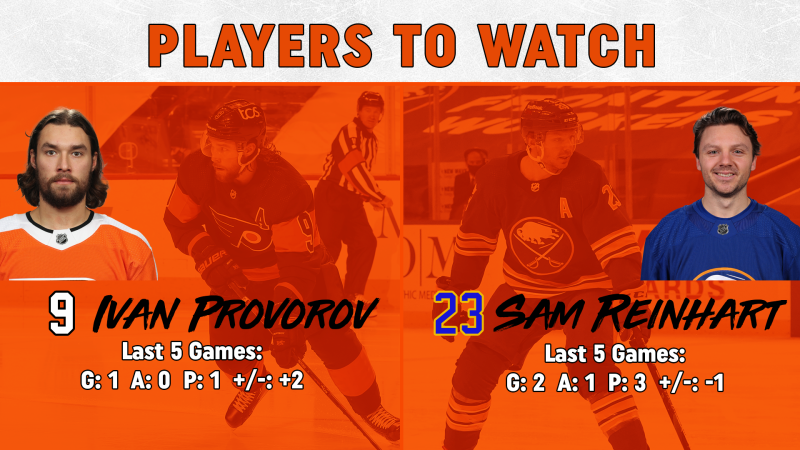 The last couple of games, the Flyers have played poorly in the defensive end. This is a spot where Ivan Provorov needs to step up as the leader of that group. While he hasn't been directly on the ice for as many of the goals being scored against, teams are getting sustained pressure throughout the game, and the Flyers need Provorov's calming presence to resonate with the entire group to restore the structure that made them so successful last season.

The Sabres moved Sam Reinhart to the first line ahead of Monday's game and that worked wonders. Alongside Taylor Hall and Jack Eichel, the trio went off for eight total points, with Reinhart getting the two goals and Hall and Eichel each picking up three assists. This is the line the Flyers have to do a better job containing, and Reinhart showed that he is plenty capable of finishing his opportunities. 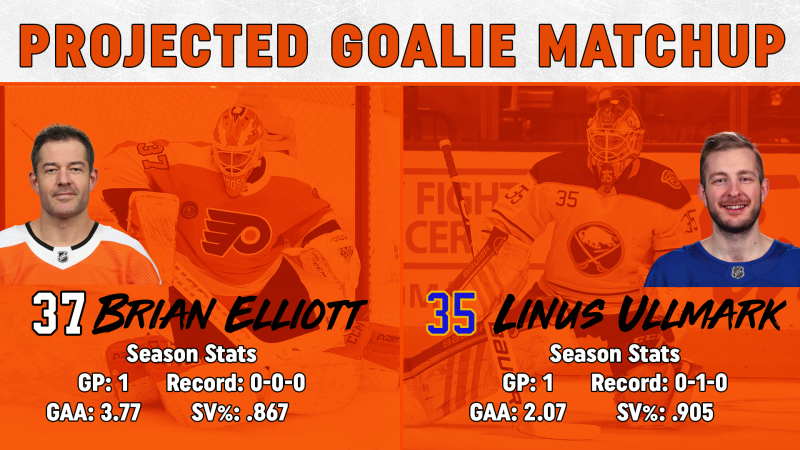 After entering Monday's game in relief and making 13 saves on 15 shots, Brian Elliott is back in goal for his first start this season. Elliott did a solid job after entering for Hart, despite the two goals allowed. Now he gets his first chance from the start to show he can be a reliable presence in goal.

Linus Ullmark was a late scratch from Monday's game for personal reasons. He is expected to skate on Tuesday morning. For now, we'll assume he gets the start, but that is certainly subject to change. 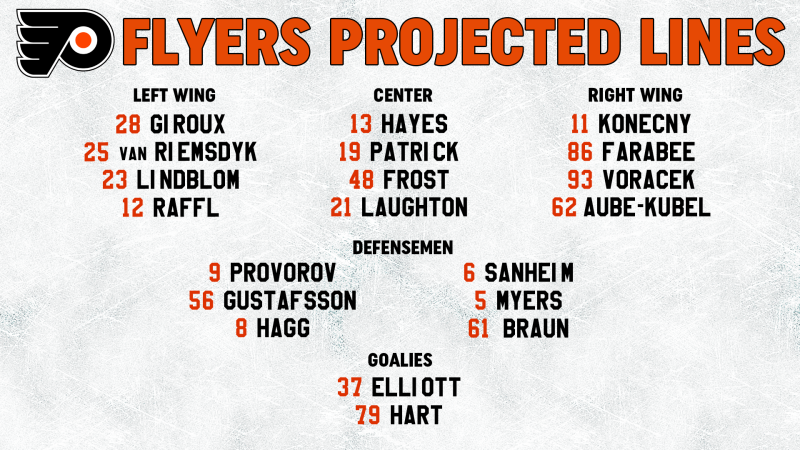 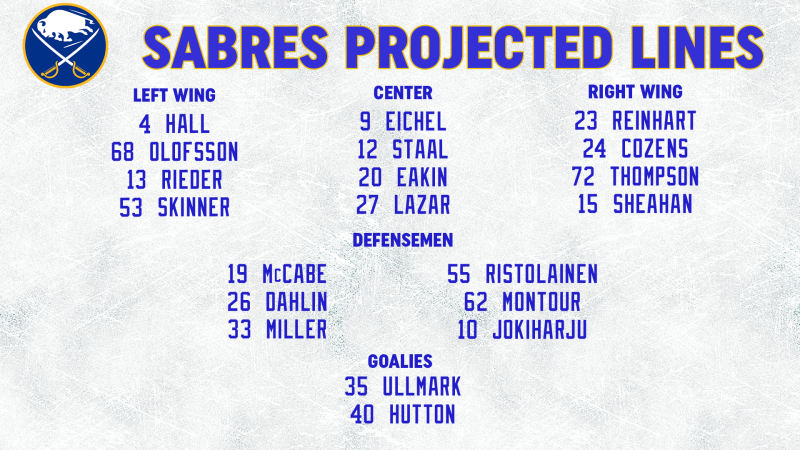