At this point in the season, there are teams gearing up for the playoff chase, perhaps a few teams still in the race making the final push, and teams with nothing left to play for but pride. The Flyers obviously fall into the latter category. Their opponent for the next two days does as well.

The Flyers open up a home-and-home series against the Buffalo Sabres on Saturday night on the road. 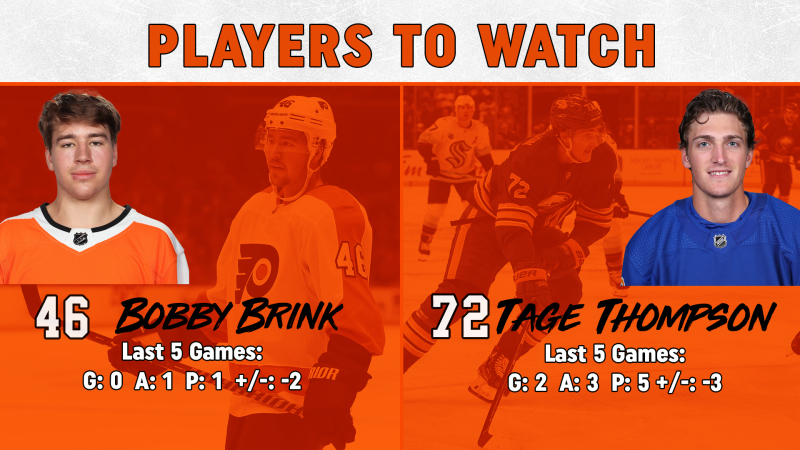 Bobby Brink has two NHL games under his belt. He picked up a late assist on the power play on Tuesday for his first NHL point, then was silenced like the rest of the team on Wednesday. Against the Sabres, he'll face a younger team that could allow him to be much more noticeable.

Tage Thompson is putting together quite the season. After topping out at eight goals and 14 points in the 2020-21 season, both career-highs, he has broken out for a career year with 33 goals and 27 assists for 60 points. He has five goals in the month of April over eight games. 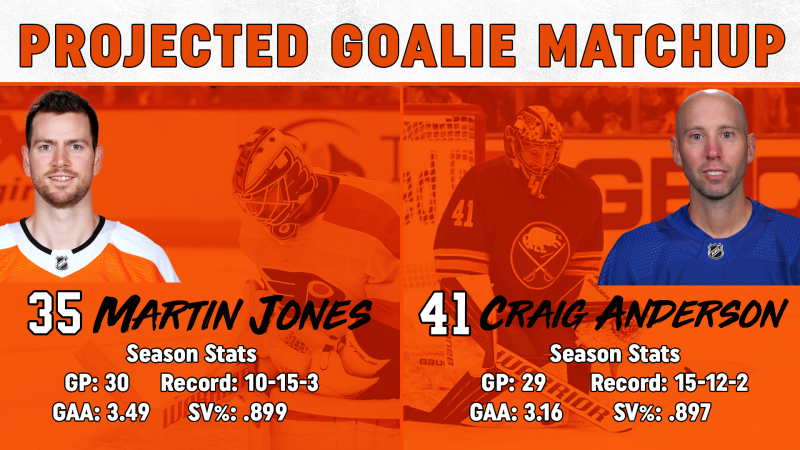 Martin Jones gets the start for the Flyers. Jones entered in relief of Carter Hart on Tuesday after an injury and gave up six goals on 27 shots.

Craig Anderson is expected to start for Buffalo. Buffalo will be starting both netminders this weekend and there's a chance Anderson may be pushed to tomorrow, but expect him to get the first go for now. Anderson allowed five goals on 27 shots in a loss to St. Louis on Thursday, but had a strong start against Toronto on Tuesday making 24 saves on 26 shots in a win. 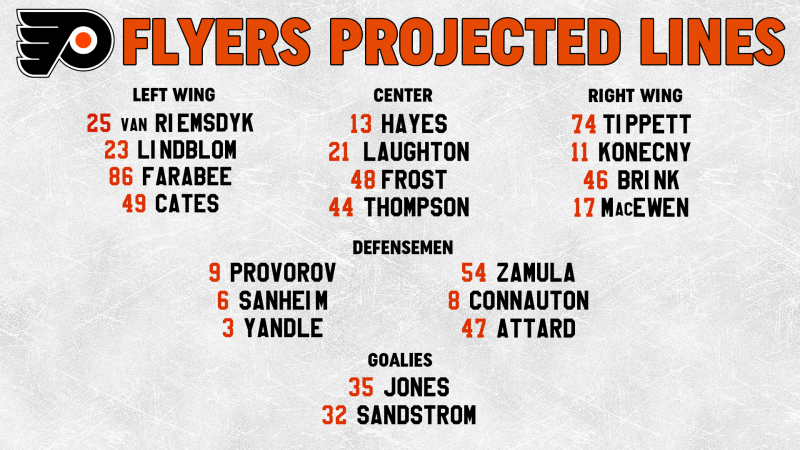 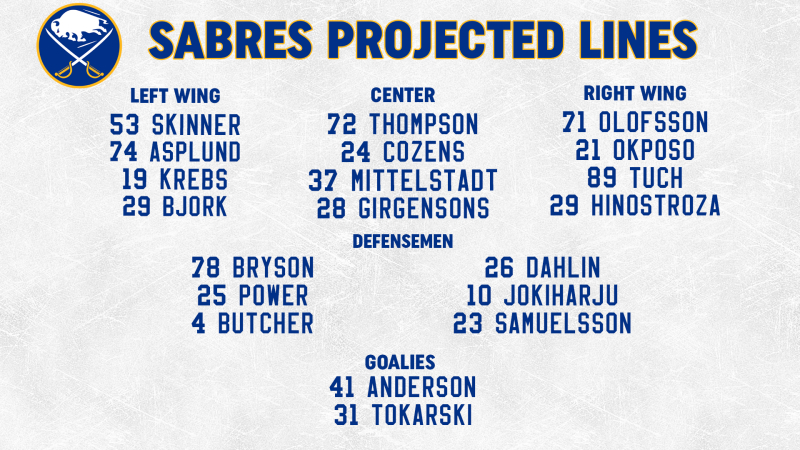