With the festivities of Thursday night's Flyers win over the Predators now in the rear-view mirror, the team takes to Ottawa. They will do so without the captain. Claude Giroux, fresh off his 1,000th NHL game, is being held out of the lineup through the weekend in anticipation of a trade being completed prior to the Monday deadline. He did not travel with the team to Ottawa.

The rest of the team takes on the Senators, looking to carry the vibes created from an emotional win on Thursday into another game. 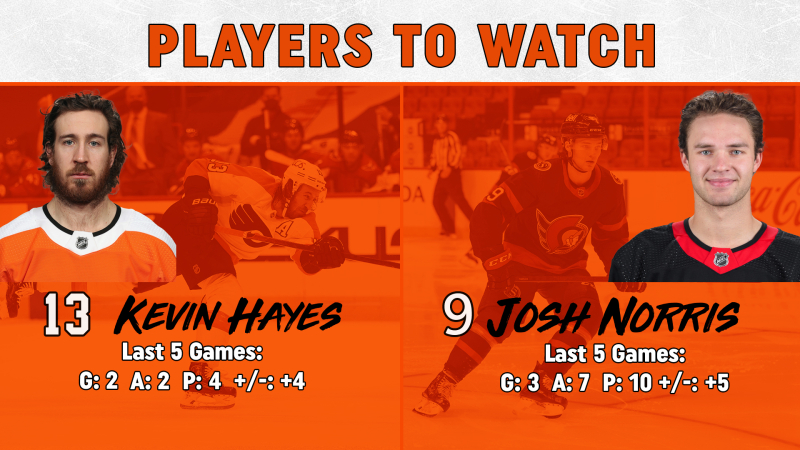 Kevin Hayes has picked things up lately since his return to the lineup. He had arguably his best game on Thursday night, scoring a goal and adding an assist in the win while being a plus-3.

Josh Norris has posted a few strong games recently. He had two goals against Arizona on Monday. He had another two-goal game on March 10. He had a three-point game on March 8. 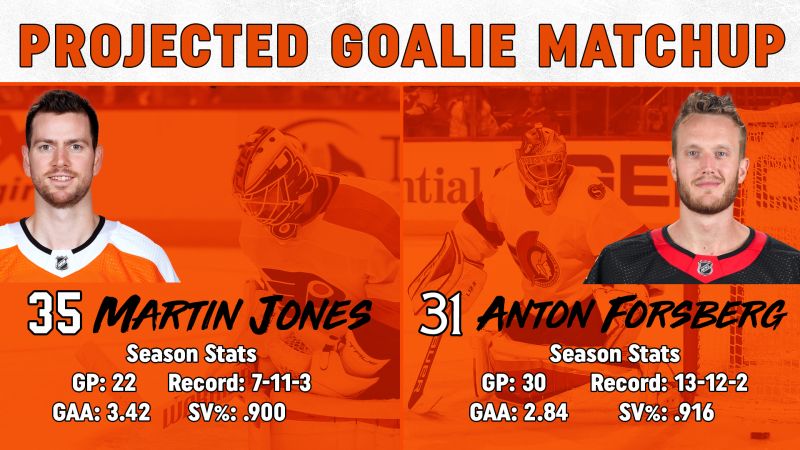 Martin Jones gets the start for the Flyers. Jones allowed two goals in a loss to Carolina last Saturday. He is still a name to watch ahead of Monday's trade deadline.

Anton Forsberg will get the start for Ottawa. Forsberg allowed three goals on 38 shots in a loss to the Blue Jackets on Wednesday. 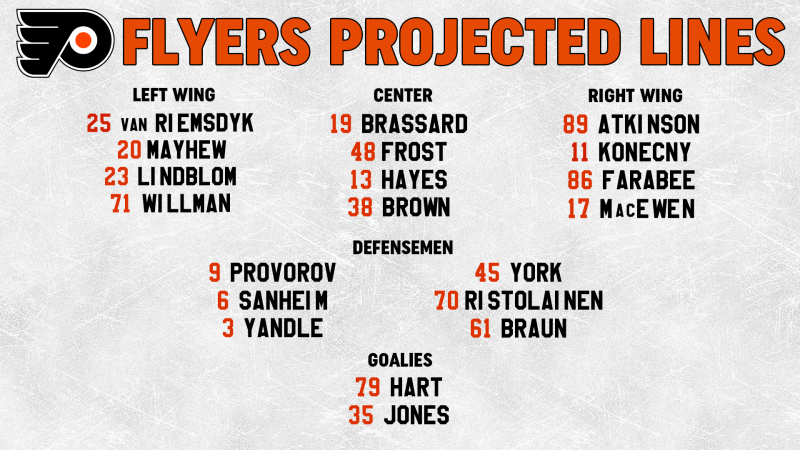 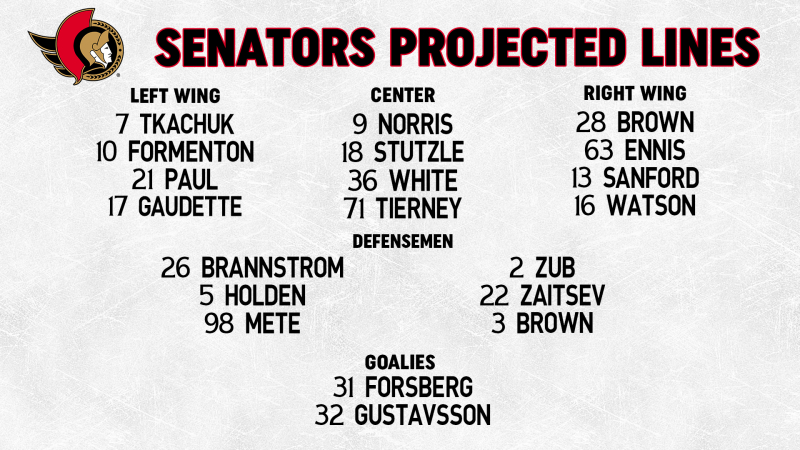