After a quick trip to Columbus didn't go as intended for the Flyers, the team comes back home for the weekend, opening up a back-to-back on Saturday afternoon. The opponent should be familiar.

The Flyers are once again taking on former captain Claude Giroux and the Ottawa Senators, only this marks Giroux's first game in Philadelphia in another uniform. 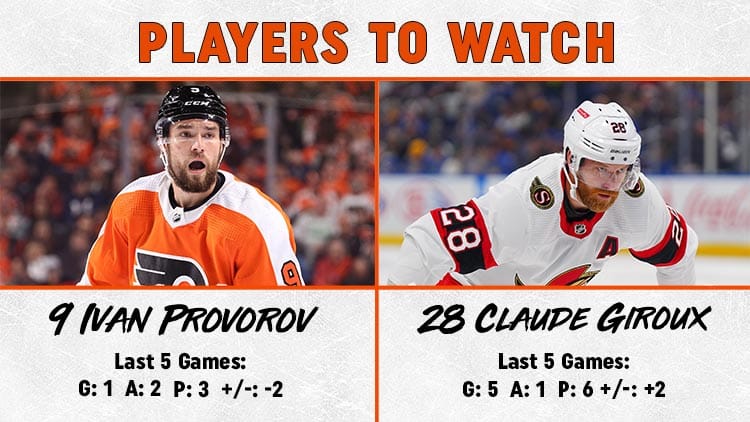 Ivan Provorov has been solid to start the season defensively, and he's picked up some points along the way. In the last two games, Provorov has nearly doubled his point total with a goal and two assists.

Claude Giroux has had the scorer's touch of late. Entering last Saturday's game against the Flyers, Giroux had scored three goals in his previous two games. He scored the lone goal against the Flyers in Ottawa's 2-1 loss and added another goal on Tuesday night to bring his season total to seven, with five of them coming in the last five games. 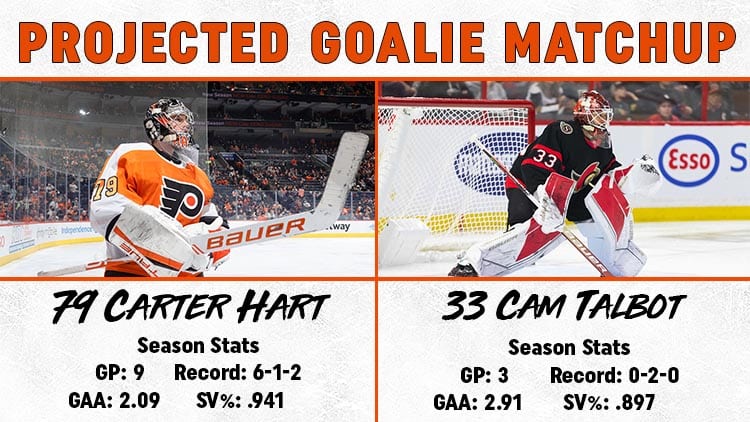 Carter Hart is expected to get the start for the Flyers. Hart suffered his first regulation loss of the season on Thursday, allowing three goals on 27 shots to Columbus. In his previous start, he picked up his sixth win of the season by making 33 saves on 34 shots against the Senators.

Cam Talbot is expected to start for Ottawa. Talbot made his first start of the season against the Flyers last Saturday, making 26 saves on 28 shots in the 2-1 loss. He also took the loss to Vancouver on Tuesday night, allowing five goals on 27 shots. 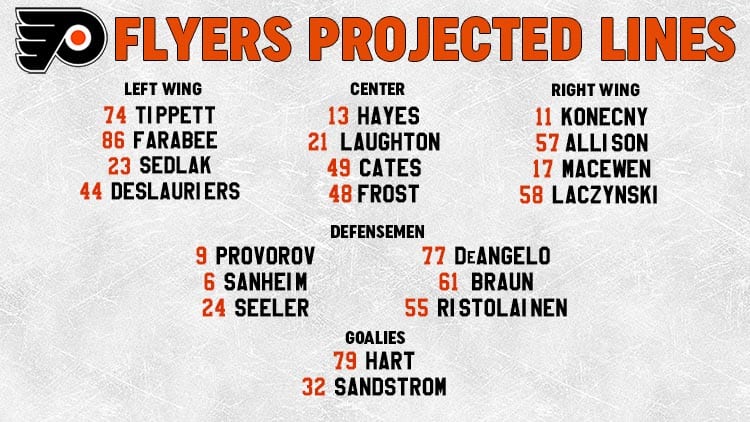 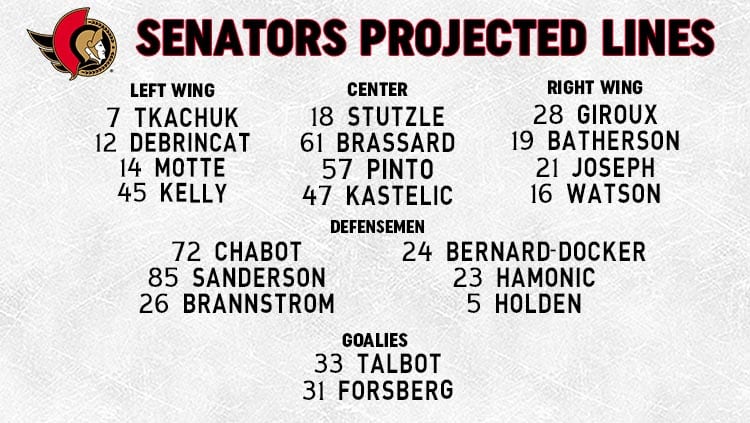