The Flyers returned to the ice on Wednesday night and picked up where they left off in similar fashion. A 3-2 overtime win in Seattle marked their fifth win in the last six games and extended their points streak.

It's a quick turnaround on Thursday, as the Flyers head to California to finish up the four-game road trip. Their first game comes in San Jose, as they take on the Sharks. 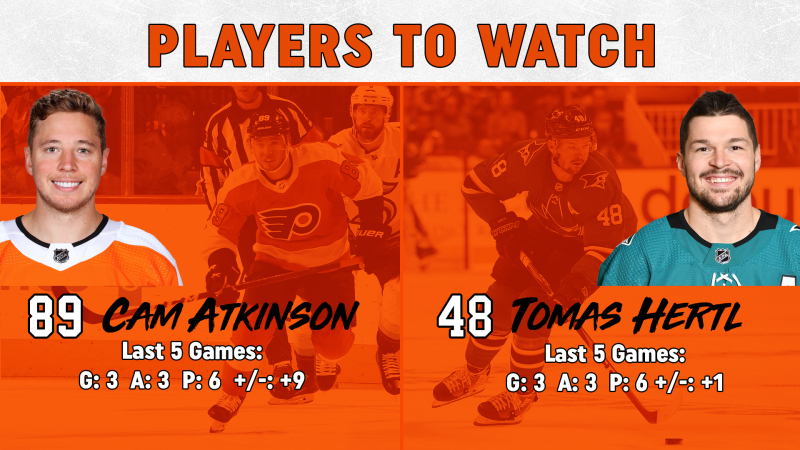 Cam Atkinson enters Thursday's game with six points in his last five games. He is also a plus-9 in that stretch, including a plus-2 in Wednesday's win in Seattle. Good things seem to happen when Atkinson is on the ice, so watch for him in this one.

Tomas Hertl picked up where he left off prior to the break in his last game. He scored a goal to extend his points streak to seven games and has seven goals and three assists in that time. Nearly half of Hertl's production this season has come during this streak and he's known to score in bunches, so keep an eye on him in this game. 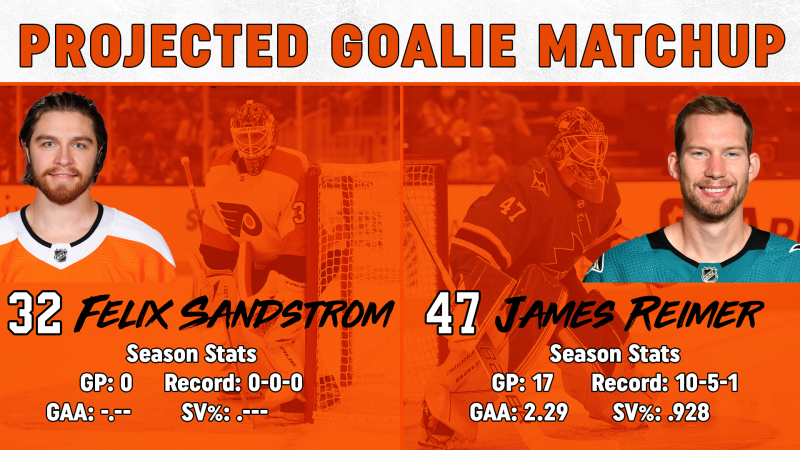 Felix Sandstrom will make his NHL debut in Thursday's game. Sandstrom served as the backup for the last two games. In 15 games in the AHL this season, Sandstrom has a 3-7-3 with a 3.08 GAA and .896 save percentage.

James Reimer will be in goal for the Sharks. Reimer made 39 saves on 46 shots in a wild 8-7 shootout win over the Arizona Coyotes on Tuesday in San Jose's return from the break. Reimer has been on a roll with wins in six of his last eight starts. Prior to the seven-goal outburst for Arizona, Reimer had allowed two goals or less in four straight starts. 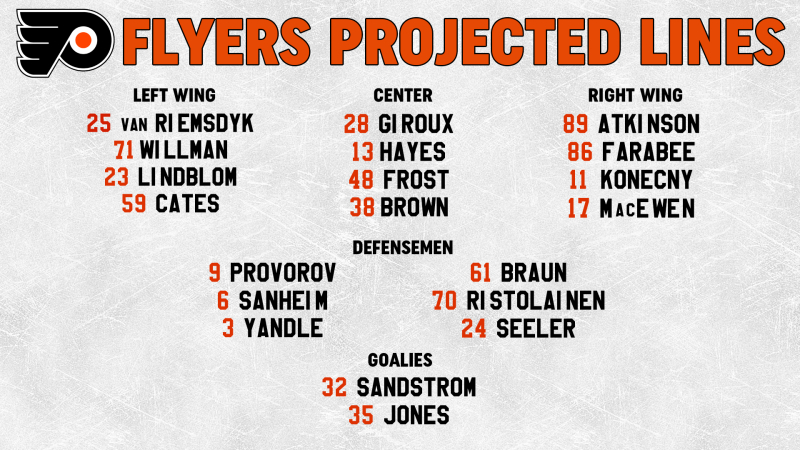 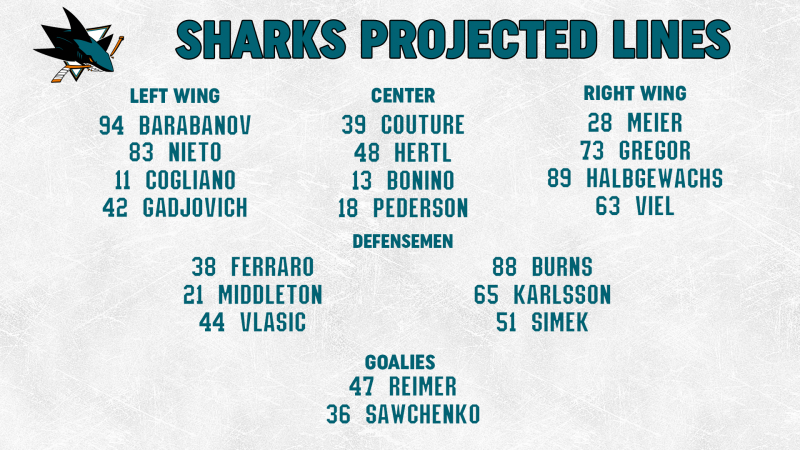