For the first time this season, the Flyers hit the road, and they must do so shorthanded once again. With Sean Couturier still out of the lineup, Morgan Frost and Phil Myers both joined him on the injured list ahead of Thursday's game. Both players will be out for weeks. This means that once again the Flyers will need players to step up.

Meanwhile, the Boston Bruins await, sitting on one win so far this season following back-to-back losses to the Devils and Islanders. As they open their schedule at home, the Bruins look to get back into the win column against a Flyers team still trying to find their footing as well and with a lot of new parts to the lineup.

The Flyers and Bruins face off on Thursday night at 7 p.m. 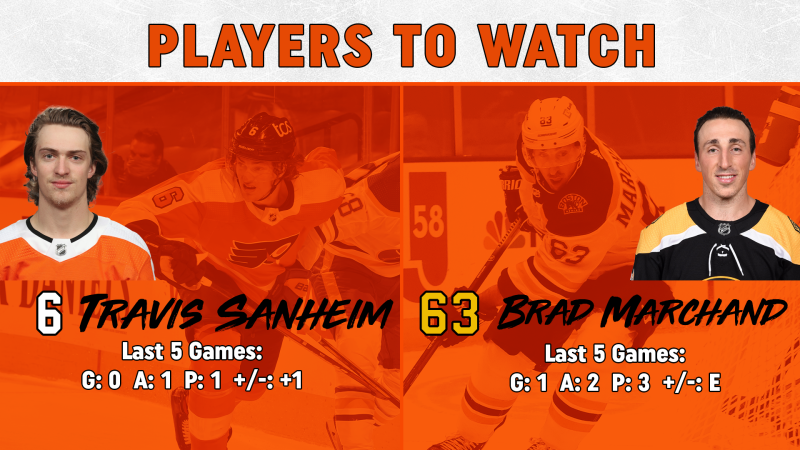 The Flyers have needed players to step up in the wake of injury, and Travis Sanheim certainly did his part on Tuesday, logging over 25 minutes of ice time and playing in key situations throughout the game. He made a number of smart defensive plays as well, keeping the game in the Flyers control. Sanheim has had some offensive success against the Bruins in the past, but his defensive game will need to be on point in this one.
Scoring has been hard to come by for the Bruins so far this season, but Brad Marchand has had something to do with each goal they have scored. He scored their first goal of the season, and then assisted on the next two. Marchand even struck for a goal in the shootout win to open their season against the Devils, so he's been involved in just about all of the offense so far. Marchand has always had great success against the Flyers, and will certainly look to spark his team to a better performance than they have shown to start the season. 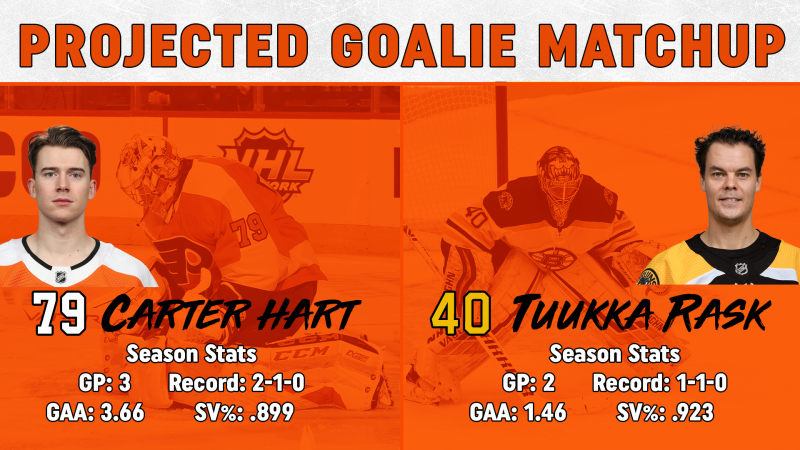 Carter Hart will get back in goal for the Flyers after Monday's rough start. While certainly not all on him, Hart wasn't at his best on Monday and he gets an opportunity to bounce back himself on Thursday night in Boston. Hart did look solid in his first two games, picking up wins in both.Tuukka Rask gets the start in goal for the Bruins on Thursday. Rask was in goal for Monday's 1-0 loss for the Bruins against the Islanders, allowing the only goal of the game with 4:09 to play in the third. Rask has been excellent to start the season, allowing just three goals in two games. 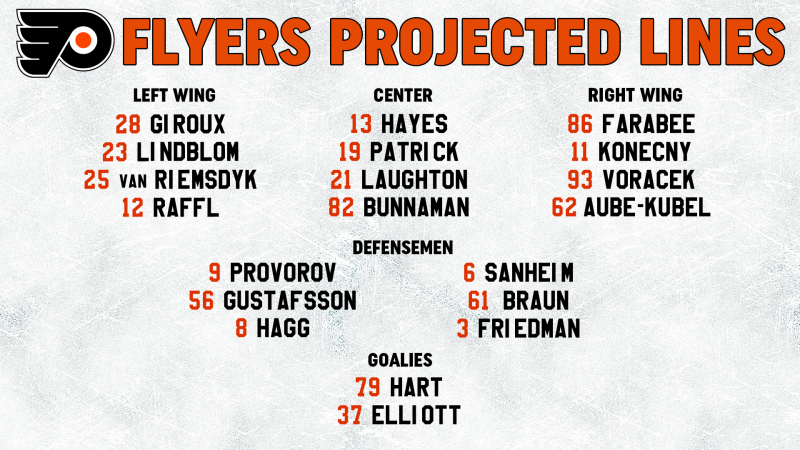 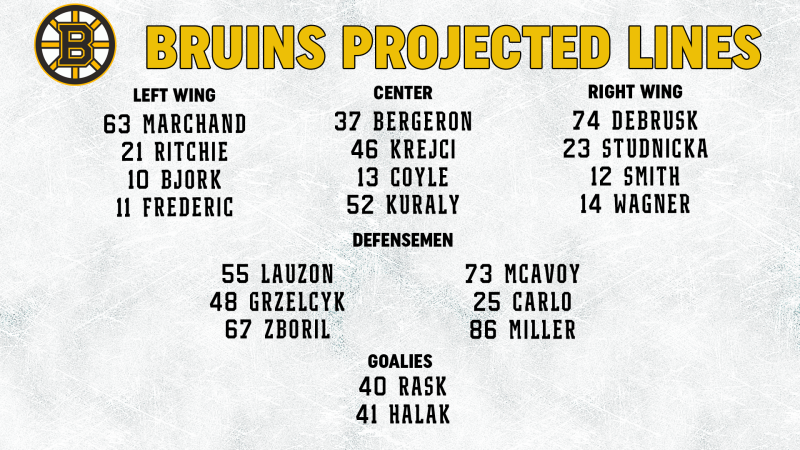