After two games on the road, the Flyers make their return home for the three of the next four games, the final four before the trade deadline arrives. There could be some changes to come to the lineup in that time.

Just over 24 hours after completing a 3-1 loss in Carolina to close out a two-game trip, the Flyers go from facing two of the top three teams in the league to the league's worst team, the Montreal Canadiens. 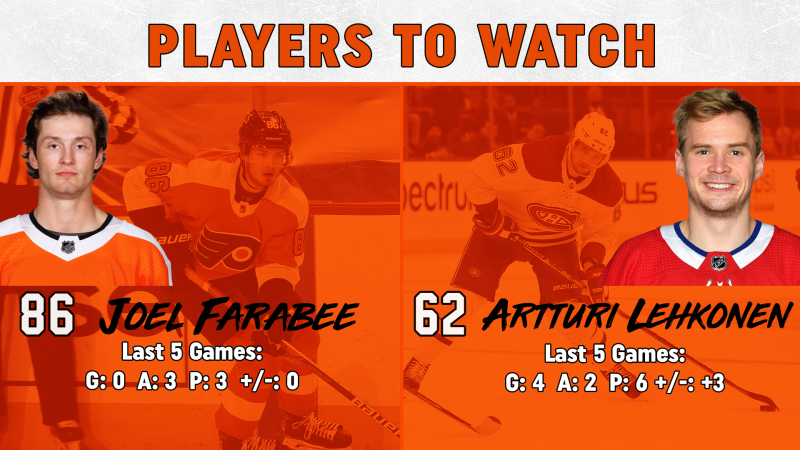 Joel Farabee made his return to the Flyers lineup on Feb. 26 and picked up an assist. He had a three-assist game last Saturday against Chicago, but has been held off the scoresheet for three straight games, though he's had some good scoring chances.

Entering Saturday night's game against Seattle, Artturi Lehkonen had six goals in his last five games. While he was held without a point in that game, snapping a five-game points streak, he's on a hot streak at the moment. Carter Hart is will start in goal. Hart made 31 saves in his last start on Thursday, allowing five goals including four in a first period where he was peppered with 18 shots. After getting the day off on Saturday, he will return to the net for his 38th start of the season.

Cayden Primeau is expected to get the start in goal for Montreal. Primeau has made just 11 appearances this season, including just nine starts. His only win of the season came on Dec. 16 in a shootout against the Flyers. The son of former Flyers captain Keith Primeau, the local product grew up in Voorhees, NJ, and played at Bishop Eustace High School before playing for the US National Development Team Program and two seasons in the NCAA at Northeastern University. 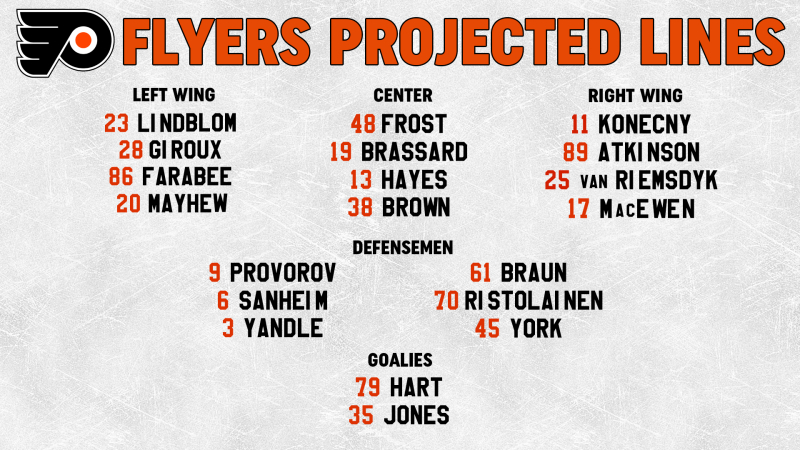 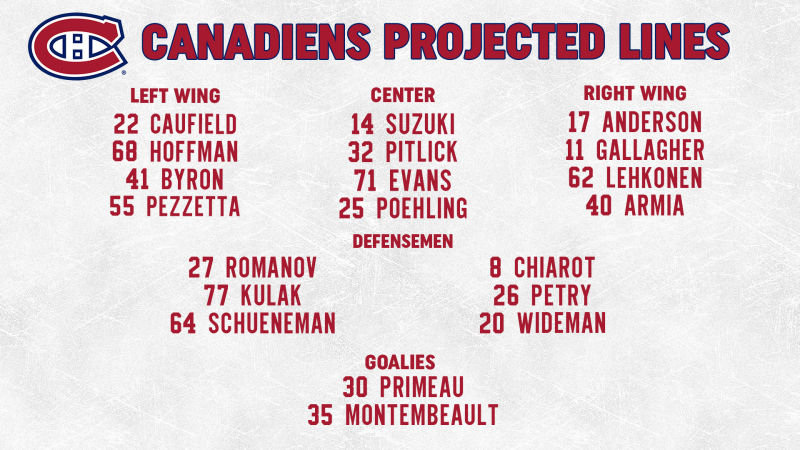