The Flyers closed out a three-game series in Pittsburgh with a 4-3 loss in regulation, pushing them back into a tie for the final playoff spot. As the season nears the halfway point, the schedule only gets tougher.

The Flyers will take on the Washington Capitals three times this week, starting with a Sunday night meeting to close out a stretch of six games in nine nights.

Sean Couturier had his eight-game points streak snapped on Saturday, marking just the second time this season Couturier played in a game without recording a point. Couturier made his return to the lineup a month ago against the Capitals and had an excellent game in his return, capped off with the game-winning goal.

Alex Ovechkin is riding a bit of a cold streak in terms of production with just one goal and two points in his last five games, but he is always dangerous, especially on the power play. Given the Flyers penalty killing struggles, that could certainly come into play in this game. Not to mention, Ovechkin took over the game in the first period when these teams met a month ago. 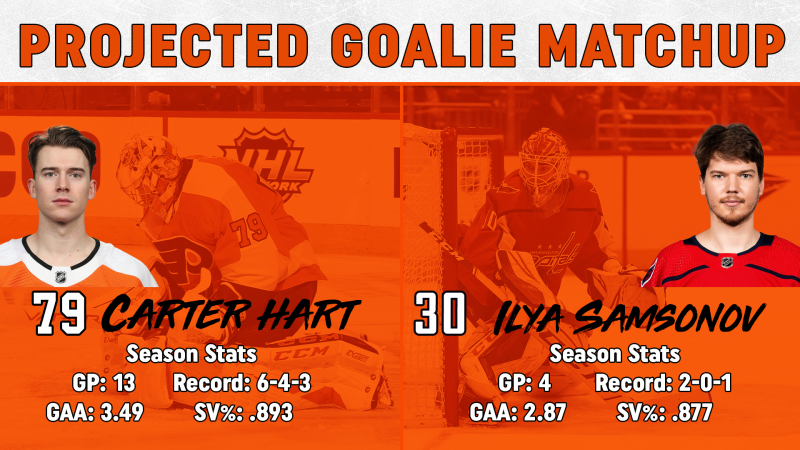 The Flyers go back to Carter Hart for Sunday's game. Hart posted a shutout win a week ago, but was on the hook in a 5-2 loss to the Penguins on Tuesday. Hart's up-and-down season continues against the Capitals, who struck for four goals against him in their first meeting of the season.

The Capitals will go with Ilya Samsonov in goal. Samsonov was unavailable the last time the Flyers met the Capitals due to his placement on the COVID list. Samsonov is playing in just his fifth game of the season, and third since returning from the COVID list on Feb. 28. He did get some ice time on Friday in relief of Vitek Vanecek, making six saves on seven shots. 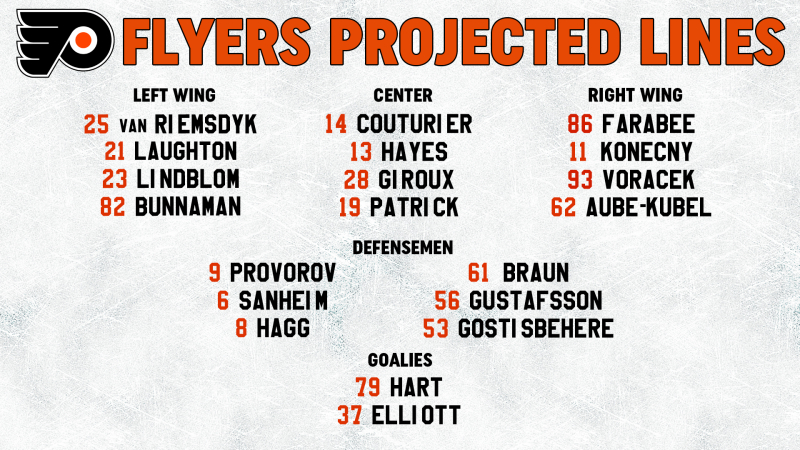 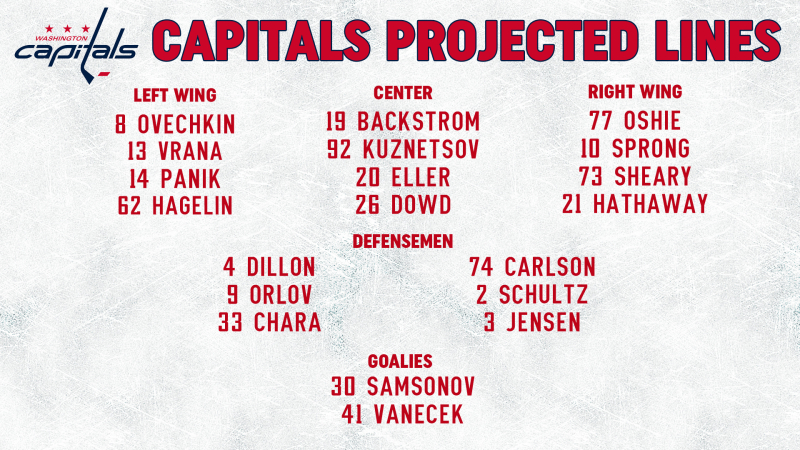