The trade deadline has come and gone. For the Flyers, there are minimal changes for now, as they bid farewell to two players on expiring contracts at the end of the season in Michael Raffl and Erik Gustafsson. They also locked up Scott Laughton for the next five seasons.

The Washington Capitals, however, were busy. In addition to acquiring Raffl from the Flyers, they also made a blockbuster deal with Detroit, acquiring Anthony Mantha for Jakub Vrana and Richard Panik, plus a pair of draft picks. While Raffl is out for Tuesday's game between the two, Mantha will make his debut with the Capitals. 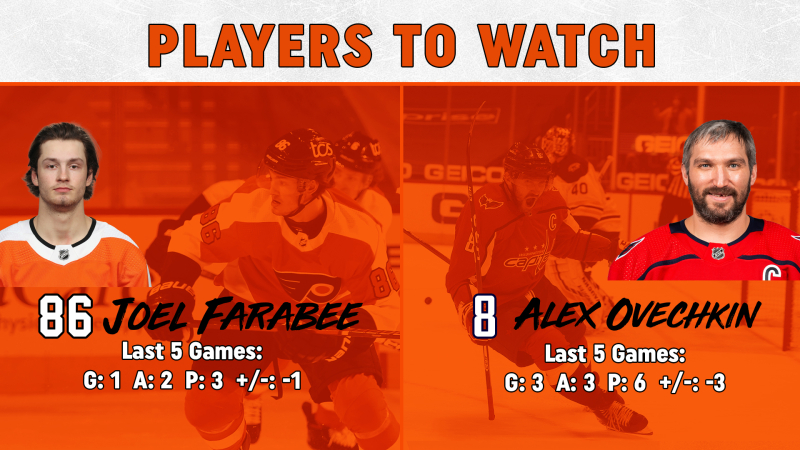 Joel Farabee got a goal and an assist on Sunday, finally breaking through for a goal for the first time in 10 games. Farabee continues to lead the team in goals this season and has emerged as a player that you can build the offensive group around. It will be worth watching to see if that goal can get him heating up again.

Alex Ovechkin continues to get the job done, and has increased his goal total to 21 on the season with 14 games remaining for Washington. A 30-goal season is still very much on the table for the Capitals captain and he looks to keep it going against the Flyers. Ovechkin has scored in all four games against the Flyers this season, totaling five goals. 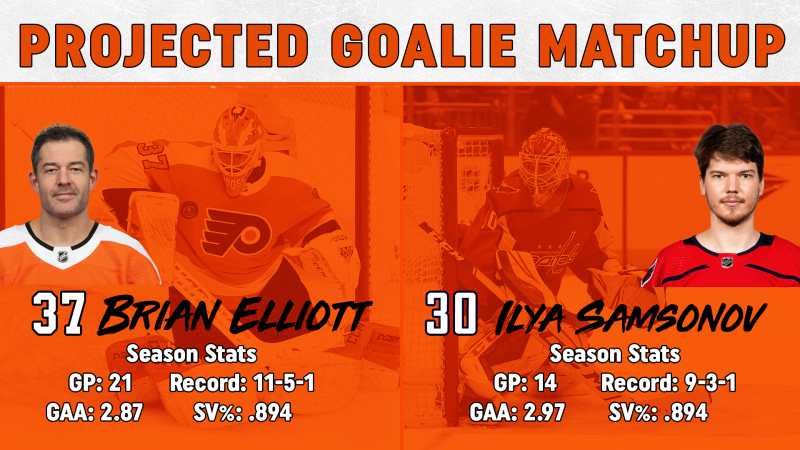 Brian Elliott is expected to get back in goal on Tuesday. Elliott made 30 saves in Saturday's win against Boston and it was his fourth in his last five games.

Ilya Samsonov gets the start for Washington. While Samsonov has taken the loss in two of his last three starts, he did pick up three straight wins against the Flyers in March. 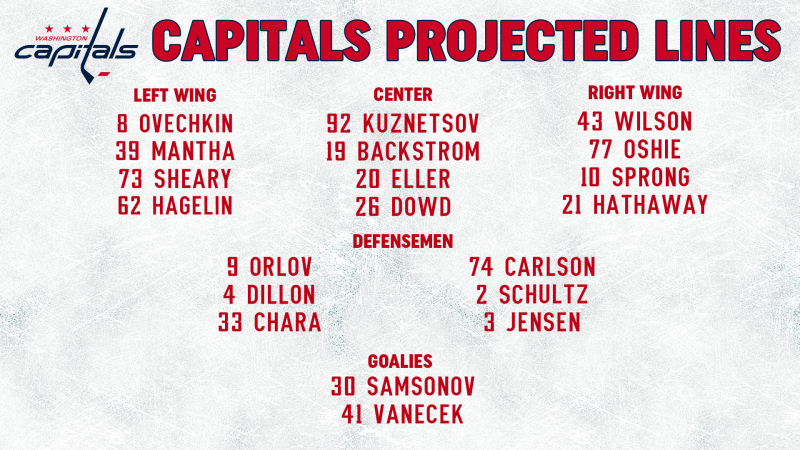 CHECK IT OUT: 100 sports records and the stories behind them