For most of the week, the hockey world has been completely focused on the Washington Capitals. The Flyers make the trip to DC for a weekend back-to-back with three games remaining on their schedule.

The Capitals have a lot to play for, looking to claim an edge in the East Division race. Just like earlier this week against Pittsburgh, the Flyers look to play spoiler, starting with Friday night's opener. 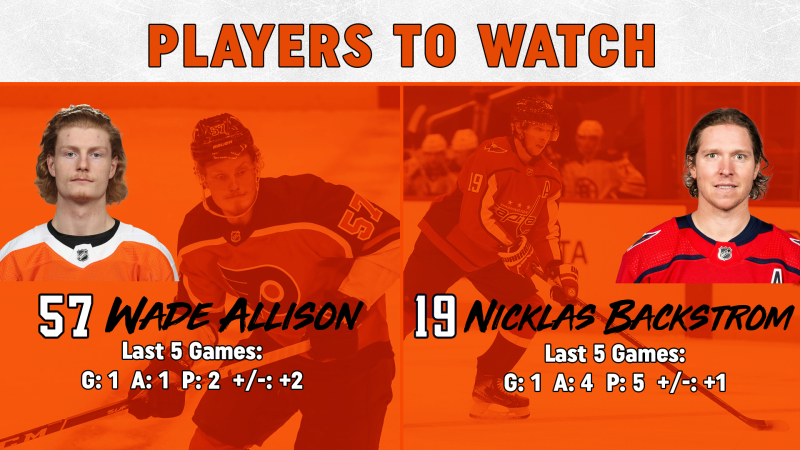 Wade Allison continues to be a focal point of the lineup in these closing games. As a relative newcomer, his performance is strictly to see what you have toward next season's team, and the winger has shown flashes of offensive ability.

Missing a few pieces from the lineup, Nicklas Backstrom is putting the finishing touches on a solid season overall, posting a point per game this season. Backstrom has five points in his last five games, including a three-assist game against Pittsburgh. 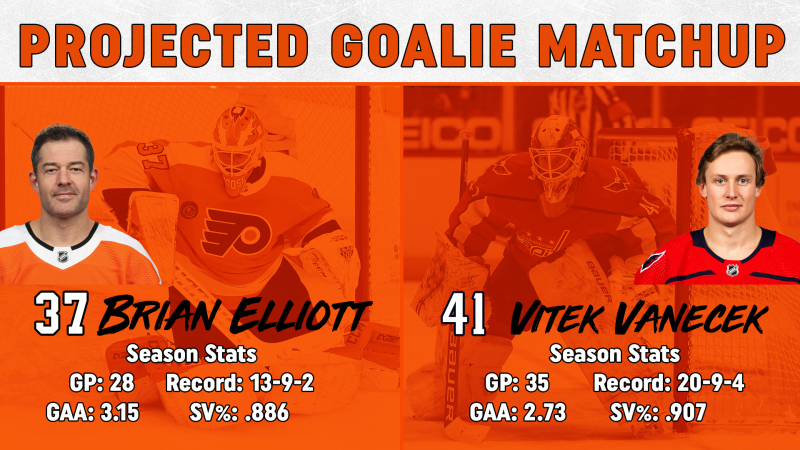 Brian Elliott gets another start for the Flyers. It's been a struggle down the stretch for Elliott as he carries the bulk of the starts. He looks to finish the season on a high note, starting with Friday's outing.

Vitek Vanecek is getting a good bulk of the starts with Ilya Samsonov out of the lineup on COVID protocol. Vanecek has had some up-and-down results lately, but has solid overall numbers this season. 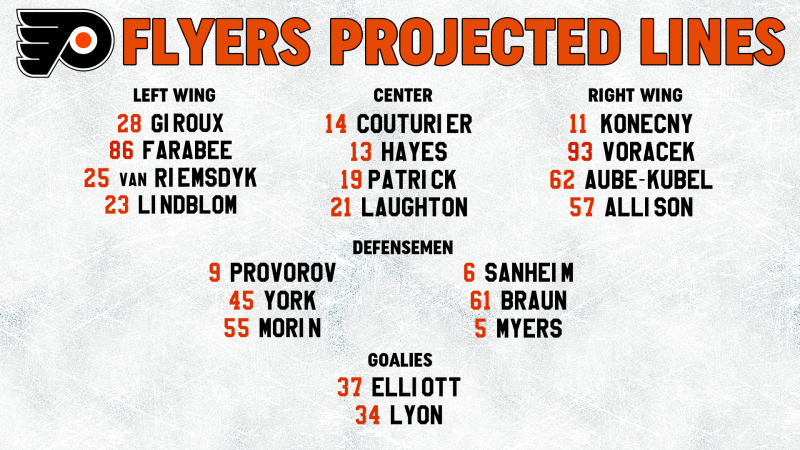 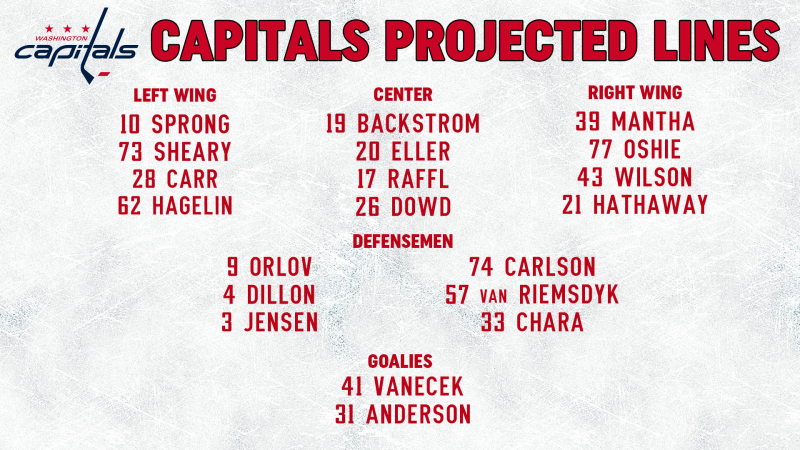