The Flyers got another solid performance from young players in a win over the Washington Capitals on Friday night that seriously put some implications on the division race.

The Capitals chances at the division title took a hit in that loss, one they will be looking to avenge in the final meeting of the season between the two sides on Saturday night. 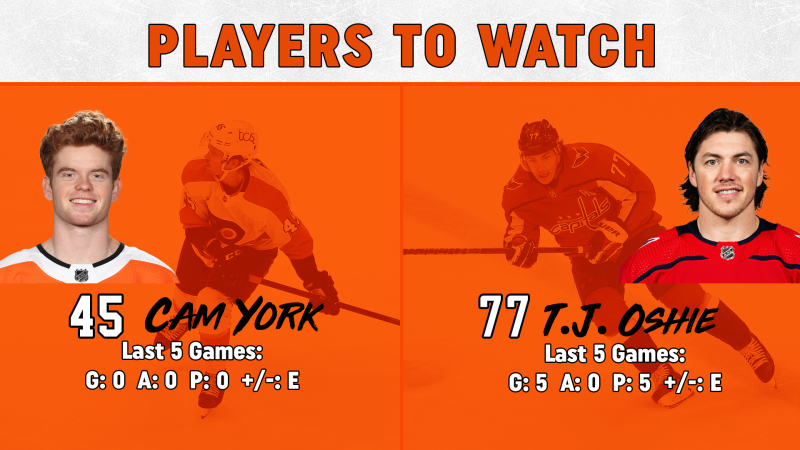 Cam York made his NHL debut on Friday and displayed some outstanding skating ability and good skills on the power play. In his second NHL game on Saturday, he'll be worth watching again.

T.J. Oshie has been on a hot streak of late. His inspirational hat trick in his first game back after the passing of his father has been the highlight, but Oshie has eight goals in his last eight games. Alex Lyon gets the start on Saturday. Lyon got his first win of the season on Monday night, making 35 saves in a 7-2 win over the Penguins. This could be Lyon's last start in goal, so he'll be looking to make another solid one. He also started against the Capitals on April 17, allowing five goals on 40 shots in the loss.

Craig Anderson makes just his second start of the season on Saturday night. Anderson played the final 22:45 of a loss to the Flyers on Feb. 7, allowing two goals on eight shots and taking the loss in relief. His only start came on Feb. 21, allowing three goals on 26 shots in a win over the Devils. Anderson also appeared in the final 24:44 of the Capitals game against Buffalo on April 15, making saves on all eight shots he faced. 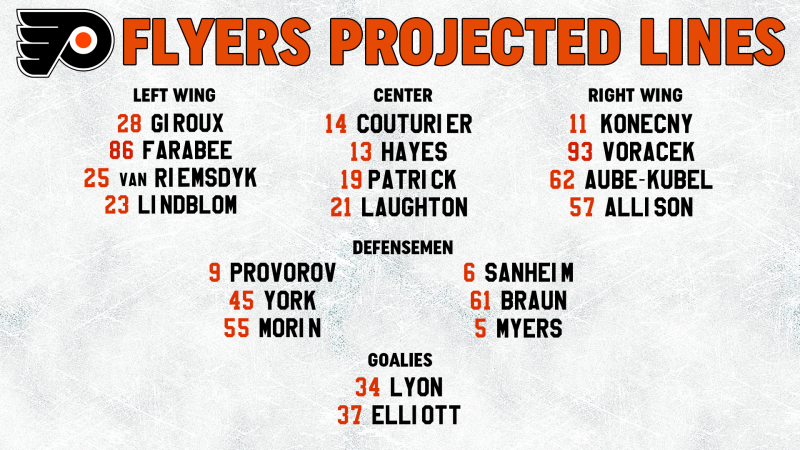 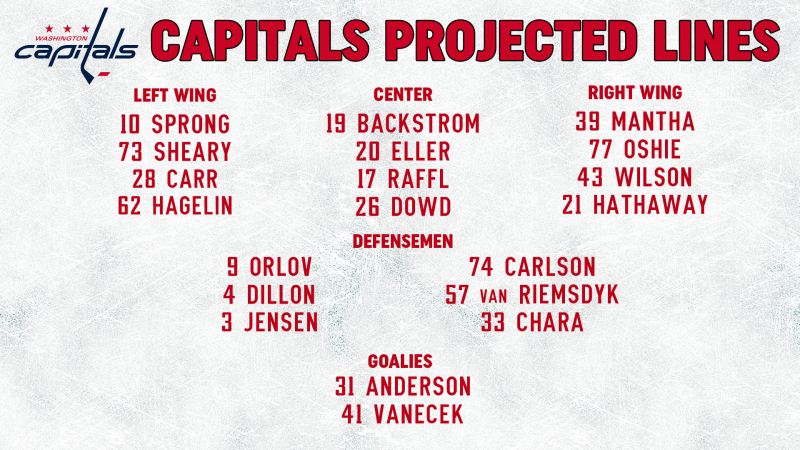